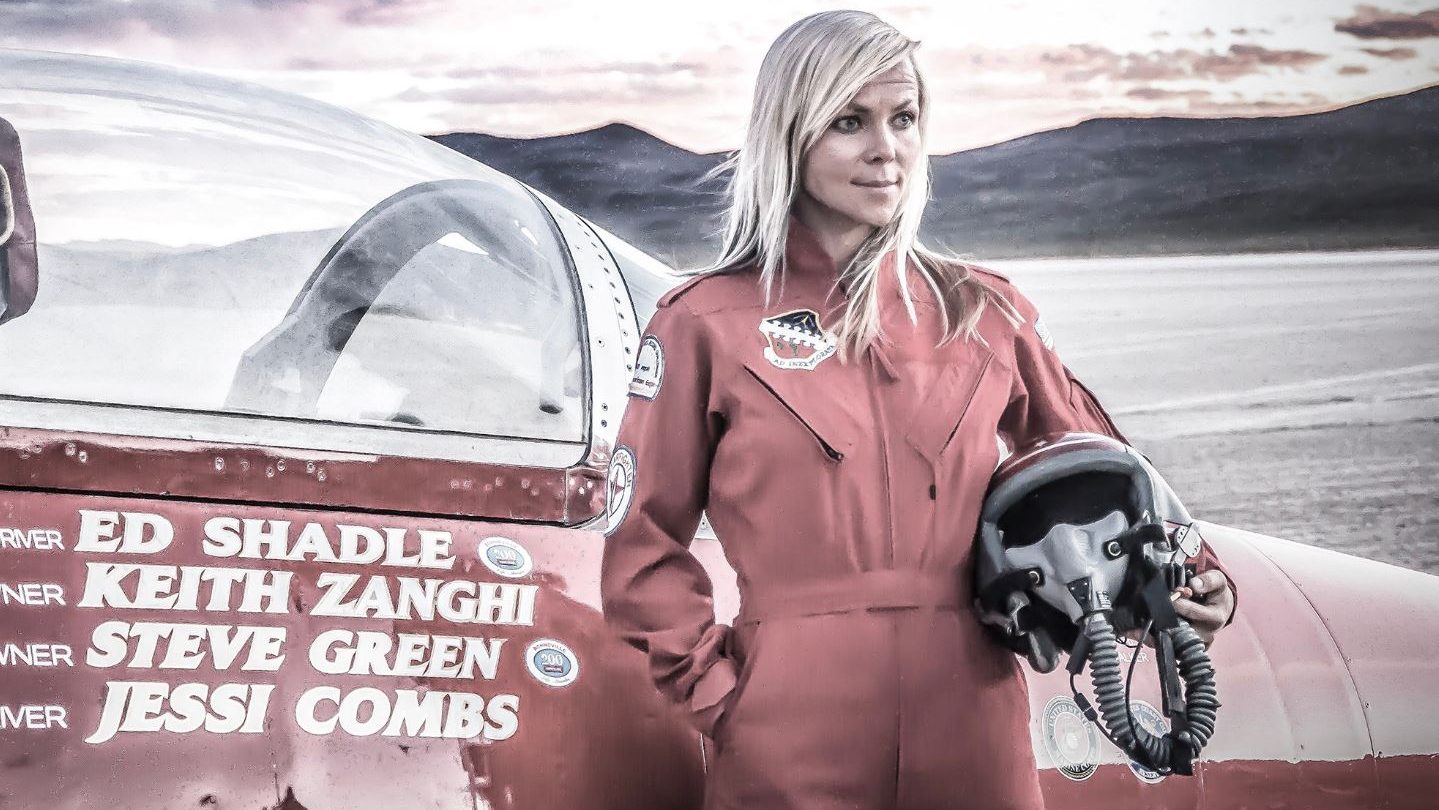 Jessi Combs, the current women’s record-holder for fastest speed in a 4-wheeled vehicle, was killed in a jet car crash while attempting to best her own speed record. The crash occurred during a run in the Alvord Desert in Oregon, a dry lake bed favored for its flat terrain. She was 39 years old.

Her name might not immediately ring a bell, but there’s a good chance you’ll recognize Combs thanks to her appearances on a number of television shows. She appeared on Overhaulin’ on the Discovery channel, and replaced Kari Byron as a co-host of Mythbusters for a dozen episodes as well.

Combs has been praised for her fabrication skills and was a highly experienced welder. Her talents came in handy when she took up racing and eventually found herself piloting the fastest land vehicles on the planet.

As local news reports explain, the crash itself is still under investigation, and the cause remains unknown according to local authorities.

This wasn’t Combs’ first time driving in Alvord, and she knew the area well enough to reach a speed of over 438 mph during a trial run in the same vehicle in 2018. During that drive, part of the vehicle’s door failed, causing it to be ripped from the vehicle, but Combs’ managed to bring it to a safe stop.

Jessi’s family released the following statement shortly after the news of the crash broke:

It is with extreme grief, and in celebration of her life that her family and close friends share that race car driver, and TV personality Jessi Combs, passed away in a fatal crash, where she was pursuing a land speed record in the North American Eagle on August, 27th 2019 on a dry lake bed in Oregon. The details of the crash have not been released at this time.

Jessi was known for her bright smile, positivity, and tenacious pursuit of the fulfillment of her dreams. Her drive was infectious, and she served as a role model for young Girls, and Women around the world. People that loved her and followed her became family, all bonded together by adventure and passion. Her fans adored her, and she lived to inspire them. Jessi’s most notable dream was to become the fastest woman on Earth, a dream she had been chasing since 2012. Combs was one of the rare dreamers with the bravery to turn those possibilities into reality, and she left this earth driving faster than any other woman in history.

Surrounded by her family and friends at the time of her passing, Jessi lived fearlessly and her legacy lives on in the countless lives she touched.

Jessi is known for her hosting work on television series including “All Girls Garage”, “Overhaulin’ “, Extreme 4×4 and Autoblog’s “The List”.

A celebration of Jessi’s life in being planned and a foundation is being created to continue her efforts to empower women and young girls to follow their dreams.