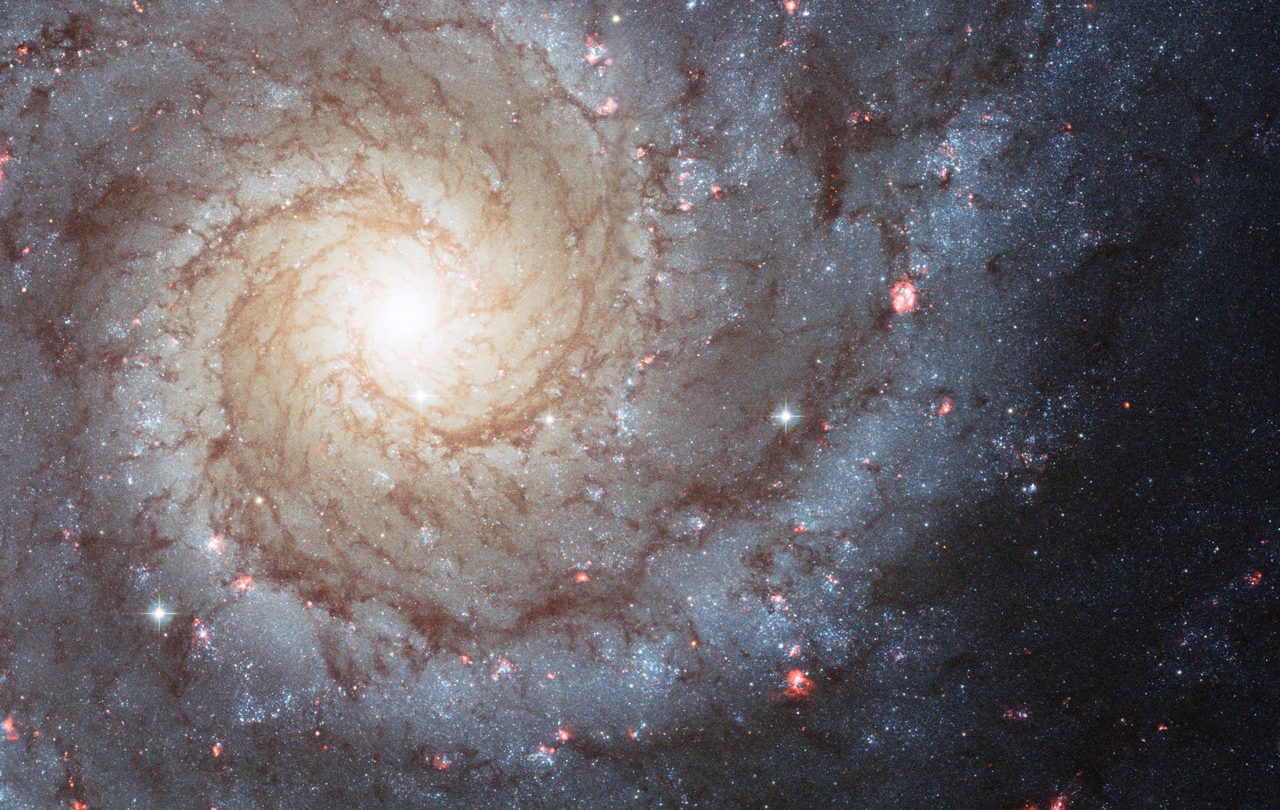 The James Webb space telescope has captured a new image of the Phantom Galaxy in detail as you’ve never seen before. The Phantom Galaxy, also known as Messier 74, is a spiral-armed galaxy located around 32 million light-years from Earth. Images of the galaxy have appeared in the past, but the latest capture by James Webb is the most detailed look at this beautiful galaxy we have ever been given.

James Webb has captured a breathtaking photo of Phantom Galaxy

The new image was captured as part of James Webb’s collaboration with the PHANGS project.

PHANGS, short for Physics at High Angular Resolution in Nearby Galaxies, previously conducted the first survey of stellar nurseries across 90 galaxies. Its observations of Messier 74 led to this new James Webb image of the Phantom Galaxy and were part of an investigation in 19 nearby galaxies.

The PHANGS project wants to understand better how stars form. As a result, it has looked towards Messier 74 and other galaxies around our own for those answers. So far, the results of those observations have left many of us breathless.

This isn’t the first time we’ve looked at Messier 74, either. Previously, the Hubble space telescope captured an image of the galaxy.

While breathtaking in and of itself, that image didn’t contain nearly the same amount of detail seen in James Webb’s capture of the Phantom Galaxy. Messier 74 is often called the Phantom Galaxy because of its faint appearance in our sky. This makes it very difficult to spot—even impossible at times. Thus, it has become known as a phantom within the astronomy community.

These ongoing observations are just continuations of James Webb’s work to study our universe. Back in July, NASA unveiled James Webb’s first images. Those images gave us a detailed and colorful look at the early universe. Now, James Webb is slated to explore even more of the universe using its infrared sensors. These sensors allow us to see beyond normal human standards.

Getting another great look at the Phantom Galaxy is a by-product of James Webb’s ongoing work. Previously we’ve also been given great images of other galaxies and even a look at an Einstein Ring located 12 billion light-years away.