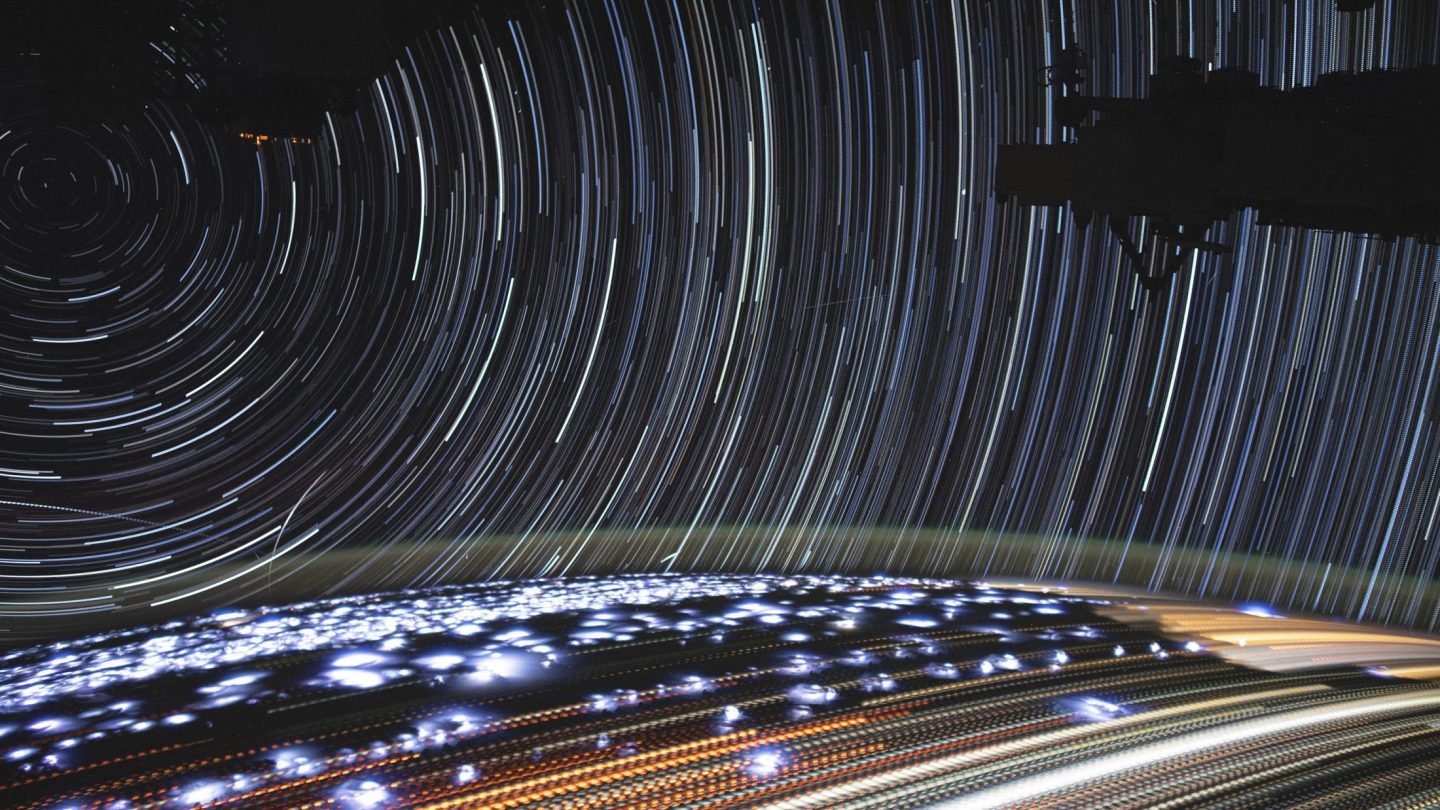 Astronauts aboard the International Space Station get to see a lot of cool things. The orbiting laboratory completes a full lap of Earth in a mere 92 minutes, so its residents are constantly seeing sunrises, sunsets, and all the stars they could possibly want. It also makes the space station the perfect place to snap a timelapse photo, and NASA’s Christina Koch did just that.

Normally, a timelapse image showing this much star activity would take an entire night to capture, but because of the speed at which the ISS orbits Earth, it took just 11 minutes. It’s the result of some 400 separate photos that were captured as the space station passed over a large swath of Africa.

City lights, stars, lightning storms, even satellite flares–A composite of individual photos stacked on top of each other to show all the amazing things we see at night out our window. pic.twitter.com/goDma6dkkP

There’s a lot to see in this photo, and NASA was kind enough to provide us with a bit of info on what all the lovely colors represent:

The image includes many natural and artificial lights that an astronaut may see during an orbit at night. On the ground, stationary features like cities appear as pale yellow-white dotted streaks; with each dot marking another frame captured. Many of the thinner dotted lines with darker orange hues are fires burning across Angola and the Democratic Republic of the Congo.

The bright spots you see that don’t appear as streaks are actually flashes of lightning produced by large thunderstorms moving across Africa. The greenish glow you see on the horizon is actually Earth’s upper atmosphere.

It’s a very cool photo, and a great example of the eye candy astronauts get to enjoy once they arrive on the ISS. The space station is currently in the midst of Expedition 61, which features a trio of NASA scientists, a pair of Russian cosmonauts, and a single astronaut from the European Space Agency. The work will continue through early 2020.