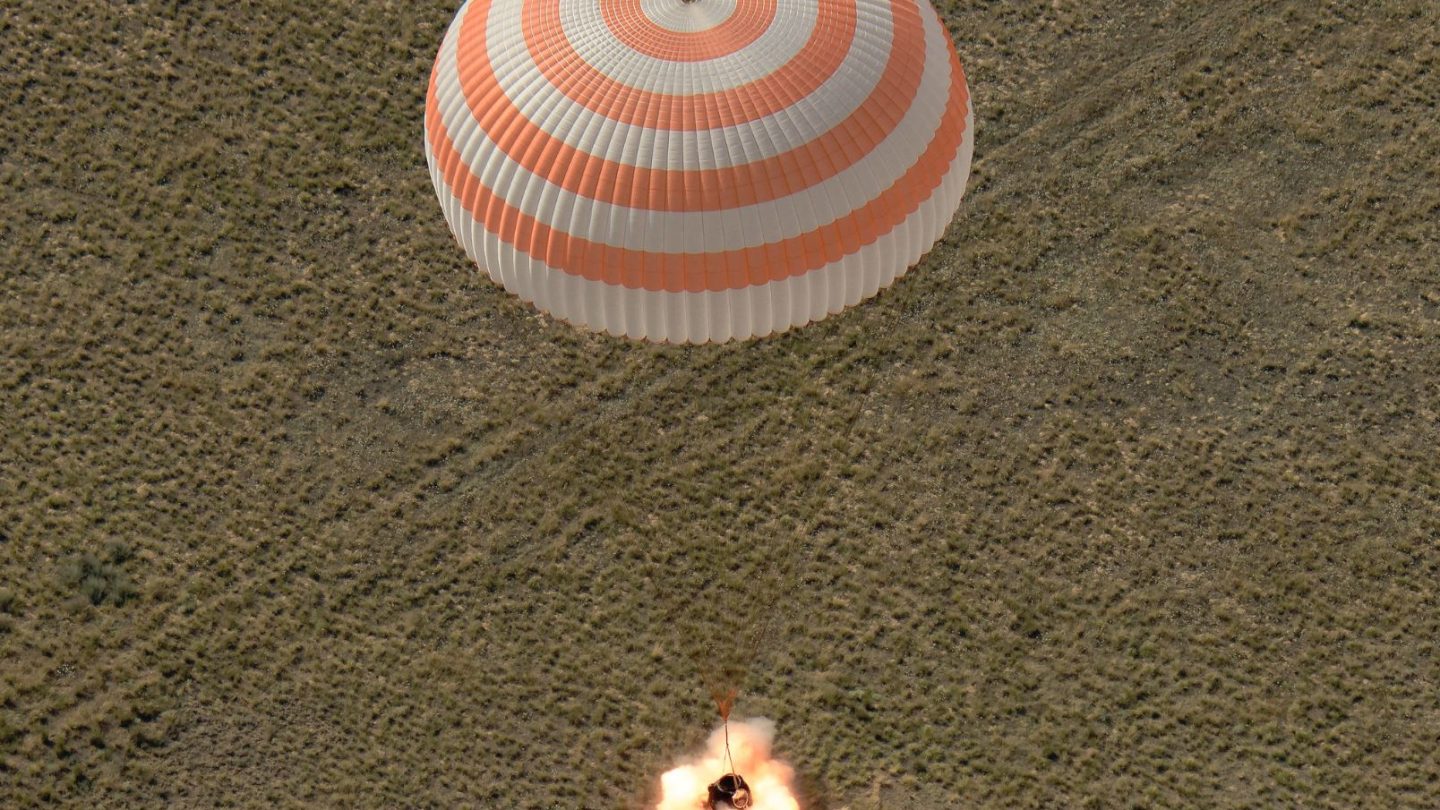 Being chosen to spend time aboard the International Space Station is a privilege that only the tiniest fraction of people will ever experience. But all good things must come to an end, and this week marked the end of Expedition 59 aboard the ISS, and half of the space station’s six-person crew just arrived back on Earth.

The trio — Russian cosmonaut Oleg Kononenko, astronaut David Saint-Jacques of Canada, and NASA’s Anne McClain — spent over 200 days in space, but it took just a few hours for them to make the trip back to solid ground.

The crew rode back to Earth on Russia’s Soyuz-11 spacecraft, which cruised back down to the planet and landed in Kazakhstan. The three scientists were part of both Expedition 58 and Expedition 59 during their time aboard the space station.

With the departure of McClain, Saint-Jacques, and Kononenko, that leaves NASA’s Nick Hague and Christina Koch still on the space station, along with Russia’s Alexy Ovchinin as the commander. The three will eventually be joined by a trio of new travelers from NASA, the European Space Agency, and Roscosmos.

A launch on July 20th will see NASA’s Drew Morgan, ESA’s Luca Parmitano, and Russia’s Aleksandr Skvortsov join the current ISS crew for the start of Expedition 60. NASA offers a brief preview of what the next ISS expedition hopes to accomplish:

During Expedition 60, researchers will 3D print organ-like tissues in microgravity, examine the physical interactions of liquid, rocks and microorganisms, evaluate the creation of novel silica forms and structures, and analyze the spreading and penetration of a liquid on a porous surface.

Expedition 60 will stretch from late July through October of 2019, at which point Hague, Kock, and Ovchinin will return to Earth aboard the Soyuz MS-12 spacecraft.