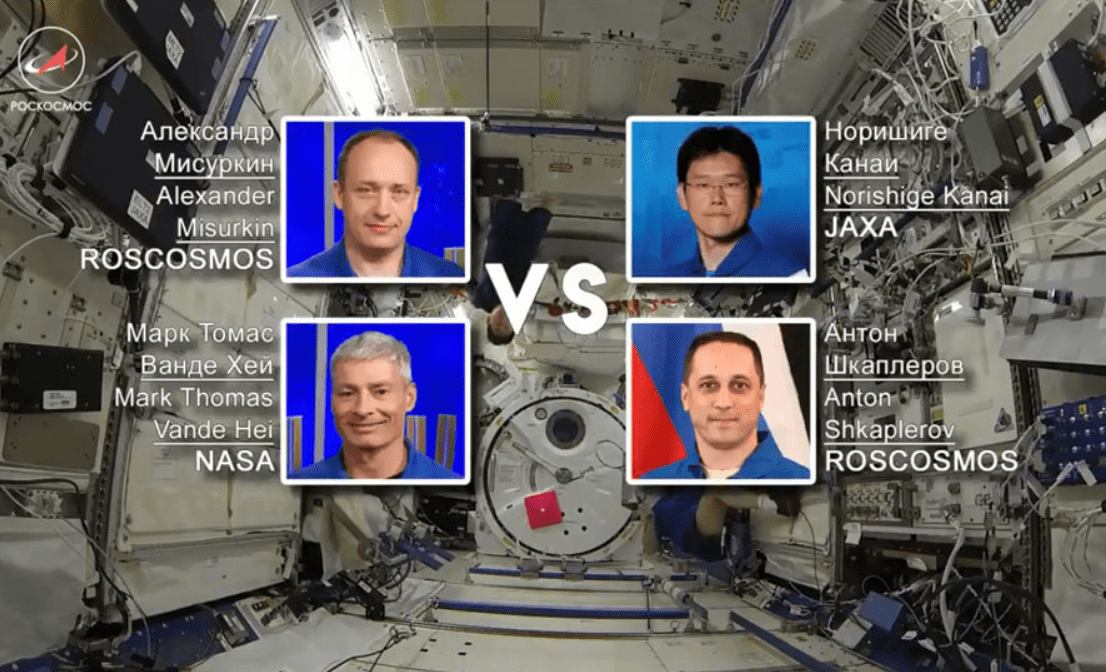 Yesterday, Elon Musk’s SpaceX made history with the successful launch of the Falcon Heavy rocket, but that wasn’t the only notable space “first” to happen on February 6th. On board the International Space Station, Russian cosmonauts and astronauts from NASA and the Japanese space agency played what is being considered the first sporting event in space. It was a doubles game of badminton, and it sure looks like a lot of fun.

Played in zero gravity, the match took place in one of the space station’s larger modules, and required a special set of “space rules” that are a whole lot different from what you’d expect here on Earth. Needless to say, the entire thing was pretty weird.

During the match, American astronauts teamed up with Russian cosmonauts as well as one of the Japanese astronauts. The somewhat cramped conditions and lack of gravity inside the module facilitated some very creative play styles, including the players anchoring themselves to any side of the module that made sense. This resulted in teammates often being upside down from each other, because space.

According to Roscosmos, the Russian space agency, the teams didn’t keep track of the score, and declared that “friendship won” in the end. That’s probably a good way to do it, considering the space station’s residents have to live in very close proximity to each other and nobody wants rivalries to impact the much more important scientific goals.

Only in space: Cosmonauts face off against astronauts for the inaugural title of space badminton champion aboard the International Space Station. @roscosmos @NASA @Space_Station pic.twitter.com/BSwtniq2sz

A few brief video clips have made their way online, showcasing how the match played out. As you can see, the numerous instruments and gadgets lining the module’s walls made for some tricky gameplay, but it looks like all of the participants had a good time.

In fact, the brief event was such a success that NASA astronaut Mark Vande Hei has suggested the possibility of adding a module to long-haul spacecraft specifically for playing games. The idea being that friendly competition will be a great way to keep the mental health of astronauts in check, while also helping to build bonds between crew members. On manned space flights to other worlds such as Mars, physical activity and mental health will be big hurdles, but perhaps sports can save the day.