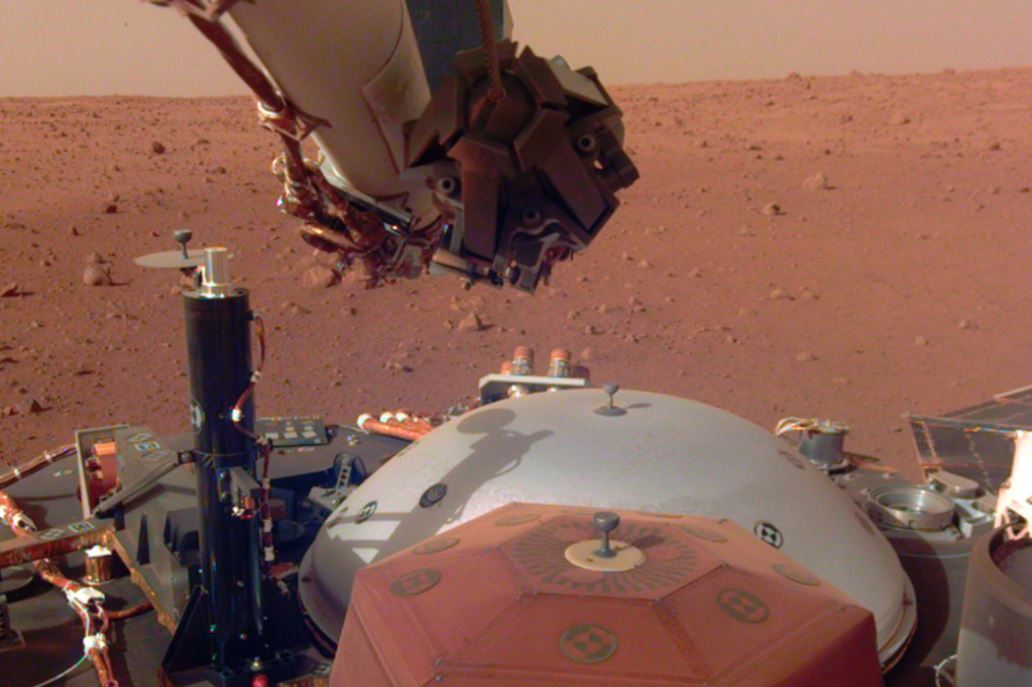 NASA’s InSight lander has experienced its fair share of hardship since landing on the Red Planet late in 2018. In the months since it touched down on Mars, it’s gotten more attention for getting its drilling instrument stuck in the surface than it has for actually conducting science.

Despite its setbacks, the high-tech lander has been working hard and listening closely for rumblings within the planet. As NASA explains in an update, InSight’s mission of detecting quakes is going rather well, with over 100 quake candidates and nearly two dozen events that the science team firmly believes are indeed marsquakes.

This is great news for researchers hoping to learn more about how quakes on Mars compare to those on Earth, and the work hasn’t been without its surprises. Early on, the lander heard absolutely nothing, with no hint of a rumble until several months after landing.

Then, the very first quake that the lander’s sensitive electronic “ears” picked up threw the science team for a loop with a shockingly high frequency. Eventually, more quakes came, and most of those matched what scientists had expected to hear all along.

NASA’s scientists have had to do a whole lot more than simply listening, however, as the Red Planet has a habit of generating sounds that could easily trick the lander’s instruments. Wind gusts can generate noise that can sound like rumbling, and the lander itself often produces sounds that researchers have to flag and ignore.

For example, when temperatures on the surface change, such as when night falls and shrouds the lander in darkness, some parts of the lander contract, producing sharp clinking noises. InSight’s mechanical ears hear all of that, and it’s up to the science team to separate that noise from the sounds coming from within the planet.

Along with the brief update on the mission, NASA links to a pair of audio files that it says are representative of the quakes the InSight lander has heard since it arrived. The low rumbling sound is actually a quake rolling across the Martian surface, and the lander’s suite of sensors uses those waves to get a better idea of what’s going on deep below.