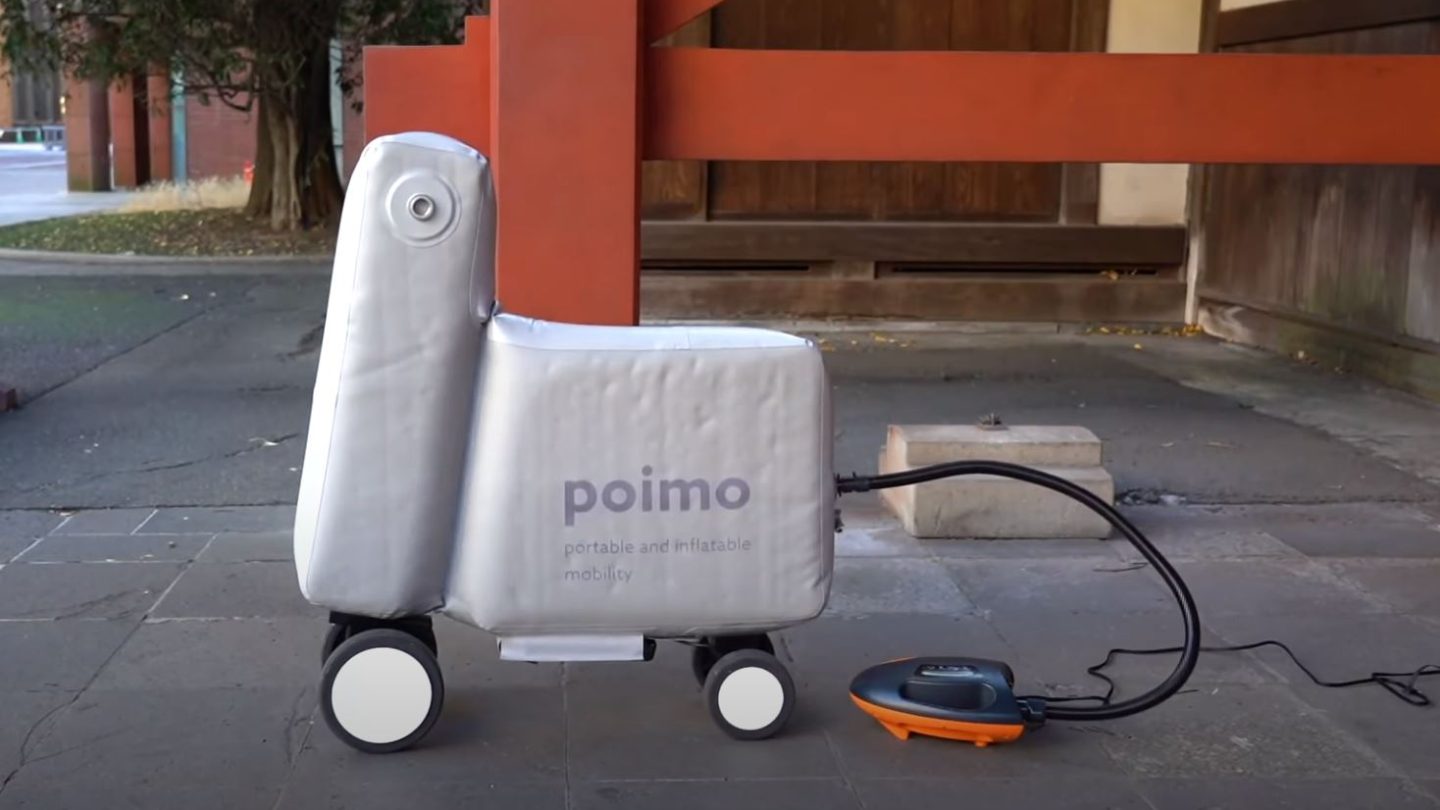 Significantly fewer people are worried about commuting these days, what with an ongoing global health crisis and all that, but that doesn’t mean there isn’t room for innovation in personal transportation. The Poimo electric bike, developed at the University of Tokyo is most definitely innovative, and it also happens to fit in a backpack.

The secret to the Poimo’s ultra-portability is that it’s inflatable. Yep, it’s an inflatable electric bike that you can actually ride. It looks a little bit silly, but that’s a small price to pay for being able to pull a vehicle out of your backpack.

The team that developed Poimo wanted to emphasize portability above all else. That’s fairly obvious from the design, but it also means that it’s not the most practical vehicle on the planet, and getting it ready for a rider takes more than a few steps.

For starters, you have to inflate the main body. That means you’ll need either a portable electric pump or a hand pump, but the latter would be pretty time-consuming. After the body is blown up, components like the front handles, wheels, battery, and motor have to be installed. As Gizmodo notes, the research team that developed Poimo says that this prototype doesn’t necessarily reflect a finished product. There’s a chance that this process could be streamlined while also reducing the overall weight of the vehicle’s components, which currently sits at around 12 pounds.

“We envision ‘Soft Mobility,’ which is a new type of personal mobility made of soft, lightweight, and inflatable materials,” the team explains. “A soft body enables safer user interactions with pedestrians and drivers; the lightweight and inflatable properties allow the users to easily carry it as a ‘portable device,’ by deflating, folding, and packing it into, for example, a backpack.”

I mean, it certainly sounds cool, and aside from the time it would take you to construct it in the middle of a sidewalk, it seems pretty convenient, too. Riding an e-bike that wouldn’t cause injuries if you accidentally hit someone is a great idea, even if the product itself looks a bit, well, odd. Whether people would actually be willing to buy something like this depends on other factors that aren’t yet hashed out, like battery life, range, and price.