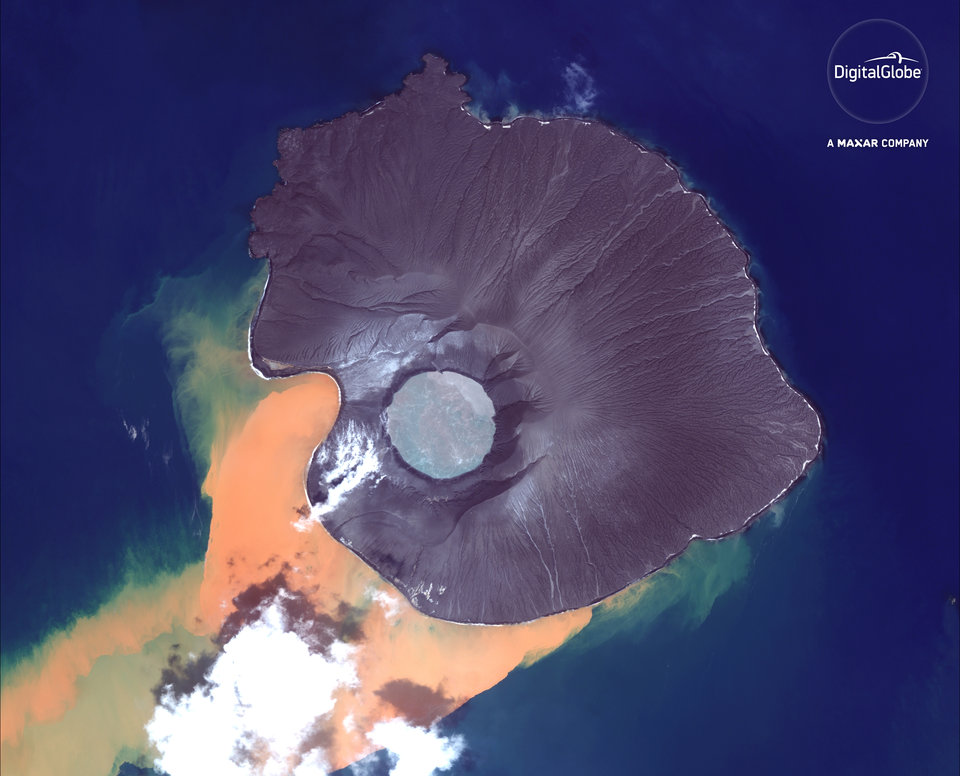 A big chunk of the Anak Krakatau volcano collapsed last month off the coast of a couple of Indonesian islands, with the collapse of that 158-acre section into the water transforming the volcano into basically a flat pancake of its former self. Post-collapse, the volcano that used to tower more than 1,100 feet into the sky was now just a quarter of that size.

The collapse also had a deadly consequence. It triggered a tsunami with waves of up to 10 feet tall that slammed into the Indonesian islands of Java and Sumatra. More than 400 people were killed, 1,400 were injured and thousands more were left without homes.

Dwikorita Karnawati, who heads up Indonesia’s meteorological agency, told The Guardian the volcano had been belching lava and ash for months until the chunk of its south-west side collapsed. “This caused an underwater landslide and eventually caused the tsunami.”

Øystein Lund Andersen is a nature photographer who regularly takes shots of volcanoes in the area. He posted these dramatic images on Twitter last week. On the left, you can see the volcano earlier in 2018, before the collapse, and another image captured just a few days ago that makes it seem like a giant hand basically flattened the volcano:

Image-comparison of Anak-Krakatau before and after collapse, showing the major changes to the volcanic Island. First photo captured 5th August and second photo taken by @EarthUncutTV today. 1/3 #AnakKrakatau pic.twitter.com/uXcU3cGydt

This episode has reportedly spurred calls for an improvement in Indonesia’s tsunami-warning apparatus. Because it was a volcano and not an earthquake that triggered the tsunami, no warning was issued. Residents along the coast also didn’t see or note any warning signs — until the waves began to arrive.

16-year-old Azki Kurniawan told The Guardian that when people started rushing into the lobby of the Patra Comfort hotel is when he knew something was wrong.

He’d been crying, and his eyes were red, as he explained: “Suddenly, a one-meter wave hit me. I was thrown into the fence of a building about 30 meters from the beach and held on to the fence as strong as I could, trying to resist the water, which felt like it would drag me back into the sea. I cried in fear … ‘This is a tsunami?’ I was afraid I would die.”