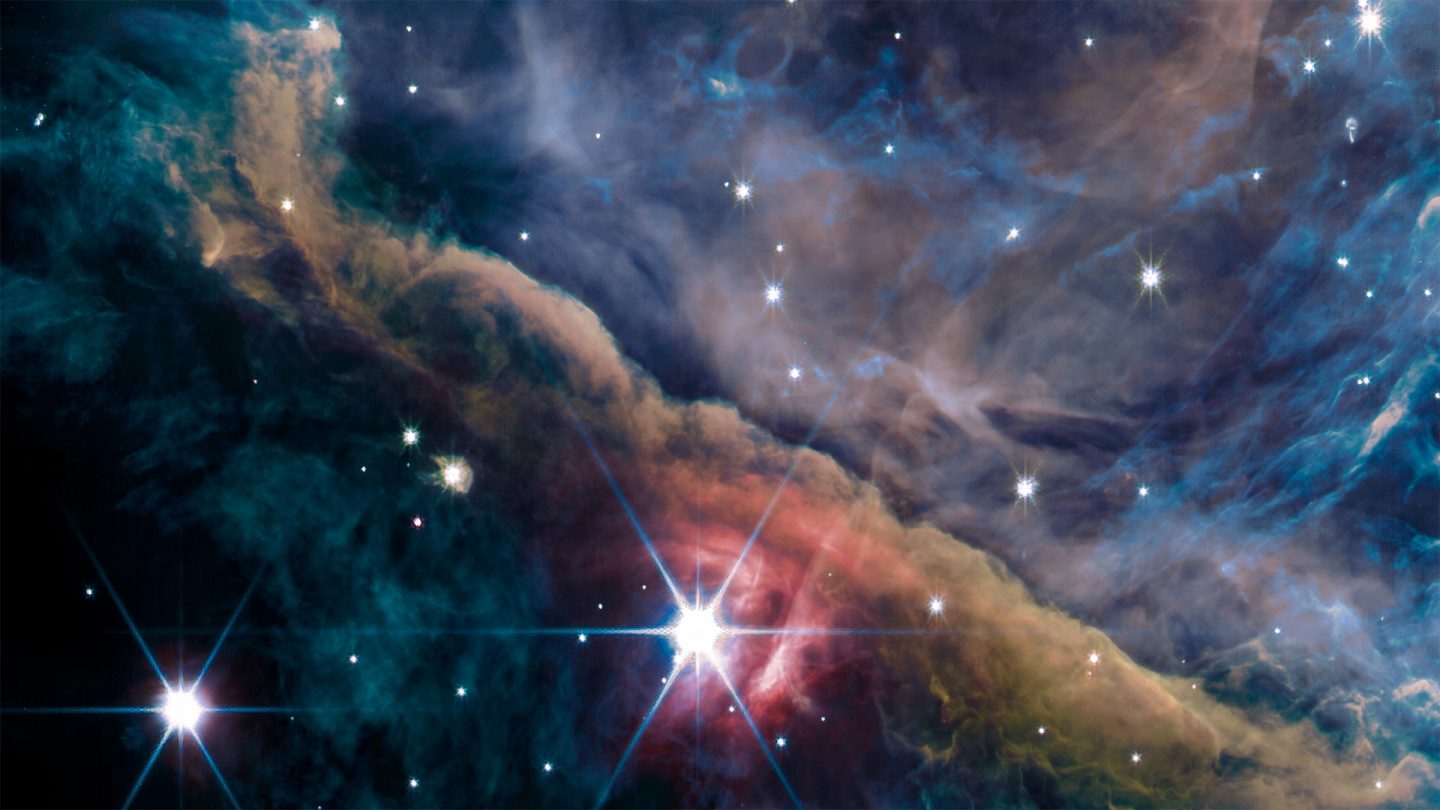 The Orion Nebula, housed within the Orion constellation, is a hubbub of stars being birthed, living, and dying. Now, NASA has combined images from three different telescopes, and they tell quite the story. As you peer into the images, you can see the voids left behind by massive, unseen stars, as well as hot spots where newer stars are currently forming.

As one of the various stellar nurseries we have discovered, the Orion constellation is a very important conservation area for many astronomers. These images of the Orion Nebula are taken from a region of space made up of Orion’s sword, a series of stars that run perpendicular to Orion’s belt. NASA says that this region of space would only be about as large as the Moon when viewed in the sky.

However, because of telescopes like the James Webb space telescope, we’re able to zoom in exponentially on these areas and explore them in greater detail. It’s this detail that has helped astronomers learn even more about the Orion constellation and the nebula that calls it home.

According to NASA, the two enormous caverns that we see with these images are parts of space carved out by giant stars that can produce up to a million times more light than the Sun that warms the Earth. That’s a lot of light (and heat), and the radiation from the light is what caused the dust in this area to break apart, yielding these open spaces.

You can also see the images in more detail within the video that has been embedded above, if you’d like a chance to explore the Orion constellation and the Orion nebula in greater detail. The images were created by combining data from the Spitzer Space Telescope and the Wide-Field Infrared Survey Explorer.