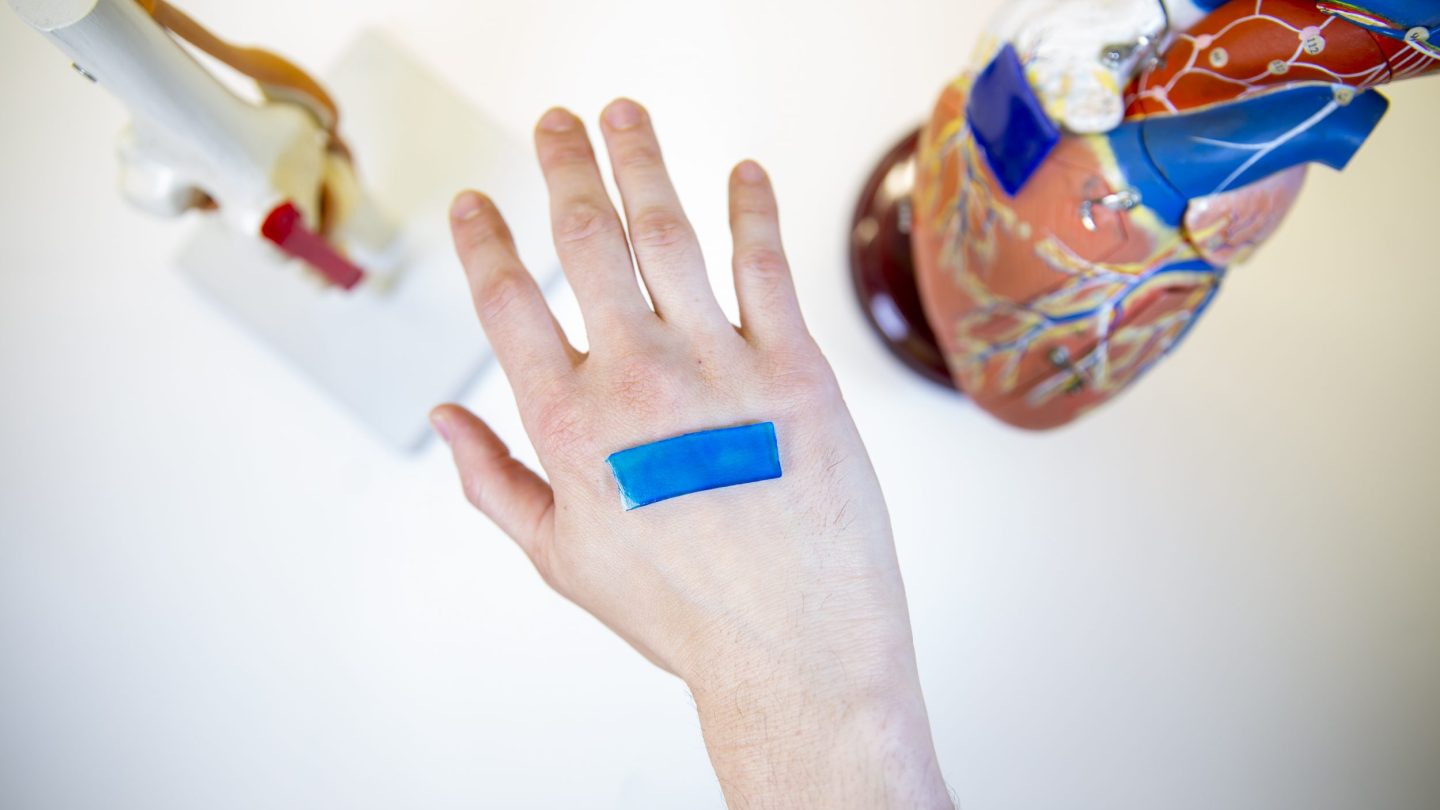 When you get a small cut or scrape you probably reach for an ordinary bandage, which is typically nothing more than an adhesive strip holding a tiny patch of sterile padding. It’s a simple design that has stood the test of time, but researchers from Harvard’s Wyss Institute think they’ve come up with something even better.

The researchers took a cue from nature, designing a new kind of wound covering that not only speeds up the healing process but can actually reduce scarring as well. Inspired by the fragile skin of animal embryos which can heal itself without leftover scars, the new dressing is impressively high-tech but also incredibly simple to use.

The bandages use a heat-activated hydrogel that doesn’t just cover a cut or gash, it actually contracts and pulls the edges of the wound together. It’s designed to begin working at temperatures of around 90 degrees Fahrenheit, meaning that it is activated by body heat alone, slowly shrinking and holding the edges of the wound in place to promote healing.

The contraction of the bandage also helps secure it to the skin with greater strength than a standard adhesive bandage. To combat infection, silver nanoparticles are scattered throughout the dressing, naturally destroying microbes and protecting the skin as it heals.

“The AAD bonded to pig skin with over ten times the adhesive force of a Band-Aid® and prevented bacteria from growing, so this technology is already significantly better than most commonly used wound protection products, even before considering its wound-closing properties,” Benjamin Freedman, Ph.D., leader of the work, said in a statement.

The team still has some work to do before the new bandage technology could be commercialized, but they intend to conduct additional tests and studies and eventually bring it to market.