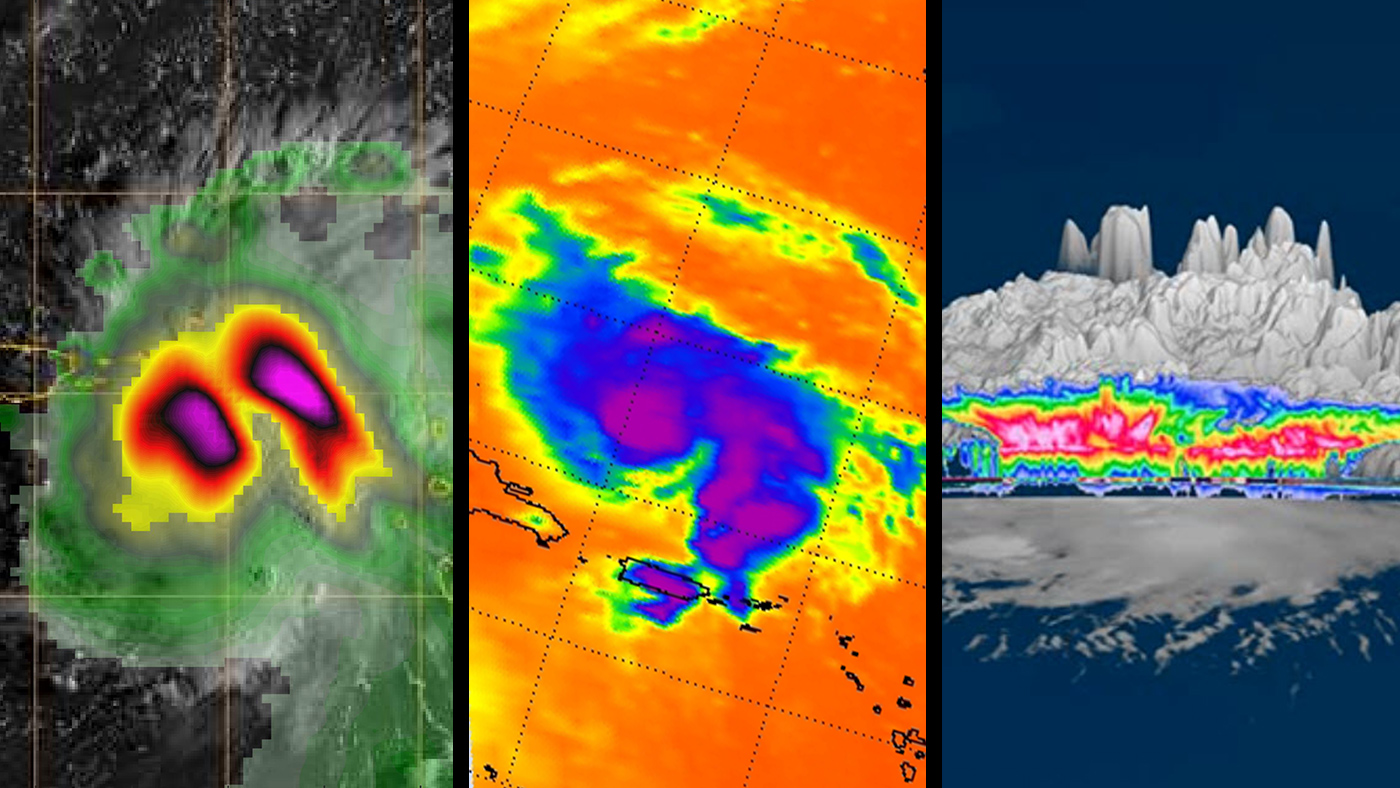 As the southeastern United States braces for impact, NASA is doing its best to aid in the monitoring and forecasting of Hurricane Dorian, which is currently barreling straight for Florida. The powerful storm is expected to cause a lot of damage once it makes landfall, but with NASA’s help, forecasters already know a lot about its destructive potential.

In a new blog post, NASA’s Jet Propulsion Laboratory explains the various tools at the agency’s disposal, painting a clear and frightening picture of Dorian days ahead of its appearance on the U.S. coast.

Several satellites are keeping an eye on Dorian as we speak, including NASA’s Aqua satellite. Aqua is equipped with an instrument called AIRS (short for Atmospheric Infrared Sounder) which reveals the density of Dorian’s clouds, indicating areas with the most intense thunderstorm activity.

A tiny satellite known as TEMPEST-D is also offering a look at the hurricane, showing moisture levels and rain intensity within the storm itself.

But the most impressive observations of Dorian from a purely technological standpoint come from NASA’s CloudSat, which has allowed scientists to produce a 3D rendering of the hurricane as seen from space.

The scans used for this 3D model were captured on August 27th while the storm was still near Puerto Rico, and the images have helped weather experts track how the storm has evolved into the hurricane that will eventually smack into the Florida peninsula.

NASA’s CloudSat satellite provided a 3D animation after passing over Dorian, still a tropical storm at the time, near Puerto Rico. CloudSat uses an advanced cloud-profiling radar that “slices” through clouds, enabling us to see their height, their different layers and the areas where the heavier bands of rain are found within the storm system.

Based on all the information forecasters have gathered, the storm is currently expected to make landfall near West Palm Beach, Florida, early on Tuesday morning. However, with days still to go before the storm arrives, its path could change, and if it does you can bet NASA’s satellites will help keep those in the storm’s path up-to-date.