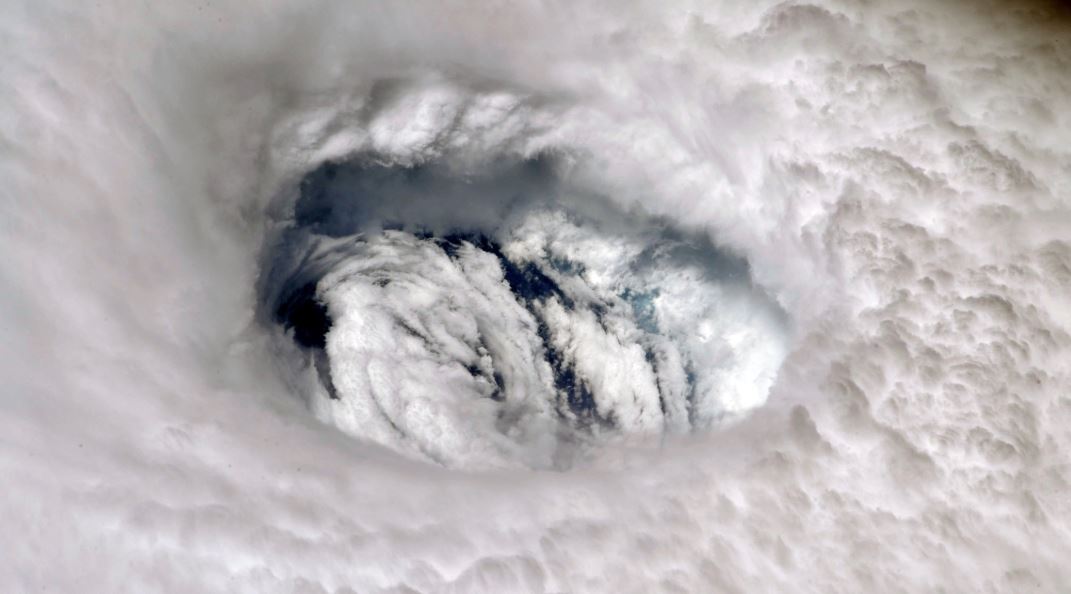 Hurricane Dorian continues to batter the East Coast of the United States with high winds and plenty of rain, and as the storm creeps slowly north it’s prompted widespread evacuations across several counties. It will be several more days until the hurricane, now considered a category 2 storm, burns itself out, and North America isn’t out of the woods yet.

Things are quite a bit calmer on the International Space Station, and the astronauts working high above Earth have already provided us with some stunning views of the storm as it made its way across the ocean. Now, a new photo posted by NASA astronaut Nick Hague gives us a glimpse into the eye of the storm, and it’s incredible.

The image, which Hague posted to his Twitter account, is a gorgeous close-up view of the swirling eye of Dorian. “The eye of #HurricaneDorain,” Hague wrote in the tweet. “You can feel the power of the storm when you stare into its eye from above. Stay safe everyone!”

Dorian was rated a category 5 storm as recently as this past weekend, but after stalling over the Bahamas — and claiming at least a handful of lives as it battered the island — it has since calmed significantly. Still, as a category 2 storm, it packs winds in excess of 100 mph.

The eye of #HurricaneDorain. You can feel the power of the storm when you stare into its eye from above. Stay safe everyone! pic.twitter.com/yN3MGidY3N

The storm is expected to continue its slow trip north, eventually shifting to a northeastern trajectory and traveling along the coasts of Georgia, South Carolina, and North Carolina. The fact that the hurricane is moving so slowly means that these regions will have to sit through extended storm conditions, and local officials are urging many in these areas to evacuate ahead of time.