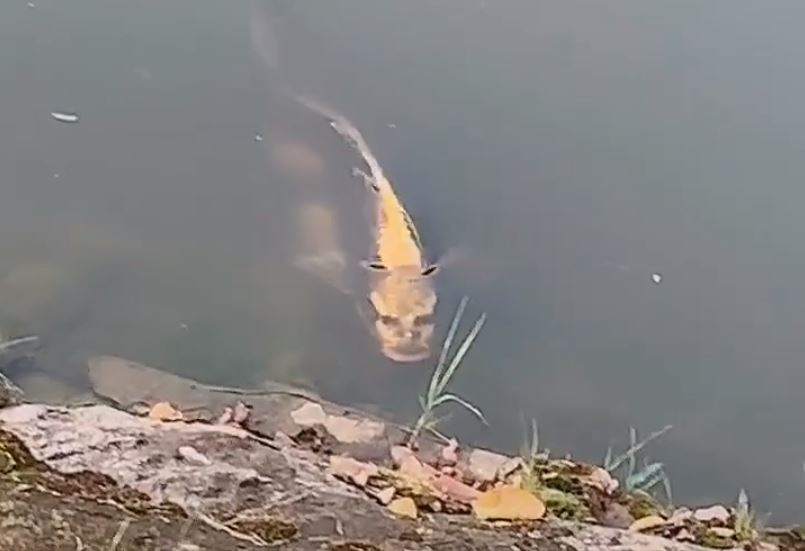 A truly bizarre video is flying all over the internet at the moment that appears to show a fish with a human face where its normal fish face should be. It’s a strange sight and, if I’m being totally forthcoming, it’s more than a little unsettling.

In the video, a fish appears near the shore of what appears to be a pond or lake, slowly swimming toward the cameraperson. The fish, which looks like a species of carp, gobbles something from the edge of the water and then retreats beneath the surface. It does this while wearing a human face. Mother Nature is a mad scientist.

It’s been difficult to find the original source of the video, but most reports claim that the clip was captured in Kumming, China. A version of the video was published to the Chinese social network Weibo earlier in the day, and it carries the watermark of the Chinese video app that is known as TikTok elsewhere in the world.

Despite its uncertain origins, it would seem that the footage itself is the real deal. The fish definitely doesn’t look normal, but there are other factors at play here as well. When the fish pops above the surface its face starts to look a bit more like what you’d expect. When it dips back beneath the surface, the refractive properties of the water make the fish’s face look more two-dimensional and flat, enhancing its strange appearance.

I have to say, there’s one thing that came to mind when I first saw this video, and that is the fish’s incredible resemblance to the strange creature in the game Seaman for the Sega Dreamcast:

The game, released in 1999, was little more than a strange tech demo where you could talk to a fish-faced animal and listen as the fish talked back. It was odd, but no odder than seeing a human-faced fish in real life.