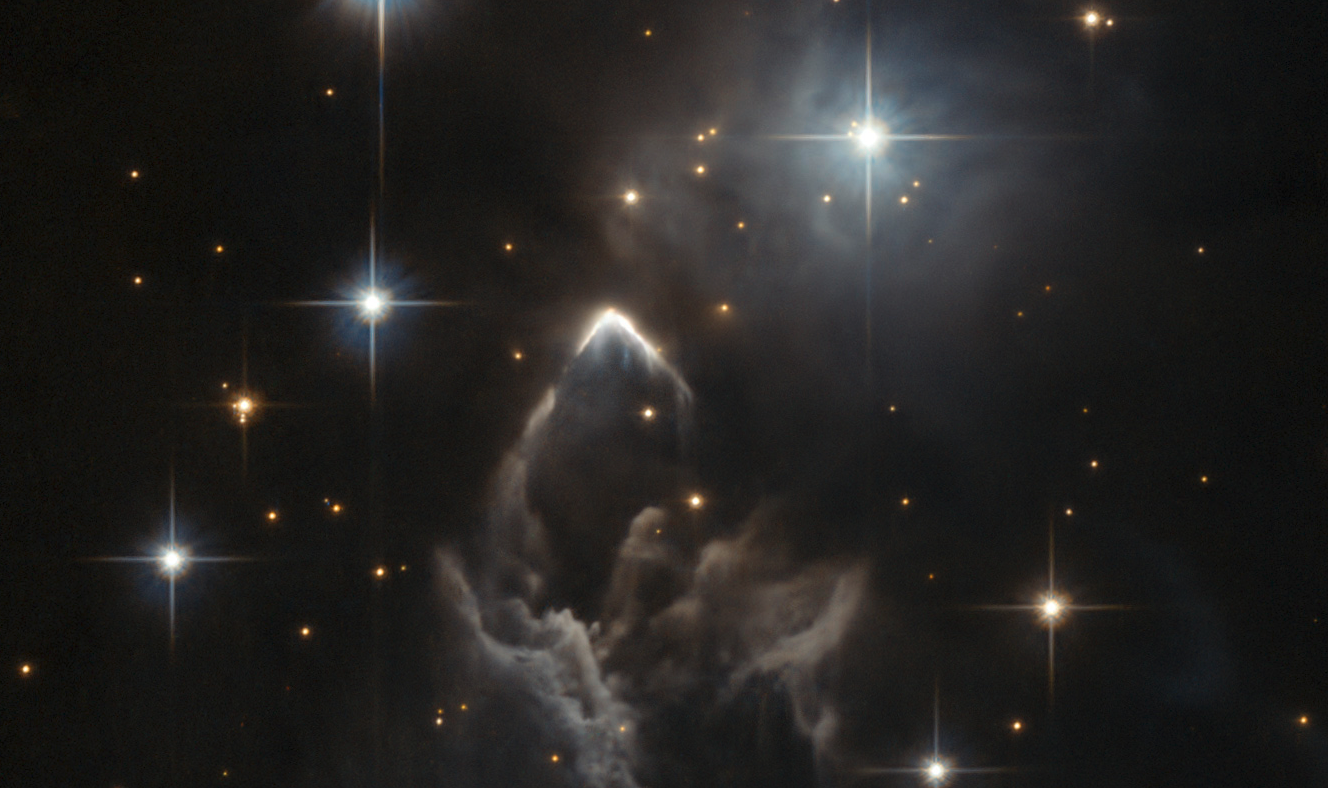 You might think that with so many telescopes at its disposal NASA and the astronomy community at large would have plenty of time to gaze at whatever they want, but space is just so big that even some of the most interesting anomalies in the sky fall through the cracks. What you see in the image above is a nebula known as IRAS 05437+2502, and it’s a real weirdo.

The massive cloud of newborn stars and dust is described as “little-known” by ESA simply because nobody has really had time to study it in detail since its discovery in the early 1980s. But as you can see, it’s got some very peculiar features, not least of which is the sharp glowing spike that punctuates the top of the cloud.

“At first glance it appears to be a small, rather isolated region of star formation, and one might assume that the effects of fierce ultraviolet radiation from bright, young stars probably were the cause of the eye-catching shapes of the gas,” ESA explains in a blog post. “However, the bright, boomerang-shaped feature may tell a more dramatic tale. The interaction of a high-velocity young star with the cloud of gas and dust may have created this unusually sharp-edged, bright arc. Such a reckless star would have been ejected from the distant young cluster where it was born and would travel at 200,000 kilometers per hour (124,000 miles per hour) or more through the nebula.” 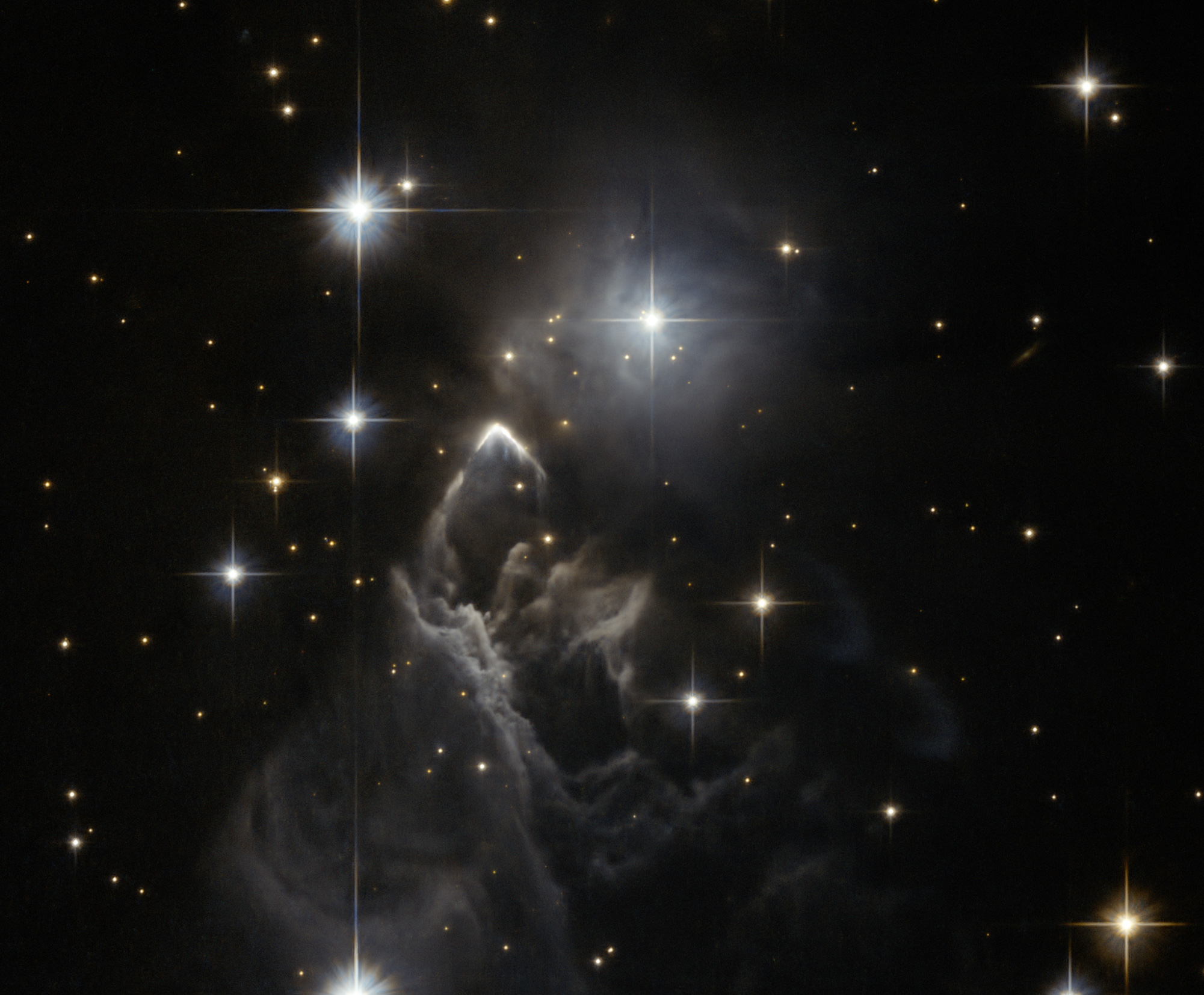 Yeah, you know, a newborn star flying through a massive cloud of stardust at 124,000 miles per hour and creating a giant glowing space spike, just another day in the universe! ESA goes on to note that the entire nebula is essentially unstudied, and that “its exact nature is unclear.”

The image was captured by Hubble, which despite being a true relic in terms of age has continued to deliver fantastic views of distant points of interest. The satellite’s Advanced Camera for Surveys (ACS) was used to snap this particular photo, and ESA notes that it captured the image during a break in the satellite’s “busy schedule.”