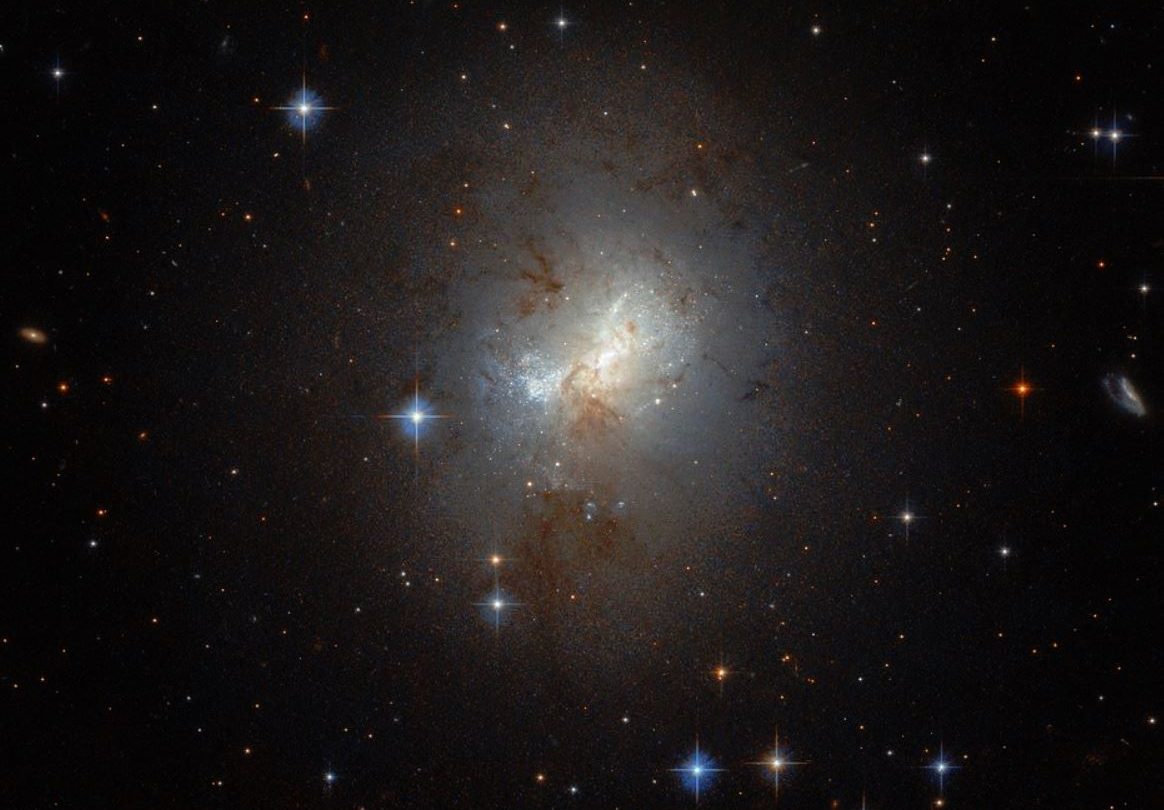 Like everything else in the universe, galaxies are born, live, and ultimately die, and thanks to incredibly powerful tools like the Hubble Space Telescope, we get to see various galaxies at virtually every stage of their lives.

One of its newest observations was just published on the Hubble website and it features the dwarf starburst galaxy ESO 495-21. Its name may lack personality, but it more than makes up for it with a violent heart that is rapidly pumping out newborn stars. The galaxy is packed with large stars that are all quite young, and it shows no signs of slowing down.

As the Hubble story explains, the galaxy is packed with what scientists call super star clusters or areas with extremely high star density. The massive stars in these areas are fairly young by galactic standards — a few million years old, or thereabouts — and it’s affording Hubble researchers the opportunity to study star formation in the upstart galaxy.

As for what lies at its very center, scientists have a pretty good idea. “As well as hosting the cosmic fireworks that are super star clusters, ESO 495-21 also may harbor a supermassive black hole at its core,” the Hubble group explains. “Astronomers know that almost every large galaxy hosts such an object at its center, and, in general, the bigger the galaxy, the more massive the black hole.”

ESO 495-21 is so incredibly far away that actually visiting it isn’t even imaginable at this point. It sits some 30 million light-years away, which means that we’re actually seeing what the galaxy looked like 30 million years ago, rather than its current state. Even if we were able to fast-forward to what the galaxy looks like in the present day, it would still be quite young and is likely still building new stars with regularity.