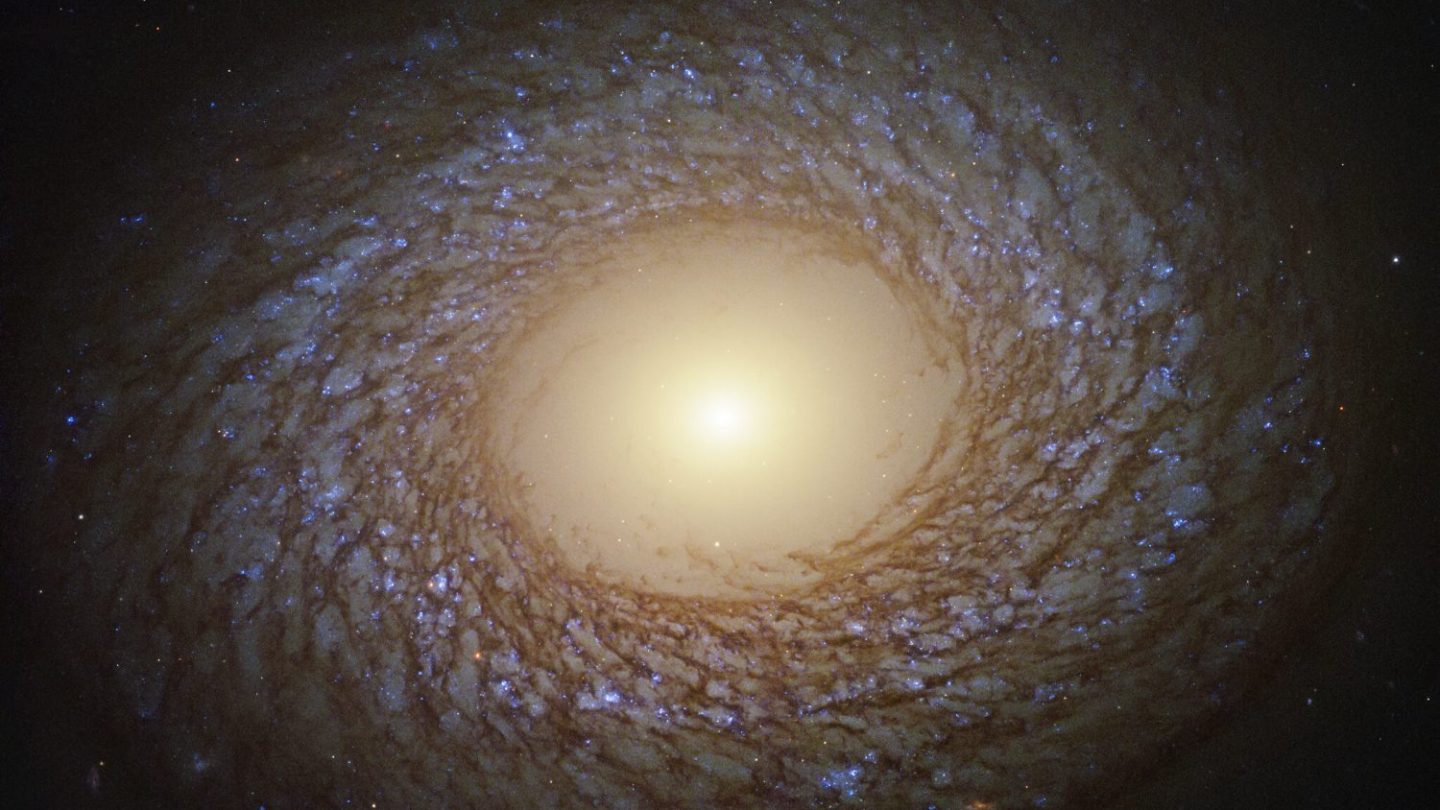 Galaxies always seem special simply due to their huge size and collections of stars, planets, and typically a black hole or sometimes more. They’re definitely interesting, but some are clearly better looking than others. The Hubble Space Telescope has snapped stunning images of plenty of galaxies during its lengthy tenure, but the above image which NASA has chosen to showcase is a real work of art.

The galaxy you see here is named NGC 2775, which isn’t a very catchy name but the galaxy’s abundance of young stars and its delicate, “feathered” pattern are truly something to behold.

The galaxy is a real looker, with a huge open central sphere where not much is going on. The outer ring of the galaxy is much more exciting, with countless young stars showing up as blue in the image and a wealth of material like gasses and dust. It’s a galaxy that’s really just getting on its feet, and it sits roughly 67 million light-years away. That’s an incredible distance, and it makes this stunning image that much more remarkable.

The spiral pattern shown by the galaxy in this image from the NASA/ESA Hubble Space Telescope is striking because of its delicate, feathery nature. These “flocculent” spiral arms indicate that the recent history of star formation of the galaxy, known as NGC 2775, has been relatively quiet. There is virtually no star formation in the central part of the galaxy, which is dominated by an unusually large and relatively empty galactic bulge, where all the gas was converted into stars long ago.

The galaxy doesn’t have well-defined “arms” like our own Milky Way, but it’s still considered a spiral galaxy due to its clear spiral pattern. That’s not to say this galaxy couldn’t evolve into something more akin to our own home galaxy, but from our point of view, it’s packed with baby stars and has a lot of life left to live.

“Millions of bright, young, blue stars shine in the complex, feather-like spiral arms, interlaced with dark lanes of dust,” NASA says. “Complexes of these hot, blue stars are thought to trigger star formation in nearby gas clouds. The overall feather-like spiral patterns of the arms are then formed by shearing of the gas clouds as the galaxy rotates. The spiral nature of flocculent galaxies stands in contrast to the grand-design spirals, which have prominent, well defined-spiral arms.”

On top of all of that, it’s just a really, really glorious image, which is the icing on the cake.