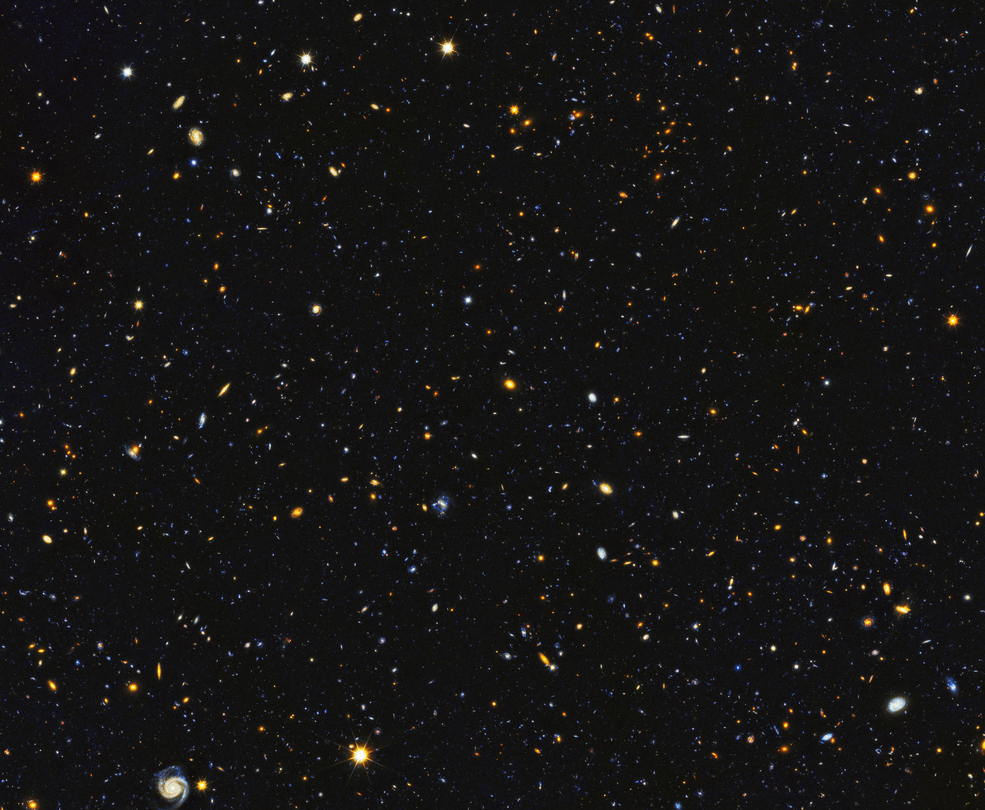 We all might be anxiously awaiting the eventual launch of NASA’s James Webb Space Telescope — which has been stuck in an endless series of delays thanks to the idiots at Northrop Grumman — but the trusty Hubble is still delivering some pretty fantastic views of the heavens. The telescope’s latest snapshot is a real doozy, and it’s going to make you feel like you barely even exist.

The image you see above is packed with tiny details, but the size of the objects creating those tiny blips of light are anything but small. What you’re seeing is thousands of galaxies, many of which are giving birth to brand new stars.

Astronomers using the ultraviolet vision of NASA’s Hubble Space Telescope have captured one of the largest panoramic views of the fire and fury of star birth in the distant universe. The field features approximately 15,000 galaxies, about 12,000 of which are forming stars. Hubble’s ultraviolet vision opens a new window on the evolving universe, tracking the birth of stars over the last 11 billion years back to the cosmos’ busiest star-forming period, which happened about 3 billion years after the big bang.

To give you a sense of scale here, consider that our Solar System and all the planets, moons, and random loose debris within it, is held in place by a single star. Astronomers estimate that the Milky Way, our home galaxy, contains as many as 400 billion stars. Multiply that by 15,000 and you have a ballpark idea of how many stars and potential planets and moons we’re seeing here — give or take a few trillion stars because not all galaxies are created equal.

What’s going on out there? Is it just a mass of endless, dead worlds sitting in either frigid cold, extreme heat, or somewhere in between? Is there life out there? Is it intelligent, and if so, does it want to meet us? These are questions that have plagued humanity for a long time, but it’s images like this one from Hubble that really make you wonder.