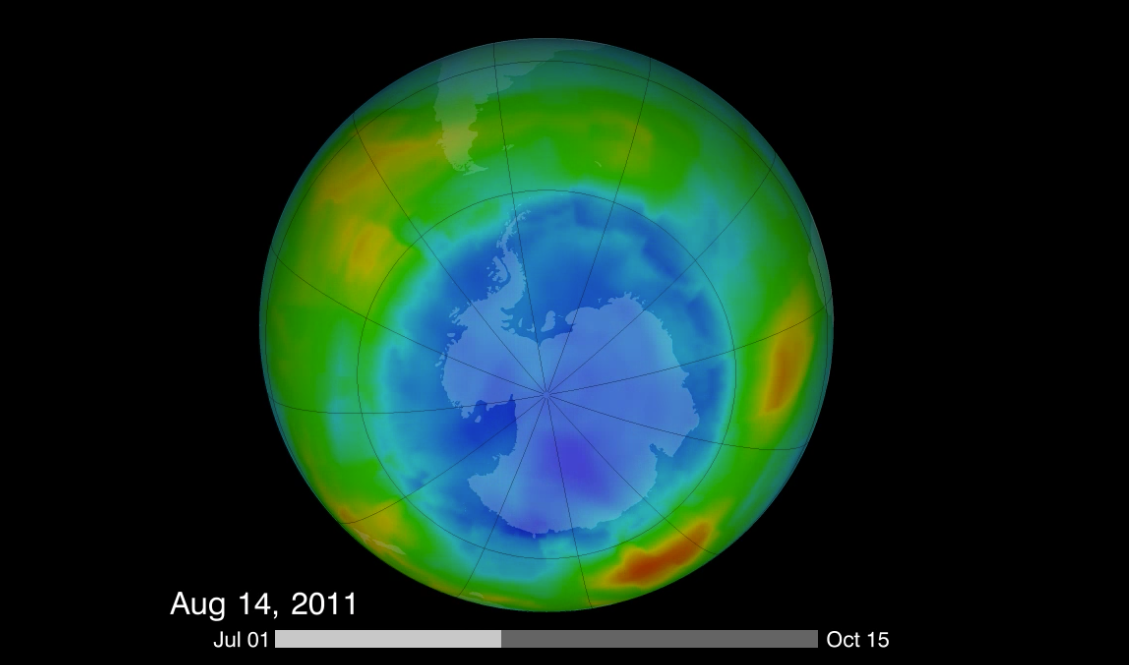 It wasn’t until the late 1980s that the world finally came to terms with the fact that manmade chemicals were destroying the Earth’s ozone layer. By that point the hole had grown at a rapid pace due to the use of chlorofluorocarbons (CFCs), and after decades of trying to get the general public to believe that humans were at fault it seemed like the world was finally willing to listen. The Montreal Protocol was a global promise made in 1989 by industrial countries to sharply curb the use of CFCs, and it looks like the Earth is finally beginning to repair the damage we wrought.

A new study published in Geophysical Research Letters reveals that, despite the fact that mankind hasn’t fully eliminated the use of CFCs globally, the dramatic reduction in their production has allowed the ozone layer to begin to recover. That’s great news for future generations, but we still have some work to do.

If any of this sounds familiar it’s because we’ve been told about the shrinking of the hole in the ozone layer before. Measurements in the past have shown that the hole was shrinking, leading to premature celebration that humanity had done something good for once, only to discover the following year that the hole was once again larger. Now, with more data points to chart the hole’s size over time it appears that, despite year-to-year fluctuations, the overall trend is pointing in the right direction.

The yearly changes in the ozone hole, which is positioned over Antarctica, are the result of variations in weather patterns and seasonal changes that can either help the ozone recover or aid in the chemical reactions that break it down further. However, the rate at which the ozone is recovering is outpacing the damage over a large scale, which is a big win.

“All of this is evidence that the Montreal Protocol is working,” the researchers summarize. “The [chlorine] is decreasing in the Antarctic stratosphere and the ozone destruction is decreasing along with it.” Now if only we could get the world to agree on climate change, we might actually be able to save ourselves from a very bleak future.