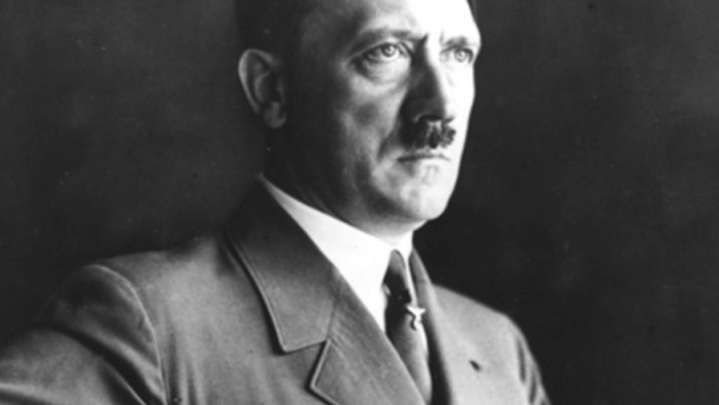 Adolf Hitler is dead. That’s probably not news to the vast majority of people, but the German dictator’s fate is something that conspiracy theorists have argued over ever since news of his suicide in 1945 spread across the globe. Now, researchers are declaring once and for all that the infamous Nazi is indeed deceased, and the remains associated with him are genuine.

Testing a set of teeth believed to be Hitler’s — which were still in the possession of the Russian government and were loaned on a temporary basis for examination — the study confirmed the legitimacy of the artifacts. The work was published in the European Journal of Internal Medicine.

The story surrounding Hitler’s demise is taught in history classrooms the world over: As Soviet forces closed in, the dictator retreated to a bunker with his mistress, Eva Braun, and the two committed suicide. However, the specifics of how the deaths unfolded were muddy from the start, with some claiming the deaths were due to cyanide and others suggesting Hitler shot himself with his own pistol, or perhaps took cyanide and then shot himself.

The Soviet military decided to burn the corpses before burying them, obviously never anticipating that this decision would lead to decades of doubt. After the fire, very little of the bodies remained, but what was left was dumped into a bomb crater and covered, according to the official version of events. The following year, what was left of the remains — a piece of skull and a jaw fragment with teeth — was dug back up by the Red Army and taken back to present day Russia where they have been held ever since.

A misinformation campaign on the part of the Soviets led many to question whether Hitler had actually been killed or had somehow evaded capture. At the time, Soviet officials used that doubt as a tool against Western governments, but once tensions eased and the accurate version of events was revealed it did little to quell the conspiracy theory that Hitler was somehow still alive.

Fast forward to 2009, when a group of scientists gained permission from the Russian government to perform a DNA test on what was believed to be a skull fragment from Hitler’s remains. That test returned a startling result: The skull wasn’t from Hitler, but from a young woman. However, having only tested one piece of skull fragment and not the rest of the remains, the possibility of closure remained.

In this new bit of detective work, a French research team studied the teeth and additional skull fragments, comparing them to scans of Hitler’s skull that had been performed roughly a year before his suicide. They found that the artifacts matched up. No DNA tests were permitted, but that’s not stopping the researchers from declaring that Hitler is indeed long gone.

“We can stop all the conspiracy theories about Hitler,” Philippe Charlier, lead author of the research, said in a statement. “He did not flee to Argentina in a submarine, he is not in a hidden base in Antarctica or on the dark side of the moon.”

Phew! I can finally stop worrying about lunar Nazis.