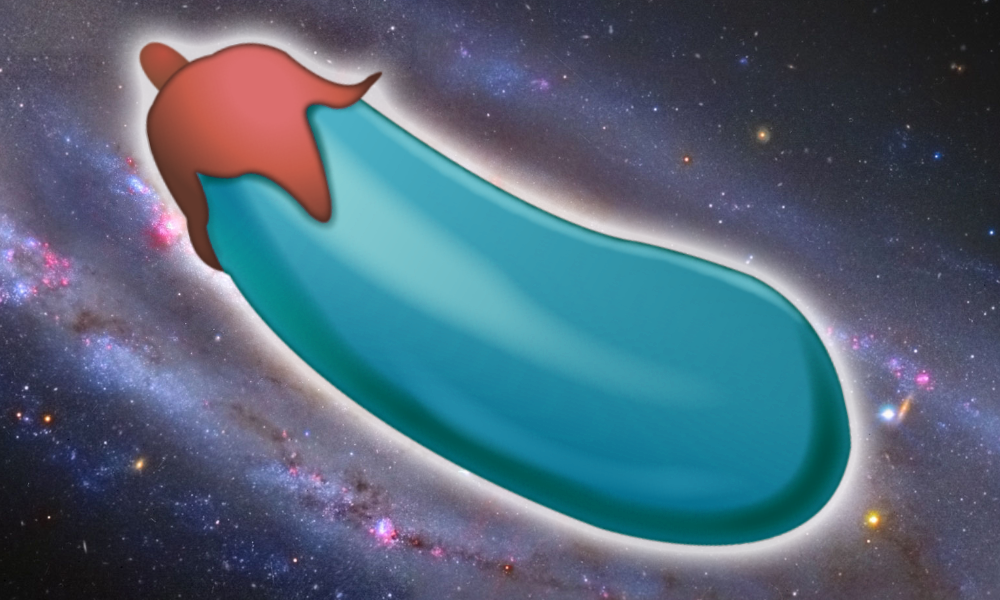 The crew of the International Space Station recently took delivery of a case of wine. A full dozen bottles of delicious red wine traveled from Earth, through the atmosphere, and ended up at the orbiting laboratory where six scientists have to let it sit for a year before sending it back. They can’t drink it, which is a bummer, but the experiment aims to reveal how space radiation and low gravity might change the makeup and flavor of the wine.

It got me thinking: Who is going to be the first human to eat a vegetable grown on the surface of another world?

Imagine being the first human to discover the existence of eggplants. The earliest documentation noting the existence of the eggplant dates back many centuries, and it’s unknown whether it first originated in Africa or India, but either is equally likely. But what about that first person who decided to take a bite of it, or any wild vegetable for that matter?

Did they see it, think it looked tasty, and dive in? Did they observe animals eating it and assume it to be safe? Did a village of ancient peoples hold a vote to decide who would be the guinea pig? We don’t know, and probably never will, but as we begin to explore our Solar System and eventually send crewed missions to Mars and perhaps beyond, those brave travelers will need food, and it would make sense to grow that food on location, if possible.

Scientists here on Earth have been experimenting with analogs of Martian soil to determine what might grow there. There are a number of candidates, including potatoes, and it’s entirely possible that we’ll one day be growing crops somewhere other than Earth. That’s exciting, but just as with the wine experiment, we’re not entirely sure how something like a Mars potato might differ from an Earth potato.

The surface of Mars is bombarded with significantly more radiation than we have to deal with here on Earth. This is the result of Mars losing much of its atmosphere and a much weaker magnetic field. If we were to grow potatoes on the surface, even within something like a heated glass dome where we can control many variables, we really have no idea how the plant might react or how different the vegetables it produces might be.

NASA has even sponsored research that seeks to genetically modify plants before they are sent to the Red Planet, hoping to make them more compatible with the conditions they’ll ultimately be forced to grow in. This, the researchers hope, will be a step toward Mars-friendly crops that can grow for generations.

If we look even farther into the future — and make a few totally unwarranted assumptions about our ability to discover and then travel to exoplanets where life is already thriving — the question of food becomes even more complex. In a hypothetical future where a manned mission lands on an alien world already filled with its own unique plants and animals, what do we eat?

Such a future assumes incredible technological advancements, and perhaps a quick scan from a magical handheld device could warn deep-space travelers to the dangers of a poisonous plant they’ve never seen before. But even then, if science says that weird blue tomato in your hand is safe, would you be willing to take the first bite of a truly alien veggie?