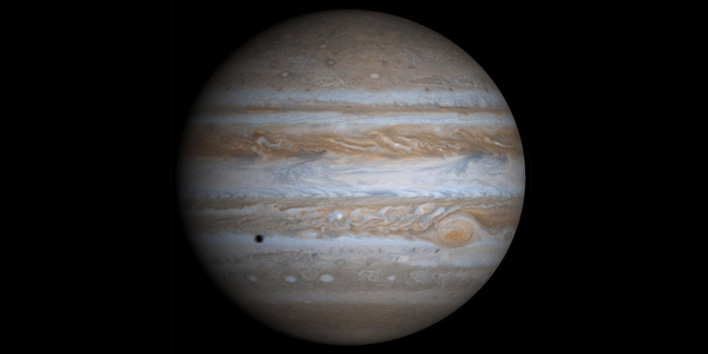 Jupiter’s Great Red Spot is perhaps the most iconic feature of any planet in our Solar System. It’s instantly recognizable, and the massive cyclone has been swirling for so long that we’ve taken for granted that it’ll always be there. Recent observations have shown that, unfortunately, that’s not the case. The storm is dying — the latest data from the Juno spacecraft suggests it might actually be gone within our lifetimes — and a new research paper by scientists at NASA suggests that it’s actually change in both shape and color as it enters its twilight years.

Juno’s latest images have revealed some surprising changes to the storm, which is now smaller in diameter than has ever before been observed. Its swirling winds are reaching higher into the planet’s atmosphere than before, stretching the storm taller as they swirl upward. At the same time, its iconic crimson hue is becoming more orange, likely as a result of the highest gasses being exposed to ultraviolet radiation.

The Great Red Spot is still great. It can still swallow the entire Earth whole, which is a pretty impressive feat for any weather feature, but it’s definitely less impressive than it once was. As NASA notes, a century and a half ago it was so wide that you could fit four Earths inside of its footprint, so it’s clearly losing a lot of steam. The study was published in The Astronomical Journal.

“Its north–south color asymmetry has decreased, and the dark core has become smaller,” the researchers write. “Internal velocities have increased on its east and west edges, and decreased on the north and south, resulting in decreased relative vorticity and circulation. The GRS’s color changes from 2014 to 2017 may be explained by changes in stretching vorticity or divergence acting to balance the decrease in relative vorticity.”

Observations of Jupiter stretching as far back as the 1660s pointed to the presence of a completely different storm that may have preceded the Great Red Spot. That storm, which exists only in astronomy records from the time, is thought to have been the remains of a dying storm that completely vanished long before modern imaging would have allowed it to be captured on film. If the Great Red Spot does indeed sputter out within the next few decades, another great cyclone could always form in its wake. Time will tell.