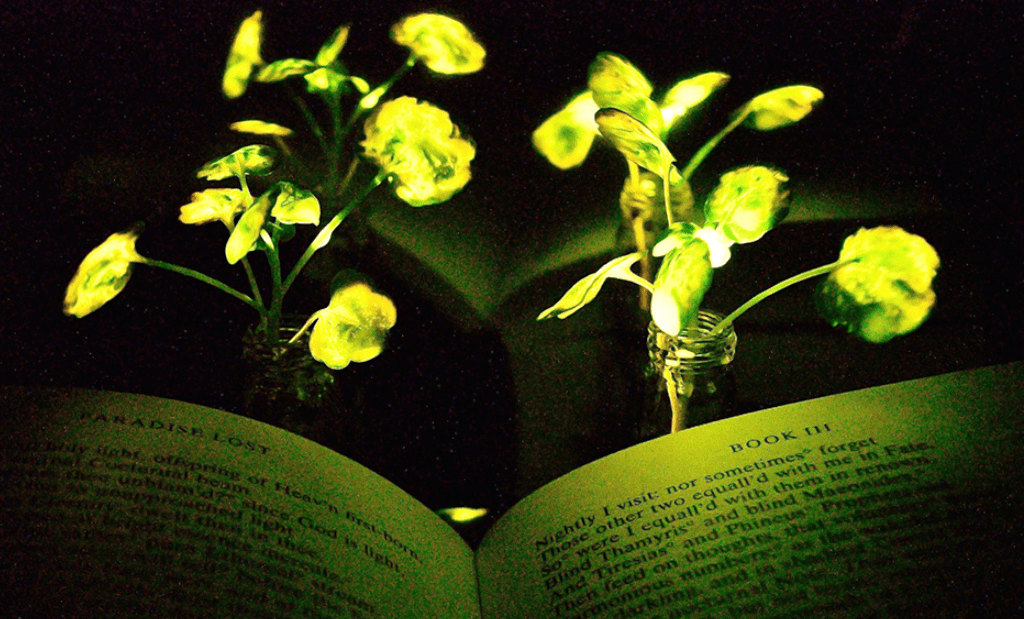 The modern world has been reinventing our relationship with energy for some time now. Cars are turning away from fossil fuels and relying ever more on electricity to make them go, while wind and solar power are slowly but surely helping to reduce our reliance on dirty energy. But what if we could actually reduce our reliance on electricity, too? A team of scientists at MIT have been working on something that might make that possible, and it’s like something straight out of a sci-fi movie.

Imagine a future where your bedside table is lit not with a power-sucking lamp, but a pleasant potted plant. MIT researchers have taken a huge step towards that potential future by creating plants that actually glow in the dark, and they’re pretty darn cool-looking to boot.

To create their glowing plant prototypes, the scientists relied on an enzyme that many of us are already familiar with, even if you’ve never heard the name. It’s called luciferase, and it’s the same enzyme that allows fireflies to emit bright flashes of light in the dead of night.

Nanoparticle packages containing the enzyme along with the molecule luciferin, upon which it acts, and co-enzyme A which promotes the process, were applied to watercress plants. The particles release the luciferin slowly over time, entering the plant cells where the luciferase is ready and waiting to make the light show happen.

At first, the glowing effect lasted less than an hour, but as the processes was tweaked that figure jumped to nearly four hours. The scientists believe that with further improvement, they may reach a point where the materials can be applied to a plant just once while yielding a lifetime of useful lighting.

“Our target is to perform one treatment when the plant is a seedling or a mature plant, and have it last for the lifetime of the plant,” Michael Strano, senior author of the research, explains. “Our work very seriously opens up the doorway to streetlamps that are nothing but treated trees, and to indirect lighting around homes.”

Eventually, the light output of the plants may be able to change depending on conditions, allowing treated plants to look perfectly normal in the daytime but glow brightly at night.