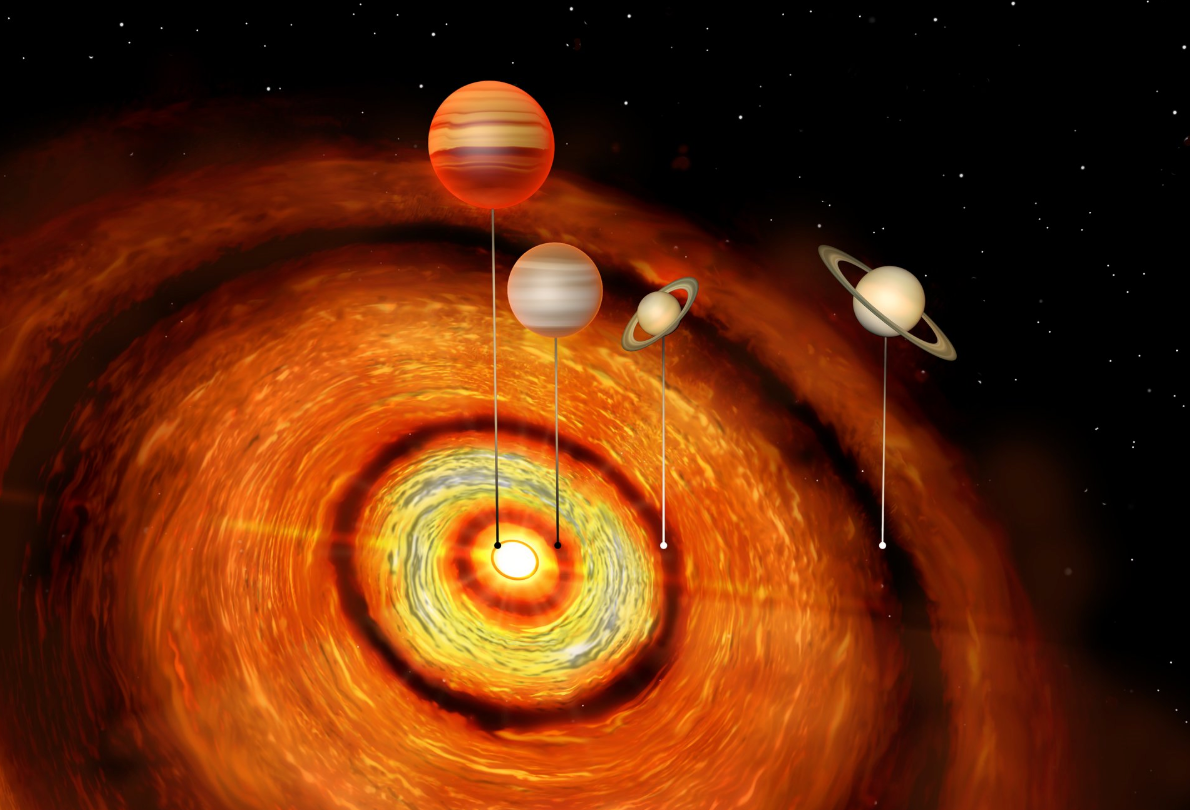 Astronomers have a pretty good handle on how stars and the planets around them form, and it’s believed to be a process that takes many millions of years. Our own Solar System is thought to have taken some 500 million years just to get its feet under, but a recent discovery of a young planetary system is causing a bit of confusion among some scientists and challenging that assumption.

The star known as Cl Tau lies roughly 500 light years away, which is a stone’s throw in astronomical terms, and scientists now believe it’s being orbited by some truly massive planets. That wouldn’t necessarily be odd, as exoplanets are spotted on a regular basis with modern telescope technology, but what makes this system so unique is that the star itself is only thought to be around two million years old.

Astronomers from the University of Cambridge are credited with discovery the most recent batch of planets thought to be orbiting Cl Tau, and the worlds are absolutely huge. In all, four planets have been spotted thus far, with one of those objects being a “hot Jupiter” which is a huge ball of gas orbiting very close to the star.

The star is also being orbited by a huge disc of debris which is known as a protoplanetary disc. It’s from this debris that planets form around stars, and that material has already produced at least four massive planets. The discovery was published in Astrophysical Journal Letters.

This is out of order compared to how scientists believe such planets form. Typically, it’s thought that giant Jupiter-sized planets form a rocky core and then amass gas after the fact, slowly growing over a period of many millions of years. That’s obviously not what happened here, since the star itself is so young, so some other process must be at work.

“It is currently impossible to say whether the extreme planetary architecture seen in CI Tau is common in hot Jupiter systems because the way that these sibling planets were detected — through their effect on the protoplanetary disc — would not work in older systems which no longer have a protoplanetary disc,” Cathie Clarke, lead author on the study, said in a statement.

Going forward, additional analysis of the system is planned and, hopefully, scientists can build a model that explains how the star and its planets ended up in their current state.