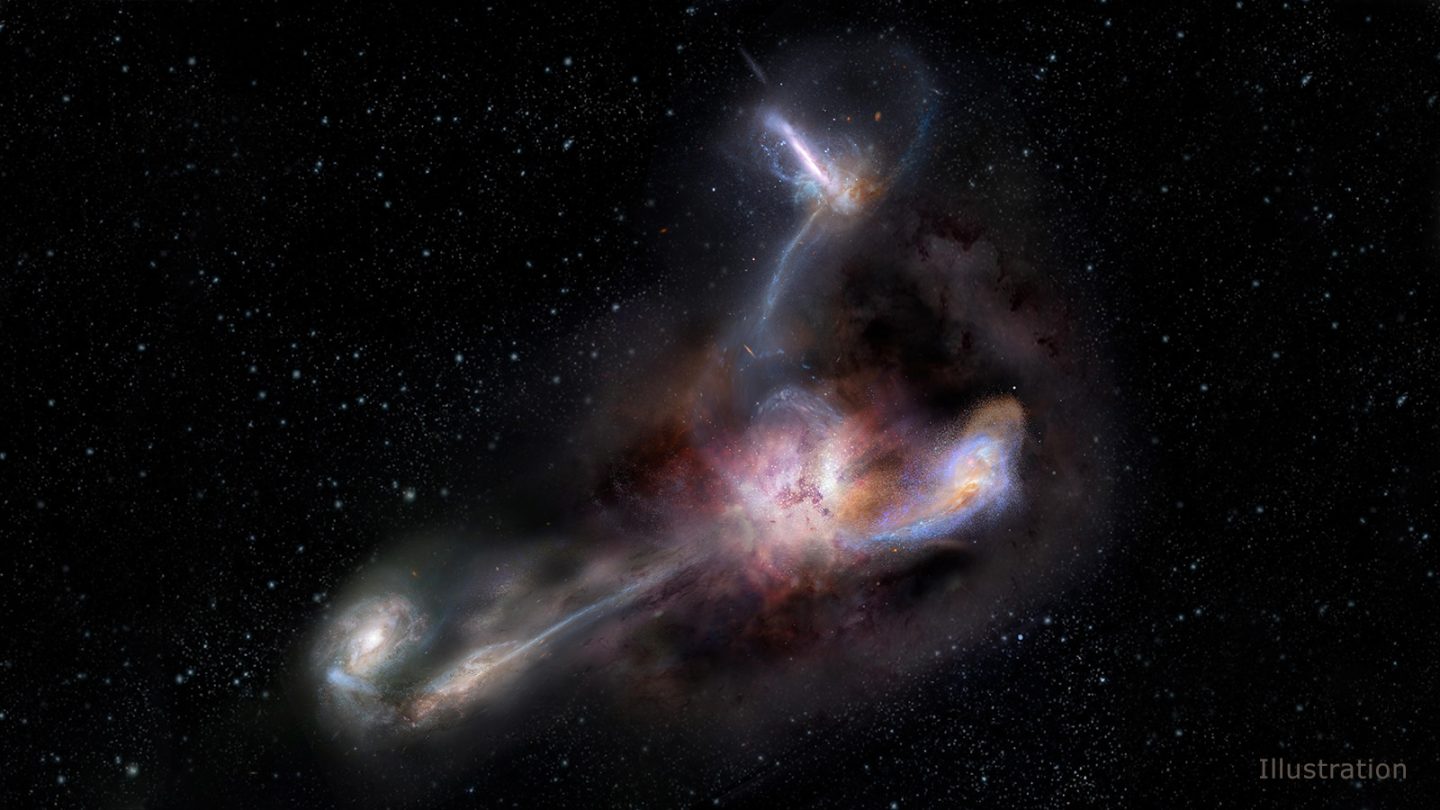 When NASA sets its sights on a far-away galaxy, there’s often a lot to take in. Even if it only appears to be a dim blob, researchers can often combine various observations to determine the galaxy’s size and shape. Normally, they’re just there, sitting in space, creating new stars and doing the other things that galaxies do. But a recent snapshot of a galaxy known as WISE J224607.55-052634.9 is special.

Originally discovered a few years ago, new observations of the galaxy by Chile’s ALMA array show that the galaxy is actually eating its neighbors. From our vantage point, the galaxy is tearing apart a total of three smaller galaxies, yanking material off of them with its gravitational pull.

The extremely bright galaxy isn’t a record breaker in terms of size, so why is it so bright? Scientists now believe that the galaxy is essentially stealing “fuel” to power its energy output from three neighboring galaxies. As the intense gravity sucks up material from the trio of smaller galaxies, the larger central body continues to give birth to new stars and cause super-heated gas and debris to glow brightly around the black hole at its heart.

Researchers had a hunch that the incredibly bright galaxy had some neighbors, but had no idea that it was actually feeding on them. Their work was published in the journal Science.

“We knew from previous data that there were three companion galaxies, but there was no evidence of interactions between these neighbors and the central source,” Tanio Diaz-Santos, lead author of the study, said in a statement. “We weren’t looking for cannibalistic behavior and weren’t expecting it, but this deep dive with the ALMA observatory makes it very clear.”

WISE J224607.55-052634.9 might be hungry, but you don’t need to worry about our own Milky Way falling victim to its gluttonous ways. The galaxy is estimated to be a whopping 12.4 billion light years from Earth.