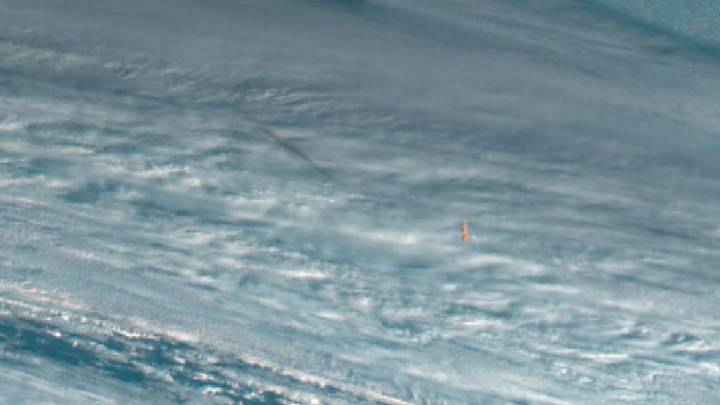 When a space rock comes speeding down towards Earth it usually makes headlines for obvious reasons. Even smaller objects that appear in our sky have a habit of producing brilliant light shows, so you’d imagine that a space rock explosion ten times as powerful as a World War II-era atomic bomb would get a lot of attention, but you’d be wrong.

As BBC reports, in late 2018 the most powerful meteor explosion of the past half decade went virtually unnoticed by just about everyone. Now, after further investigation, NASA is officially logging the event as a fireball explosion, and it was the second most powerful of the past several decades.

In 2013 a meteor entered Earth’s atmosphere and exploded in the skies above Chelyabinsk in Russia. It exploded around 19 miles from the ground, but even at that distance the shockwave it produced did plenty of damage. Thousands of buildings were damaged and nearly 1,500 injuries were reported.

This latest fireball also showed up near Russia, and also exploded in the air, but this time it was over the Bering Sea. It wasn’t quite as powerful as the Chelyabinsk blast, but it still had potential to cause damage if it were to have come down over a populated area.

“That was 40% the energy release of Chelyabinsk, but it was over the Bering Sea so it didn’t have the same type of effect or show up in the news,” NASA’s Kelly Fast explained during a recent science conference in Texas. “That’s another thing we have in our defense, there’s plenty of water on the planet.”

According to reports, NASA was first made aware of the 2018 fireball when military satellites orbiting Earth spotted it. The U.S. Air Force contacted NASA who then began monitoring the situation.

Remarkably, the fireball was actually spotted as it exploded by satellite managed by the Japan Meteorological Agency. The powerful eye-in-the-sky recorded images of the dark streak and explosion the object created.

Some colour views of the #meteor that flew over the North Pacific in December 2018, taken by Japan's #Himawari satellite.
The meteor is really clear here – bright orange fireball against the blue + white background!

It looks rather small in the images, but that is one heck of a big explosion, and one that would surely have been noticed much sooner if hadn’t come down over a massive body of water.