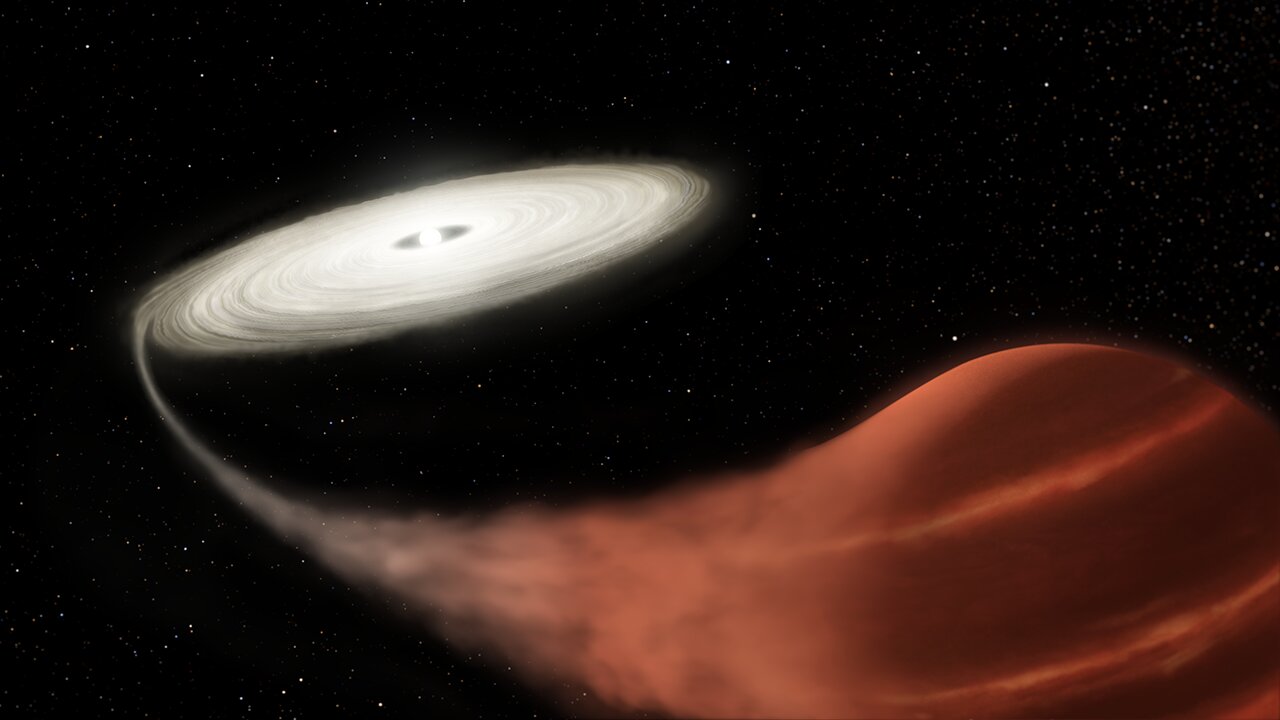 NASA’s Kepler space telescope is extremely good at spotting the subtle hints of distant exoplanets. It does this by detecting slight drops in the brightness of stars, signaling the presence of one or more planets hanging out in orbit. Kepler has spotted many new worlds during its mission, but one of its latest might be its most interesting discovery yet.

As researchers describe in a new paper in Monthly Notices of the Royal Astronomical Society, Kepler detected what is being described as a “super-outburst” centered in a distant system. Upon further investigation, the astronomers have come up with an explanation for their observations, and it’s downright wild.

The scientists now believe that the system contains two primary objects. The larger of the two is a white dwarf star, while the second is a brown dwarf only a fraction of the size of its larger companion. The pair have an incredibly close relationship, with the brown dwarf completing an orbit of its companion every 83 minutes.

The incredibly short distance between the two — only around 250,000 miles — allows the white dwarf to slowly slurp up material from the smaller brown dwarf. The material which is sucked in by the white dwarf that isn’t immediately absorbed swirls around it in the form of an accretion disk.

“These dwarf nova systems have been studied for decades, so spotting something new is pretty tricky,” Ryan Ridden-Harper, who led the research, said in a statement. “We see accretion disks all over—from newly forming stars to supermassive black holes—so it’s important to understand them.”

It’s a remarkable observation, and it’s another feather in the cap of the Kepler telescope and its science team.