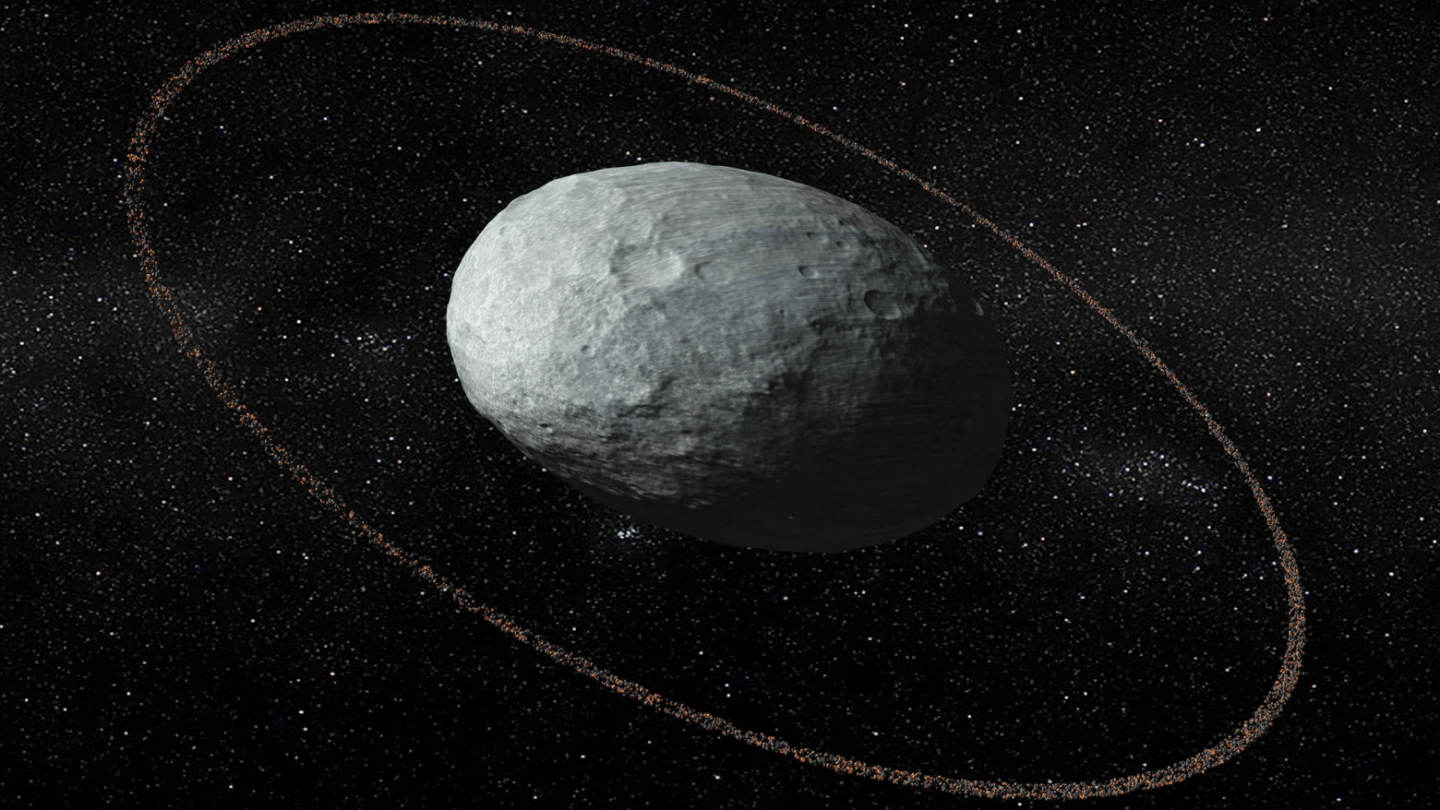 Some of the most exciting new discoveries in space come from far, far away, thanks to telescopes capable of detecting exoplanets that are so distant we’d likely never be able to actually visit them, but that doesn’t mean there isn’t still some pretty interesting stuff here in our own Solar System. Take, for example, the dwarf planet Haumea, a large egg-shaped body that hangs out beyond Neptune in the far reaches of our little planetary neighborhood, which researchers just discovered also happens to have a ring around it. Man, space is weird.

The research, which was published in the journal Nature, reveals that the oddly-shaped object is a real oddity, even among dwarf planets. Haumea’s oblong shape isn’t the only weird thing about it, as it also has an extremely fast rotational speed, leading to a full revolution once every 3.9 hours.

Haumea is one of only five officially recognized dwarf planets, with the others being Ceres, Eris, Makemake, and of course the onetime planet Pluto. Along with its egg shape and rapid rotation, it sets itself apart thanks to its pair of moons and of course it’s newly-discovered debris ring.

Rings around planets like Saturn, Uranus, and Neptune are well-studied and, for the most part, understood. But a dwarf planet boasting a ring of its own is definitely pretty weird, if only because it’s the first with a confirmed ring.

Interestingly, the many oddities that make Haumea such a strange dwarf planet might be related. Past research suggested that the dwarf planet experienced a collision with another object in the Kuiper Belt — the thick circle of debris that lies past Neptune — and it’s entirely possible that the impact not only caused the dwarf to spin wildly, sending debris into its orbit. That debris could have been the material that eventually formed its moons, with the rest of the dust falling into orbit and creating its ring.