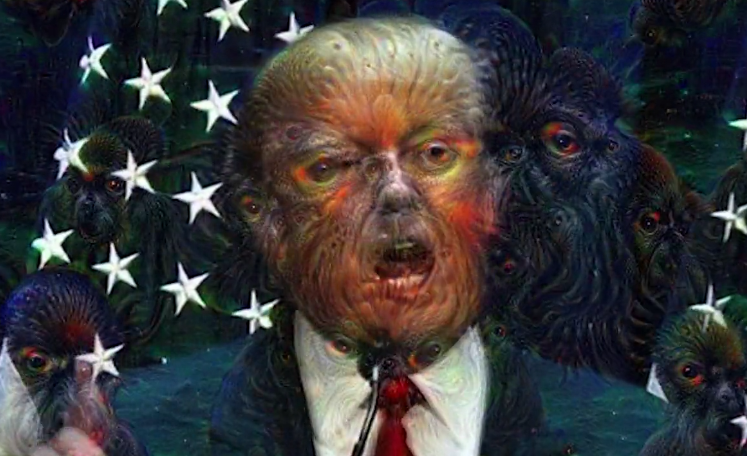 Donald Trump is literally the scariest presidential candidate in the 2016 race. In fact, a recent New York Times/CBS polls found that 50% of American voters said they’d be “scared” if he were elected president, while an additional 19% said they’d be “concerned” about his election. Given this, making the prospect of a Trump presidency significantly scarier shouldn’t be possible… except it totally is. Vimeo user Eric Cheng recently decided to run a Donald Trump speech through Google’s Deep Dream software and the results were predictably terrifying.

DON’T MISS: Get $149 worth of photo editing tools free from Google right now

In case you don’t know, Deep Dream is the program that Google’s Photos app uses to spot similarities and differences in different objects, which is why it’s so good at identifying and categorizing the contents of your photos.

“[We] just start with an existing image and give it to our neural net,” Google explained last year when it first unveiled Deep Dream. “We ask the network: ‘Whatever you see there, I want more of it!’ This creates a feedback loop: if a cloud looks a little bit like a bird, the network will make it look more like a bird. This in turn will make the network recognize the bird even more strongly on the next pass and so forth, until a highly detailed bird appears, seemingly out of nowhere.”

In this case, Deep Dream seemed to associated Trump with a Cthulhu-like creature that looks like it has multiple sets of eyes and tentacles coming out of the lower half of its face:

So yes, everyone, a Trump candidacy really could get more frightening, especially if he decides to filter every address he makes from the Oval Office through Deep Dream.