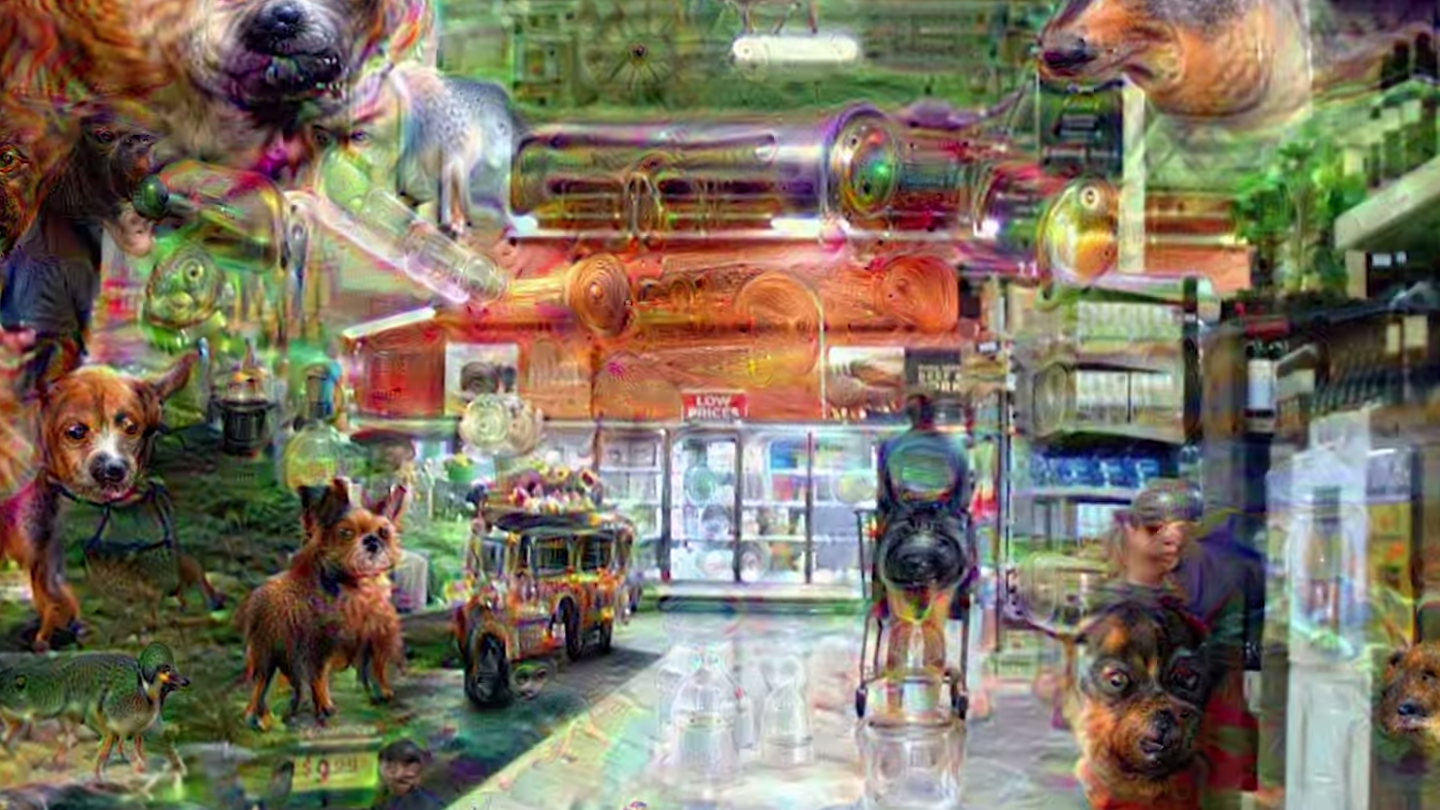 We’ve already seen plenty of nightmare-inducing photos that have been put through Google’s Deep Dream software… but what happens when you put a video through Deep Dream? We now have our answer and it’s about as freaky as you’d expect.

FROM EARLIER: Watch a sickeningly smug CEO justify raising the price for an AIDS pill by 5,500%

In case you don’t know, Deep Dream is the program that Google’s Photos app uses to spot similarities and differences in different objects, which is why it’s so good at identifying and categorizing the contents of your photos. Here’s how Google described it earlier this year:

“[We] just start with an existing image and give it to our neural net. We ask the network: ‘Whatever you see there, I want more of it!’ This creates a feedback loop: if a cloud looks a little bit like a bird, the network will make it look more like a bird. This in turn will make the network recognize the bird even more strongly on the next pass and so forth, until a highly detailed bird appears, seemingly out of nowhere.”

So now that you have that background, you’ll be able to appreciate how freaky Deep Dream can be if you apply it to a video. YouTube user Pouff shot a simple video of a trip to the grocery store and filtered it through Deep Dream. As you’ll see below, the grocery store turned into a nightmarish hallucination filled with dogs, fish and other animals appearing on the ceiling, in the walls and on the floors.

Check out the whole thing for yourself.