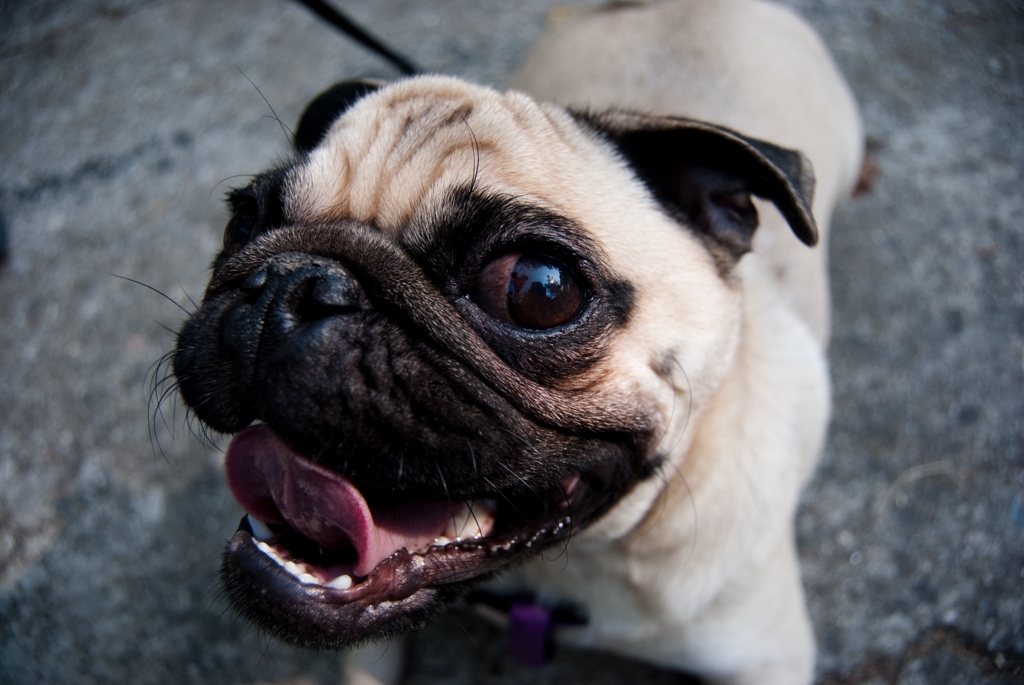 Of all the animals mankind interacts with on a regular basis, dogs have always seemed to be the most in tune with our emotional states. New research has attempted to examine why that might be, and scientists now believe they have evidence to show that dogs are incredibly adept at learning human facial cues. As it turns out, dogs really, really want their human companions to be happy, and may even share the reliance on the hormone oxytocin to promote social bonding with their two-legged caretakers.

Using eye tracking hardware to monitor the reactions of 43 individual canines, the scientists presented the dogs with images of human faces. The faces, which were either smiling or frowning, produced different reactions in the dogs, with pupil size suggesting the emotions the dogs were feeling when shown the faces. As you might expect, frowning or angry faces resulted in a sharp reaction from the dogs, with increased pupil size and attentiveness, while smiling faces put them more at ease, but that’s not the entire story.

The researchers supplemented their initial findings with further experiments using oxytocin to gauge how the “cuddle hormone” might change the dogs’ reactions. They found that, as it would in humans, oxytocin made the same frightening faces seem less intimidating, and made them more interested in the smiling faces than they had been previously.

“We were among the first researchers in the world to use pupil measurements in the evaluation of dogs’ emotional states,” Professor Outi Vainio of the Canine Mind research group explains. “This method had previously only been used on humans and apes.”

This, the scientists say, suggests that dogs are wired in much the same way as humans, and that they instinctively want their human companions to be happy. Before you get too sentimental, it’s also entirely possible (and likely) that the reaction is part of a larger survival instinct which gives dogs an edge when it comes to coexisting with humans. Happy humans means a good life for the dogs in their care, so it’s in their best interest to ensure they see more smiling faces than angry ones.