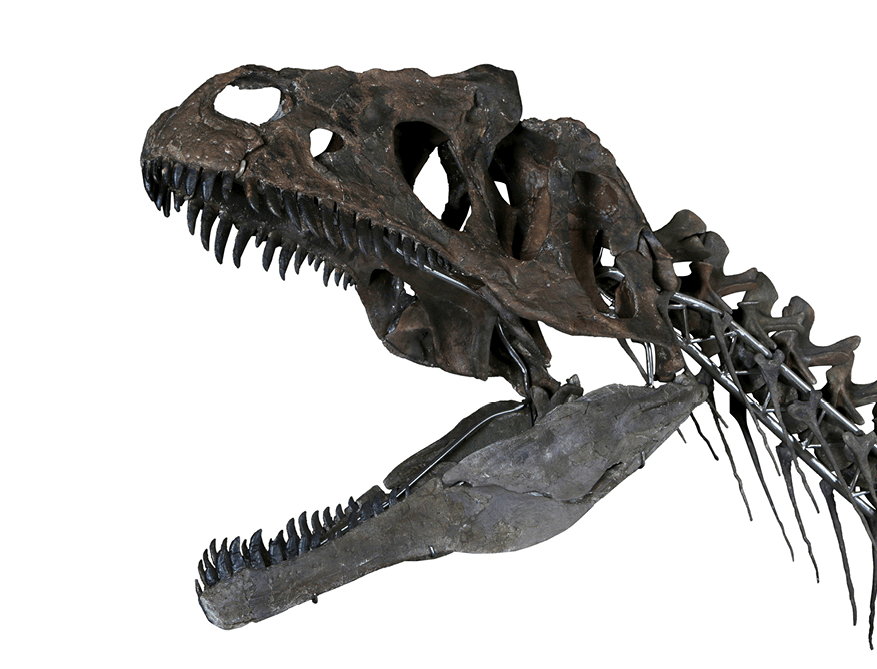 You’d think that once you find a nearly complete dinosaur skeleton most of the hard work would be behind you, but that wasn’t the case with one particular collection of fossils discovered in Wyoming a few years back. The skeleton, which is in great condition, stands nearly nine feet tall and almost 30 feet long, and it just sold to a private buyer for over $2.36 million. The only problem? Nobody knows exactly what it is.

Details surrounding the fossil are scant, and we don’t know much besides a handful of basics. CNN reports that it was removed from its stoney tomb sometime between 2013 and 2015, and that it was in the possession of a private collector before hitting an auction block in Paris.

Aguttes, the auction house that handled its sale, noted that the skeleton was examined by a pair of experts before bidding began. They came to the conclusion that the creature was similar to an Allosaurus, a Jurassic carnivore that walked upright on two legs and was similar in shape to the iconic Tyrannosaurus. Those types of dinosaurs are called theropods, and there are lots of them. However, it’s not a perfect match to the Allosaurus, meaning that it could be an entirely unclassified species that is new to science.

As you might imagine, this whole saga doesn’t sit well with many in the scientific community. Paleontologists who wish to see the skeleton formally studied, verified, and classified had called on the auction house to cancel the sale entirely so that more research could be conducted. Obviously that didn’t happen.

One particular sticking point for the miffed scientists was the suggestion in the auction listing that the buyer would have permission to have the species “named after them” if they reach an agreement with a scientist who eventually determines it to be new. That’s a bit of a sleazy way to go about getting your name in the history books, but clearly someone with a lot of spare cash decided to take the leap.

Again, the fossil has yet to be verified as a new species, and there are lots and lots of theropod species that it would need to be compared to in a scientific setting before that determination could be made. If it turns out to be an already-established species, perhaps there’s a refund policy?