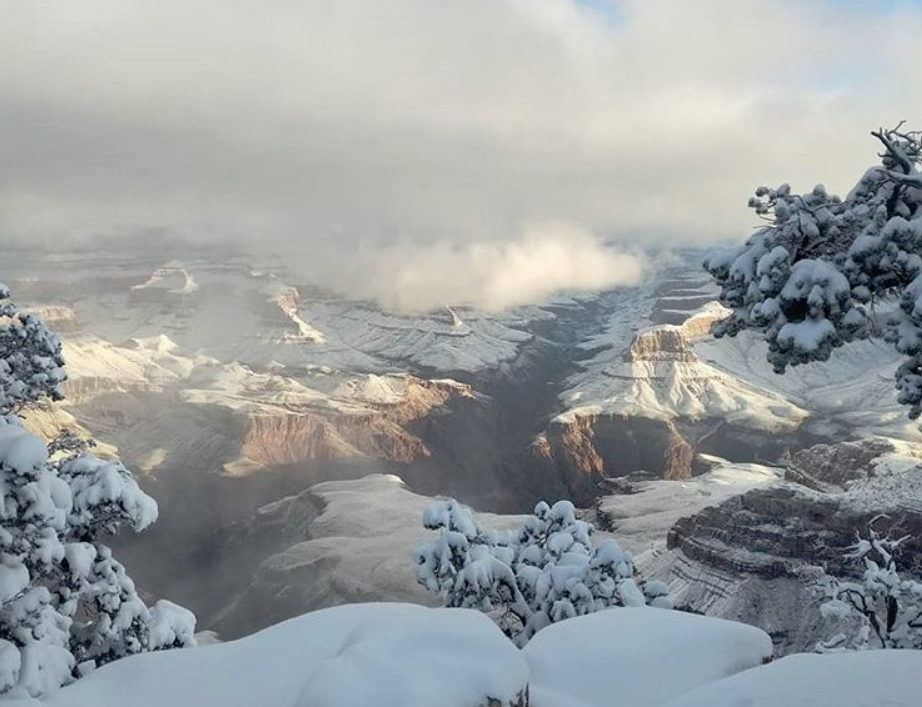 You don’t normally think of the desert as having a proper “winter,” but parts of Arizona and New Mexico got more than a light dusting of snow to start the year. The result is sprawling desert vistas glazed in white, and it’s downright lovely.

Snow isn’t entirely out of the ordinary for states like Arizona and New Mexico at this time of year, but it’s certainly not something that happens regularly, and locals wasted no time capturing the surreal sights to share on Twitter and elsewhere.

Despite the chilly temperatures, the cacti seem to be handling things just fine. In areas of the desert where vegetation is sparse, temperatures at night can creep incredibly low, so they’re used to it.

A little south of #Tucson Arizona this morning! #Snow pic.twitter.com/TzK2jCgp9D

Along with plenty of shots of snow-covered cacti and flat land, visitors of the Grand Canyon captured views of snow capped peaks and valleys. Tourists who planned a visit shortly after the New Year were greeted by some serious eye candy.

Snow – in the Grand Canyon of USA
New Years kicks off to a neat start 2019 pic.twitter.com/uGmhAo4k8w

Folks in the now-snowy parts of Arizona and elsewhere can look forward to slightly warmer weather in the days ahead. Grand Canyon Village in Arizona is expected to hit the low 40s Fahrenheit over the weekend, but that’ll remain the upper end of their daily temps for the next two weeks or so.

Nighttime temperatures will push down to the low teens, but the warmer daytime temperatures should be enough to melt a bit of the snow. There’s still plenty of winter left so this may not be the last time we see snow in the desert this season, but this round of snowfall isn’t going to last long. Unfortunately, that means the lovely views we’re seeing have a rapidly-approaching expiration date, so snap them while you can!