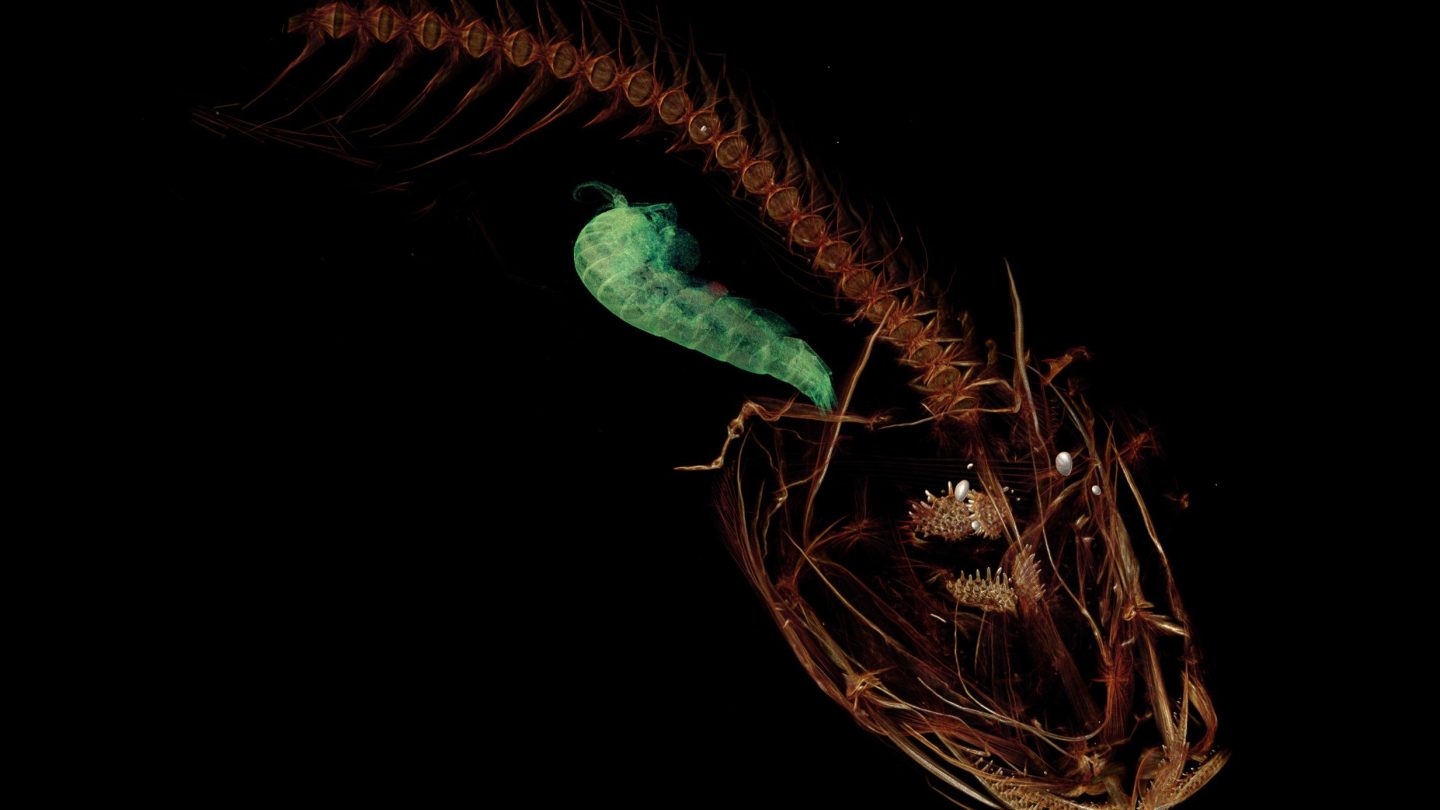 Many parts of Earth’s oceans are still largely unexplored, and the deeper you go the more mysteries are waiting to be unlocked. The deepest stretch of the ocean, the Mariana Trench, is populated by strange species that look bizarre and otherworldly compared to the animals we see closer to the surface, and new research has revealed a completely new species of fish that ventures deeper than any other, and it sure is strange.

The Mariana snailfish looks a lot like a big tadpole, but it can live its life at conditions that would completely crush any amphibian. The fish was discovered using sturdy cameras and small traps which, because of the distance, took four full hours to sink from the surface.

The creature is a true masterpiece of nature, and it’s apparently thriving in its deep home. The specimens observed by the expedition crew were all incredibly healthy and appeared well nourished, which the team attributes to the fact that predators are sparse and food is plentiful at such incredible depths.

“Snailfishes have adapted to go deeper than other fish and can live in the deep trenches. Here they are free of predators, and the funnel shape of the trench means there’s much more food,”  Thomas Linley of Newcastle University, co-author of the study, explains. “There are lots of invertebrate prey and the snailfish are the top predator. They are active and look very well-fed.”

With milky, semi-transparent skin and a relatively featureless body, the Mariana snailfish is perfectly adapted for life where sunlight fails to reach. It is completely scaleless and uses its long tail to propel it through the water, and it feeds on small crustaceans and other tiny prey.

Upon studying a few of the specimens that were brought up from the deep, the researchers were able to declare the fish an entirely new species. Video recorded of the fish living at a depth of 26,686 feet below the surface is the confirmation scientists needed to declare it the deepest fish in the oceans.