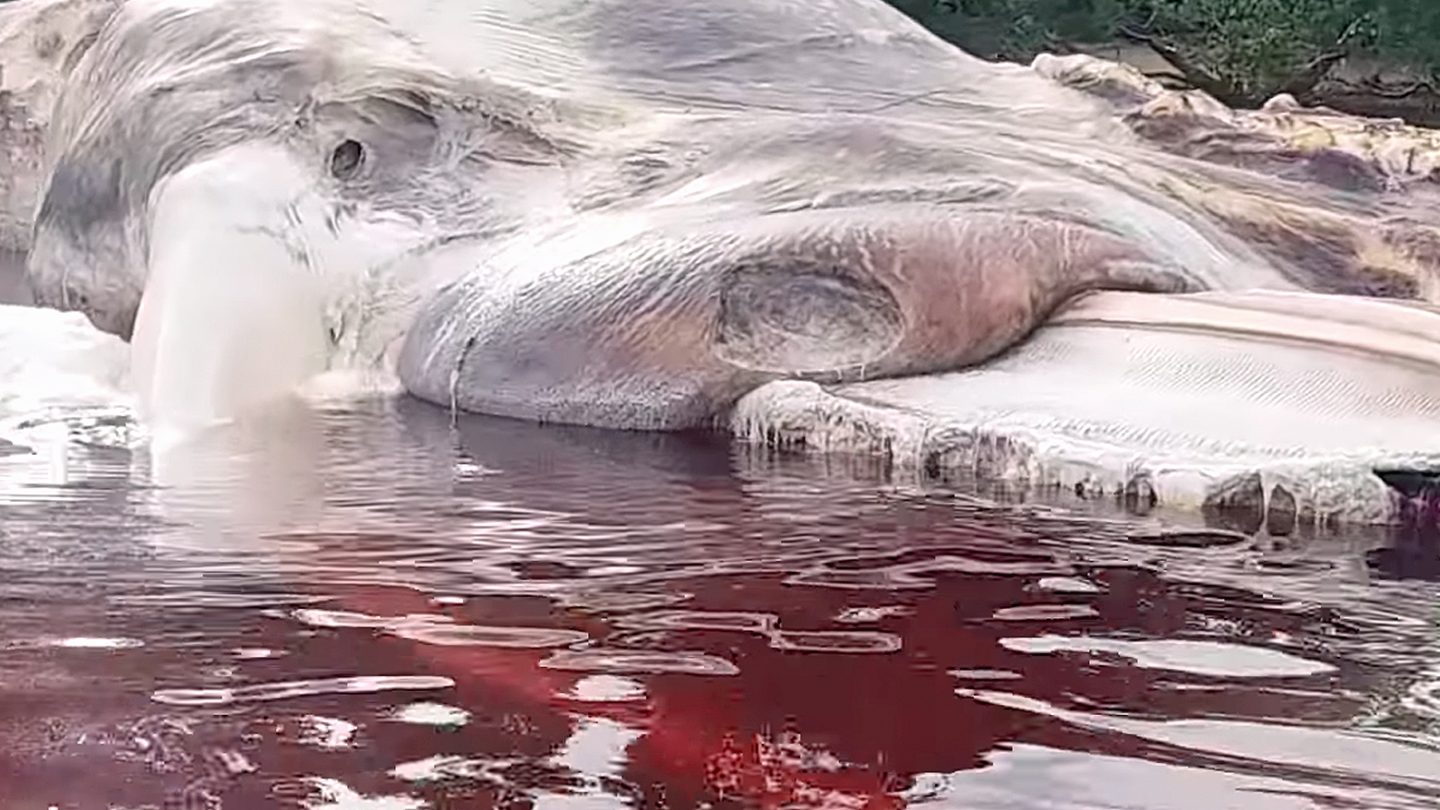 The sea still holds great mysteries for mankind. A few examples of this are the peculiar disappearances in the Bermuda Triangle, the origins of the Baltic Sea Anomaly, and whatever the heck just washed up on the shore of the Indonesian island of Seram. The massive 50-foot-long creature, long since deceased, is already decaying, and nobody can seem to offer a definitive answer as to exactly what it is… or was.

The discovery, reported by the Jakarta Globe, was made by a resident of the island who, after spotting it in the dark of night, initially thought the creature was a stranded boat. Now, the dead animal has become a bit of a local celebrity, as residents stop by to catch a glimpse of whatever it might be.

In the initial report, the creature is said to be a giant squid, and notes that local government is being asked to deal with its remains. However, others have suggested that it’s not a squid at all, but a dead whale which has grown unidentifiable due to decay. In terms of size, both sperm whales and giant squids would seem to match, as both can reach similar lengths, though if the squid theory proves true it would be a particularly large specimen.

Videos shot by locals seem to support the idea that the rotting corpse is actually that of a whale, as large bones appear to be visible among the remains. Whatever it is, it’s huge, dead, and gross.