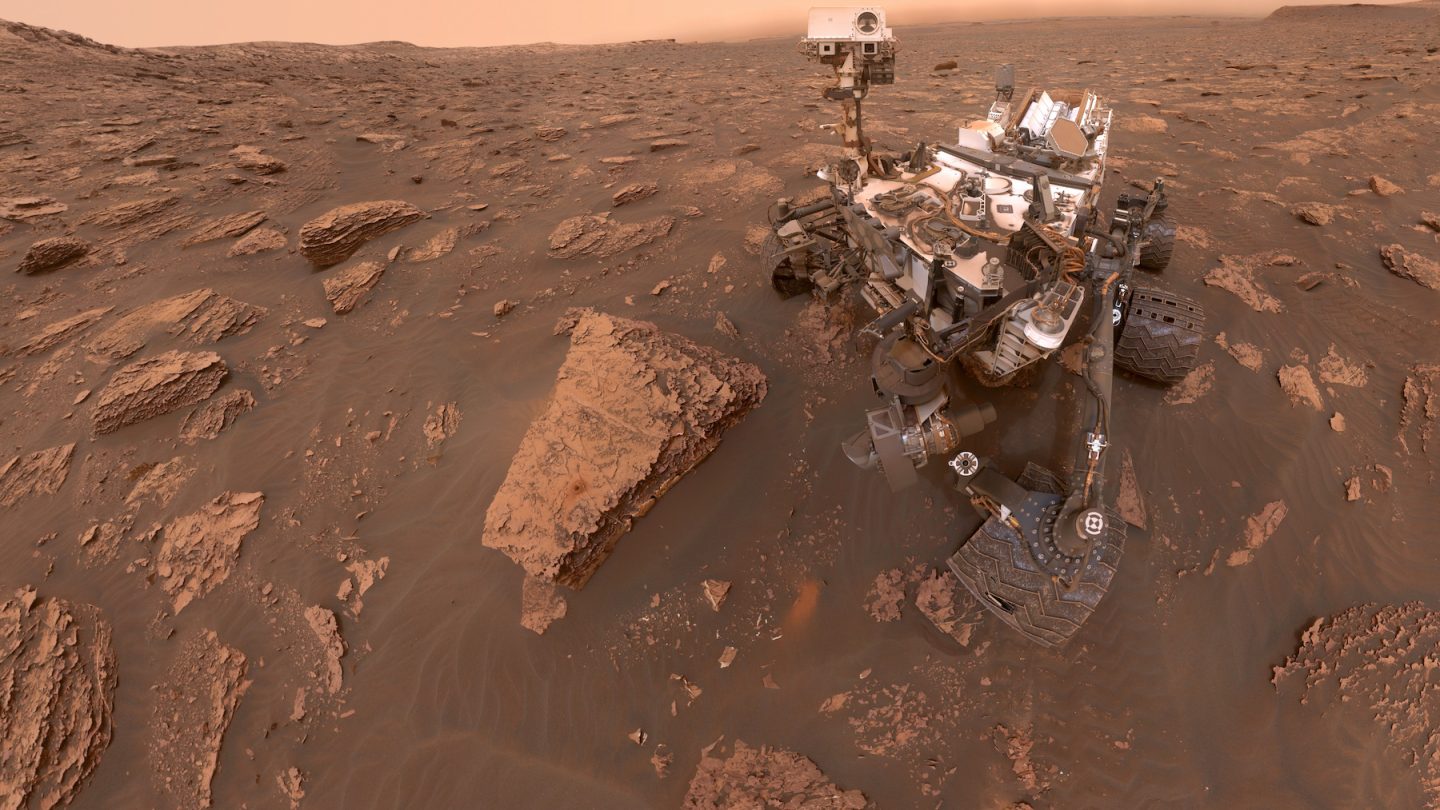 Time flies when you’re hanging out on another planet. It’s hard to believe, but it’s now been eight years since NASA’s incredibly capable Curiosity rover touched down on the Red Planet, and NASA is celebrating the incredible accomplishment while looking forward to the rover’s still-bright future.

The rover landed on Mars on August 5th, 2012, and has been exploring the Martian landscape ever since. Its targeted landing zone, a massive impact site known as the Gale Crater, is an incredibly interesting place for study. It’s home not only to areas that are thought to have once been rich with water but also features a massive mountain in its center. Among its many discoveries is the evidence that life could have existed on Mars long ago.

NASA offers a brief summary of what Curiosity has been up to since it landed eight years ago:

Since touchdown, the rover journeyed more than 14 miles (23 kilometers), drilling 26 rock samples and scooping six soil samples along the way as it revealed that ancient Mars was indeed suitable for life. Studying the textures and compositions of ancient rock strata is helping scientists piece together how the Martian climate changed over time, losing its lakes and streams until it became the cold desert it is today.

So, a couple of things to note here. For starters, traveling 14 miles over the course of 8 years might not sound like much of an accomplishment, but you have to consider that the rover is taking commands from Earth that take up to 20+ minutes to make the trip.

Furthermore, the rover’s handlers have to be extremely careful with the robot, as any serious damage or mishap with the pricey machine could lead to lengthy downtime or even the end of the mission as a whole. So, the rover creeps along at very slow speeds, and decisions on where it heads are made by a large group of talented scientists.

This is all in addition to the fact that when the rover reaches one of its several destinations, it conducts science experiments and observations that can take a long time to complete. These experiments, like drilling and analyzing rock samples, have to be done very carefully, and NASA has had to struggle with some downtime of its drilling instrument along the way as well.

But this is hardly the end of Curiosity’s adventure. In fact, in some ways it’s just getting started. The rover has a nuclear power source that should be capable of providing it with power for at least 14 years. Assuming the rover’s body is up to the task, we can expect many more years of scientific discoveries from Curiosity, and many more anniversaries as well.