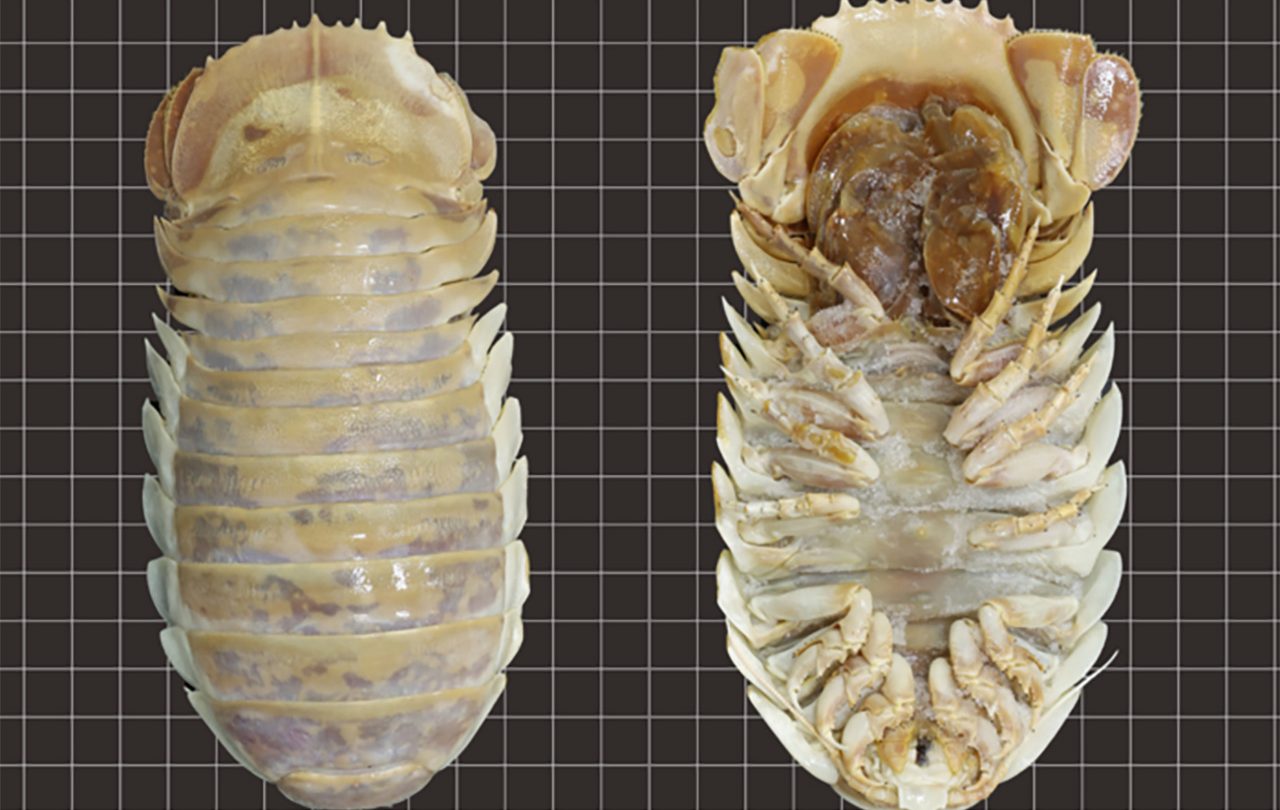 A group of scientists recently trapped a massive isopod in the deep sea off the coast of Mexico. These isopods became famous during observations in 2019 as a video of them eating an alligator went viral. Now, researchers are studying this giant “sea bug” more in-depth.

New study on giant “sea bugs” reveals they can grow up to 1.5 feet long

Of course, these giant “sea bugs” are actually bugs at all. Instead, they’re giant isopods known as Bathynomus yucatanensis. Like other isopods, they are often considered insects, though they don’t fit into the category. The researchers described the creature in detail in their study, published in the Journal of Natural History this month.

The researchers refer to the giant isopod as a scavenger. They also note that it is common in tropical and temperate areas of the deep sea. So far, a total of nineteen extant and four fossil species of the genus have been described. However, as noted above, the most recent research into these giant sea bugs has revealed intriguing information about them.

While they can clean an entire alligator corpse of its flesh in just 51 days is impressive, there isn’t much to fear from these giant isopods. They are scavengers, so they don’t appear to hunt or stalk prey. Instead, they look for any kind of corpses or meals that they can easily get access to. Despite that, though, they are still somewhat terrifying.

The study not only looks at the new species of giant “sea bug” outright, but it also compares it to similar isopods like it. B. yucatanensis can grow up to 1.5 feet long, from the creature’s head to its tail. Because of its whitish color, the researchers say it almost looks like giant pieces of rice floating along the bottom of the sea. Of course, once you turn it over, you’ll quickly realize that isn’t the case.

We still don’t know much about this new species of sea isopod. But, if this new study is anything to go on, scientists are quickly digging deeper into the species, where it lives, and how it survives. For now, though, I’m happy that I never have to go swimming anywhere near where they call home.