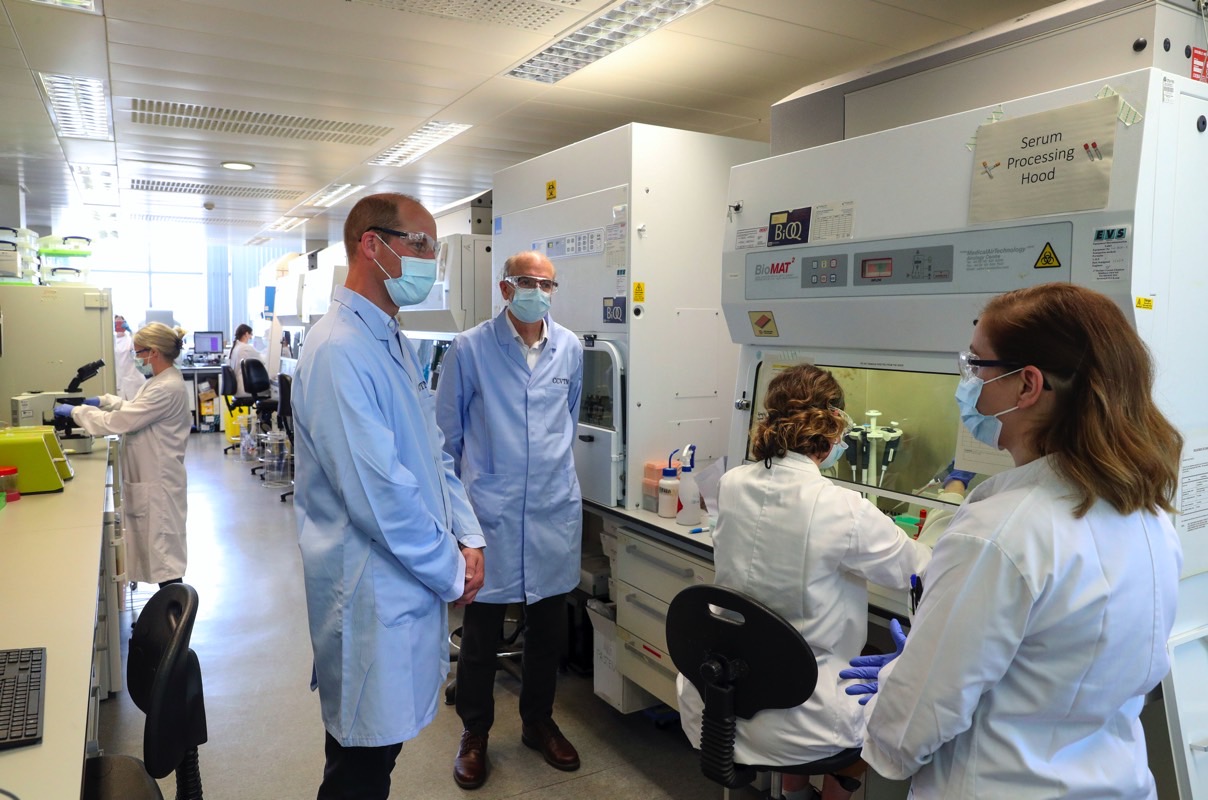 Several vaccine candidates have reached the final phase of trials, with both Moderna and Pfizer/BioNTech announcing their Phase 3 trial plans earlier this week. The AstraZeneca/Oxford vaccine is the other popular vaccine candidate that will kick off its final testing stage next month. Results could come as early as October or November for some of these drugs, and regulators may issue emergency use authorizations before 2020 is through. Only certain at-risk categories of people could be immunized this year though, including the elderly and frontline workers. The general population won’t get access to coronavirus vaccines until sometime in early 2021 at the soonest.

That all hinges of the success of Phase 3 trials. The experimental drugs have to prove they’re effective, and that the immune response they induce can prevent COVID-19 infections. There’s no guarantee that any of the most advanced vaccine candidates will pass Phase 3 will have results good enough to warrant regulatory approval. But let’s not forget that some 150 teams have embarked on this coronavirus vaccine journey, and many of them will start clinical trials in the coming months. Also, the fact that some of the companies that have reached Phase 3 stages have begun talking about possible prices for their drugs might be a sign that the companies are confident that their products can block the infection.

Not all COVID-19 vaccines will be priced equally, even if they provide the same result and need the same number of shots to get the job done. Some companies will seek a profit immediately, while others will sell the drugs at much tighter margins and aim to profit from sky-high vaccine demand.

Sources told The Financial Times (via The Motley Fool) that Moderna aims to sell its vaccine at $50 to $60 per two-dose treatment. The company’s mRNA drug will be administered to Phase 3 volunteers in two doses. The price applies to rich countries like the US, with other people familiar with the market saying Moderna has prioritized these markets. Moderna’s pricing “causes considerable concern and difficulties in negotiations, in view of the fact that other companies have pledged much lower prices,” per the report.

AstraZeneca is expected to sell the Oxford drug to certain European governments for only $3 to $4 per dose, according to SVB Leerink analyst Geoffrey Porges. AstraZeneca inked a $1.2 billion deal with the US government for 300 million doses as well, which also puts the price of the vaccine at $3 to $4. The pharmaceutical company has inked deals with other countries including the UK and India for vaccine supply, and it’s aiming to mass-produce 2 billion doses once the drug is approved. Oxford researchers involved in the project have said that they’re aiming to keep costs down for the vaccine, insisting the partnership with AstraZeneca is a not-for-profit partnership.

Pfizer is working with Germany’s BioNTech vaccine, which started Phase 3 trials this week as well. Pfizer will sell the drug for around $20 per dose, CEO Albert Bourla told The Wall Street Journal. The company doesn’t see the coronavirus problem disappearing anytime soon, and the vaccine could be needed for many years to come. That’s in line with recent research that said COVID-19 immunity might not last longer than a year, as is the case with other human coronavirus vaccines. JPMorgan Chase & Co. estimates that Pfizer’s annual coronavirus vaccine sales could reach $5.5 billion in 2022, assuming an initial price of $20 per dose in the US. The BioNTech drug would also require two doses per patient, according to the protocol used during clinical trials.

Bourla said that the price for poorer markets would be more affordable. “It’s a very different dynamic over there, and I will not hold us to the same standard to charge $19 per dose,” he said of African countries. The US government inked a $1.95 billion deal with Pfizer for 100 million doses, which price the vaccine at around $20 per dose.

The GAVI vaccine alliance, which is co-leading the COVAX facility meant to ensure fair pricing to coronavirus vaccines, told Reuters that it had no specific target price in mind. It’s aiming to negotiate tiered pricing for richer and poorer countries. The CEO of GAVI, Seth Berkley, explained that the price leaks from the European Union indicated that vaccines would cost $40 per dose, but that’s not an accurate figure. That $40 target was the maximum estimate for wealthy countries, the exec said.

The COVAX initiative is co-led by GAVI, the World Health Organization, and the CEPI Coalition for Epidemic Preparedness Innovations, aims to deliver 2 billion doses across countries that sign up by the end of 2021. Berkley explained that it’s too early to say exactly how much COVID-19 vaccines will cost because testing isn’t finished for any of them. That doesn’t change the fact that some companies will look to make a sizeable profit while others won’t, at least initially. Regardless of what vaccines will cost, some governments will provide them free of charge to their citizens, although we have yet to see any official COVID-19 immunization policies.