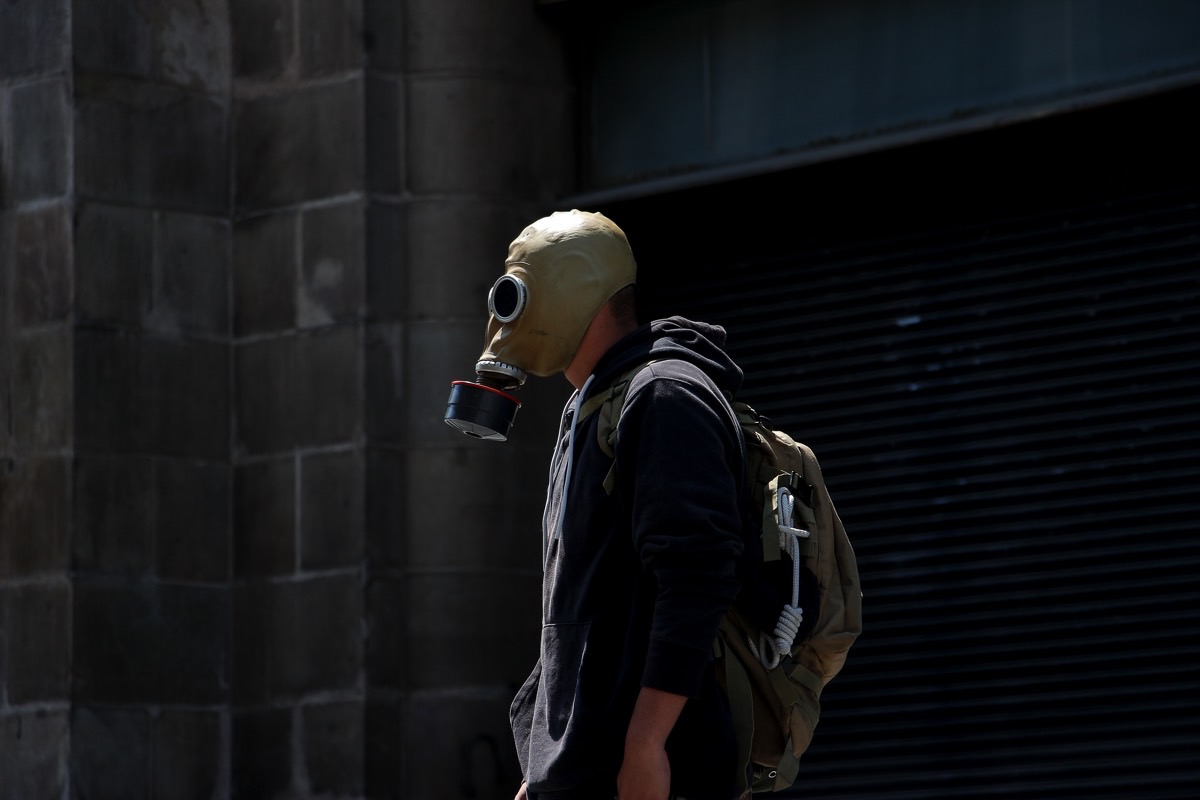 More and more research seems to indicate that the novel coronavirus can travel well beyond the 3-6 feet that the WHO and CDC recommend as a safe distance. Contact tracing in China showed that a person infected members of three families sitting more than three feet from each other in a restaurant, as virus-laden droplets and micro-droplets were carried by the air conditioning system to other tables.

A study that analyzed how the virus can travel indoors inside a hospital found viral particles 13 feet from a patient, and it was due to the airflow in the area where COVID-19 patients were being treated. Other studies have looked at how droplets traveled in the air after a sneeze and a cough and theorized that micro-droplets could linger in the air for a more extended period, and possibly infect other people. All these studies seem to prove that the use of a mask is mandatory during the health crisis, even if it’s an improvised solution.

But what if the virus could travel for over much greater distances than we previously imagined? Researchers are studying the hypothesis after having discovered that the virus can bind to pollution particles.

Italian scientists have been probing the air around Bergamo, a city in the northern province of Lombardy that has been hit the hardest by COVID-19. They collected air from one urban and one industrial site in Bergamo and identified a gene specific to COVID-19 in multiple samples. An early version of the study that’s yet to be peer-reviewed has been published in medRxiv.

“I am a scientist, and I am worried when I don’t know,” University of Bologna scientist Leonardo Setti told The Guardian. “If we know, we can find a solution. But if we don’t know, we can only suffer the consequences.”

Setti’s work suggests that higher levels of particle pollution could explain the higher rates of infection in parts of northern Italy before the lockdown was imposed. That conclusion is yet to be confirmed by others and might require additional research to prove that the virus can be carried by pollutants and infect other people. Recent research from Italy says the virus may have arrived several weeks before the first case was registered in the north.

But The Guardian notes that previous studies showed that pollution can harbor microbes, and it’s likely to have carried other viruses, including bird flu, measles, and foot-and-mouth disease over considerable distances.

Studies have already correlated increased levels of air pollution with an increasing number of COVID-19 deaths, but that doesn’t mean air pollution infected the population. People whose lungs were exposed to dirty air for a long time, as well as those who smoke cigarettes and weed, might be more likely to exhibit COVID-19 complications because their lung tissue is already affected by various irritants when the virus arrives.

Also of note is the fact that the virus can only survive for a limited amount of time outdoors. Research has shown that it’s between a few hours and a few days on certain surfaces. Exposure to ultraviolet light is also deadly for the virus. With all that in mind, it’s unclear whether the virus could bind to pollutants, then travel through the air under solar light, and still be viable once it reaches the lungs of a person.

That said, if anything, this research further proves that wearing a face mask is a good idea. It can reduce the risk of COVID-19 transmission, and it might prevent the inhalation of certain pollutants. Finally, the health crisis does have one silver lining. Air pollution levels have dropped significantly in various places where social distancing measures have been enforced.