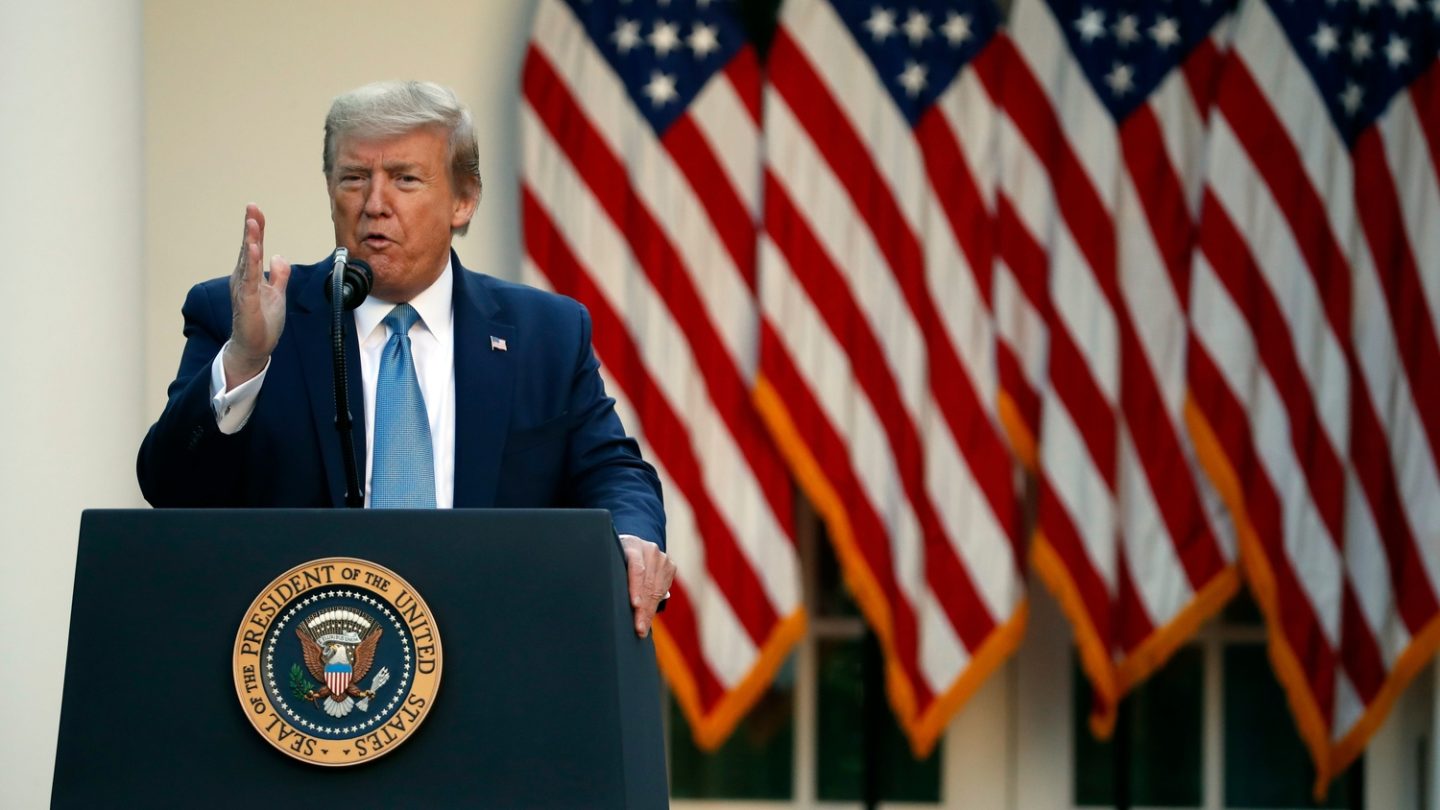 “I see the disinfectant where it knocks it out in a minute, one minute,” a middle-aged man said on TV on Thursday, and then he wondered whether there’s a way “we can do something like that by injection inside or almost a cleaning” to get rid of the novel coronavirus. “As you see, it gets in the lungs, it does a tremendous number on the lungs, so it would be interesting to check that.” Anyone is free to wonder aloud about anything, the COVID-19 health crisis included. But if you’re the most powerful leader in the world and say those things on TV, it might be very dangerous. There are people who already think that bleach can cure COVID-19, just as some attempted to prevent being infected by taking a drug that sounded like the one Trump advertised on TV.

Trump’s remark above followed a similar comment about exposing the body to light or bringing light inside, “which you can do either through the skin or in some other way,” to kill the virus. This happened after Bill Bryan, head of the Department of Homeland Security’s science and technology division, presented various new discoveries about the coronavirus’s viability in various conditions. But Trump’s twisting of said presentation prompted a huge reaction online. That’s why hashtags like #InjectDisinfectant and #TidePodPresident trended on Twitter on Friday. And that’s what prompted the maker of Lysol to warn buyers not to drink disinfectant.

Trump had to walk back those remarks later, after Bryan made it clear that federal laboratories aren’t considering any of those therapies. But that may not be enough for some people. Reckitt Benckiser on Friday issued an official statement in response to Trump’s remarks, via Gizmodo:

Due to recent speculation and social media activity, RB (the makers of Lysol and Dettol) has been asked whether internal administration of disinfectants may be appropriate for investigation or use as a treatment for coronavirus (SARS-CoV-2).

As a global leader in health and hygiene products, we must be clear that under no circumstance should our disinfectant products be administered into the human body (through injection, ingestion or any other route). As with all products, our disinfectant and hygiene products should only be used as intended and in line with usage guidelines. Please read the label and safety information.

We’ve already told you how some people sell versions of bleach as COVID-19 treatments and how the CDC and FDC issued a stern warning to some of those sites to stop it. Banned from Facebook and YouTube, the MMS/bleach hoax hasn’t died down. Instead, it’s thriving over on Telegram where people are still selling it to groups of gullible people.

Separately, a man killed himself by ingesting a chemical used to clean fish tanks that sounded a lot like hydroxychloroquine after hearing about it on TV. The Tide Pod Challenge from a few years ago proved people can be stupid even when there isn’t a global health crisis to worry about.

That’s probably why the Lysol maker felt it had to come out with a clear warning that its products that can kill the coronavirus on surfaces aren’t supposed to be used to treat COVID-19 patients or prevent the infection. Check out Bill Bryan’s remarks from the White House briefing on Thursday, as well as Trump’s reaction below: