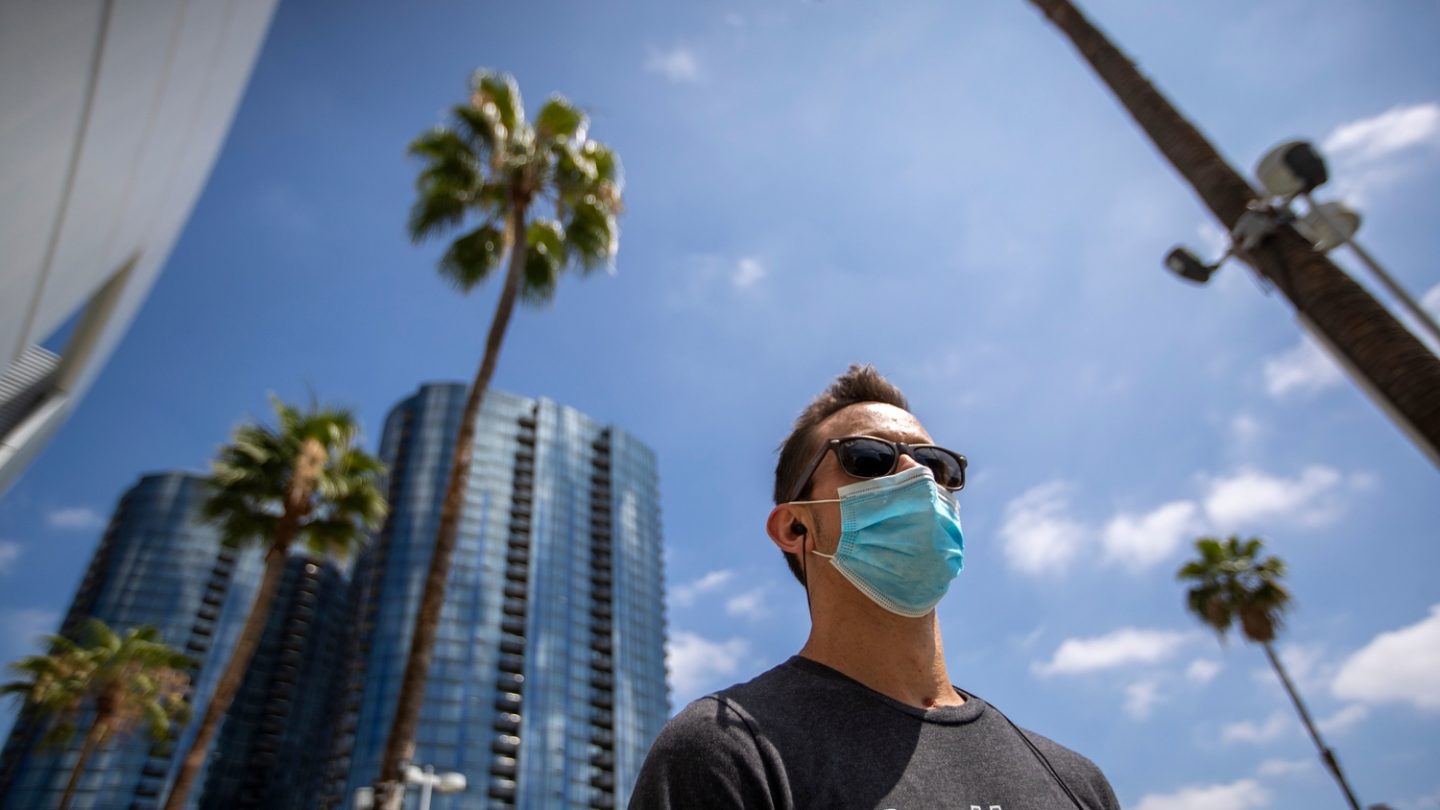 This weekend, Florida blew past New York’s previous record of more than 12,000 daily confirmed cases of the novel coronavirus with a stunning 15,300 cases of its own. That’s by far the most cases that any US state has reported in a single day since the pandemic began about four months ago, and it came hours after Florida announced that close to 7,000 patients are currently hospitalized throughout the state with COVID-19. But, because everything is terrible, so-called anti-mask activists decided this weekend would be a good time to hold a rally.

Reuters reports that these anti-maskers gathered outside of grilled cheese bar 33 & Melt in Windermere, Florida on Saturday to protest mask policies and the use of masks. 33 & Melt owner Carrie Hudson has apparently been in the limelight ever since she announced that her customers would not have to wear masks, even though Orange County officials began mandating the use of masks for everyone going out in public on June 20th.

As you can see in the video from Reuters below, the protest wasn’t exactly well-attended, but no one who showed up to 33 & Melt on Saturday was wearing a mask. In fact, the only masks visible in the video are those on the Division of Alcoholic Beverages and Tobacco agents who reportedly showed up to serve Hudson a warning:

Time and time again, evidence suggests that masks, social distancing, and good hygiene can significantly decrease one’s risk of being infected with the coronavirus, and yet there are still Americans who see it an attack on their liberty or a sign of weakness or a conspiracy perpetrated by an unknowable force. Meanwhile, in South Korea, an incredibly dense country of 50 million, fewer than 300 people have died and it has been months since more than 100 confirmed cases were reported in single day. What’s their secret? They wear masks.

To cap it all off, World finally reopened on Saturday just as Florida was on the precipice of setting a terrifying new record. The parks are taking several precautions to keep visitors safe, such as limiting the number of guests and requiring everyone to wear masks, but with the infection rate as high as it is in Florida, there’s no way that these parks can guarantee anyone’s safety. Astoundingly, the official City of Orlando COVID-19 Data Tracker hasn’t been updated since June 26th, but the Florida Department of Health dashboard shows that nearly 3,000 people in Orange County tested positive between Friday and Sunday. It might be best to get Goofy’s autograph another time.