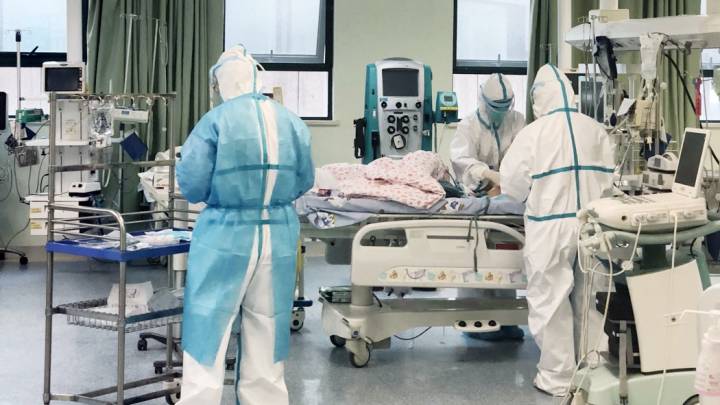 Doctors are studying several drugs in COVID-19 treatment protocols, and researchers are advancing with vaccines and new drug trials as you read this. But only one of these drugs is currently proven to work against the novel coronavirus, Gilead Science’s remdesivir. There are huge caveats when it comes to remdesivir therapies, however. First of all, supply is running low and Gilead won’t be able to meet demand anytime soon. Even worse, the medicine is only effective with COVID-19 patients experiencing mild to moderate versions of the disease. Doctors still have to figure out therapies that can help in severe cases, which are the most dangerous ones. They can lead to respiratory complications, as patients often need oxygen therapy as well as intubation and ventilation. The immune response can get out of control and lead to multiple organ failure and even death.

Focusing on the blood could turn out to be a key strategy in treating the disease. Doctors have shown that therapies based on plasma can help improve the conditions of severe cases dramatically. Other researchers found that adding blood thinners to COVID-19 treatment can prevent clotting and improve the health of patients. Doctors from the UK are looking at T lymphocyte levels in the blood, which can mark a severe COVID-19 evolution and offer a way to prevent them. More recently, oncologists treating blood cancer discovered that the use of a drug called Calquence can be a pivotal addition to coronavirus treatment.

The drug’s generic name is acalabrutinib, with AstraZeneca’s version of the compound named Calquence. It’s a Bruton’s tyrosine kinase (BTK) inhibitor that can block the BTK protein from calling the immune system’s white blood B cells. As a result, the BTC inhibitors may reduce the exacerbated immune response observed in COVID-19 patients — the so-called cytokine storm. The drug is already effective in certain versions of blood cancer and has very few side effects.

Calquence is approved in the US for mantle cell lymphoma and chronic lymphocytic leukemia. Calquence isn’t the only BTK inhibitor available, Forbes explains. Other drugmakers have similar products, like AbbVie’s Imbruvica.

Doctors treated seven sicker COVID-19 patients at Penrose Hospital and St. Francis Medical Center in early April with the drug, including two who were on ventilators. They were part of a study of 19 patients suffering from acute respiratory distress syndrome (ARDS), the respiratory complication that can often result in death.

Most of the patients showed improved oxygenation as early as one to three days after the drug was first used, with no toxicity. Blood tests that followed confirmed the drug was effective at reducing the inflammatory response. After a course of Calquence that lasted from 10 to 14 days, 9 out of 11 patients on oxygen were discharged from the hospital. The efficacy of the drug wasn’t as good for the patients on ventilators, as only four of the eight patients were extubated and taken off oxygen. Five patients in total died while on the blood cancer drug, including the remaining four on ventilators. However, there was no comparison group in the study. Researchers were not able to compare their results against a control group in this stage of the trial.

These are promising results even so. AstraZeneca will go forward with an extended Phase 2 clinical trial that will include 200 hospitalized patients.

If effective, the drug could help authorities come up with new treatment protocols for severe COVID-19 cases. The National Institutes of Health (NIH) was involved in the study, which was led by the Center for Cancer Research at the National Cancer Institute (NCI). Scientists from the National Institute of Allergy and Infectious Diseases (NIAID), the US Department of Defense’s Walter Reed National Military Medical Center, and four other hospitals were also involved.

There are a few downsides to using Calquence. Per Forbes, the doctors involved in the study had to drive to Denver from Colorado Springs to secure two bottles of available Calquence, “which costs about $14,000 for a 30-day supply.” They raced the drug back to the hospital, and the report notes the supply was enough for six people.

In addition to potential scarcity and the steep price, physicians have an even bigger problem to fix. Unlike remdesivir, which is administered intravenously, Calquence comes in a capsule. That might not be a problem for patients who are not intubated for mechanical ventilation, but severe COVID-19 cases often require the use of ventilators. The researchers advise doctors to mix the powder in the capsule with Coca Cola, which has the right acidity to dissolve the drug. The combination then has to pass through a nasogastric tube. A pharmacist at Penrose Hospital mixed the drug with Diet Coke after shaking the soda three times to reduce the carbonation, which has the potential to turn the drug into an aerosol.

AstraZeneca still isn’t sure if the four patients on ventilators who died were able to absorb the drug adequately. The company is conducting a study on healthy volunteers to see how to administer Calquence to patients using nasogastric tubes.

The full study is available in ScienceMag.