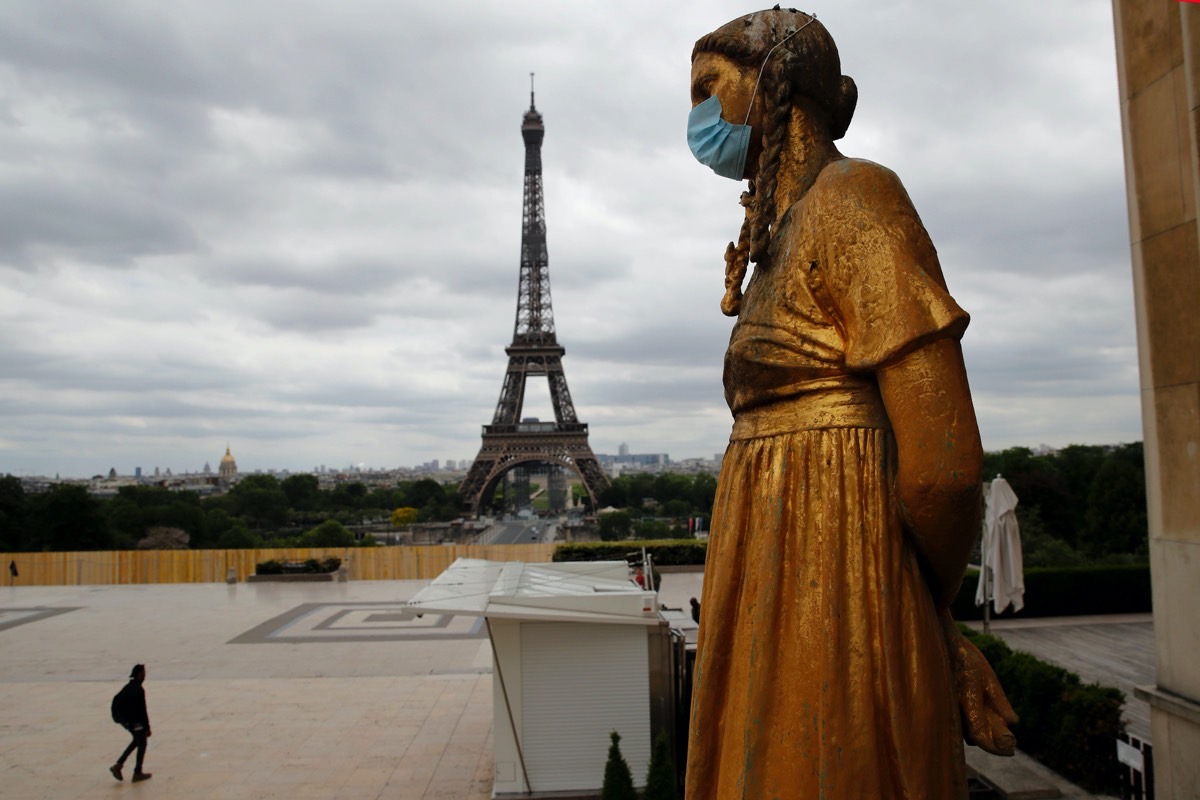 France is one of the European countries hardest hit by the novel coronavirus, registering an estimated 170,000 patients, of which 25,201 had died at the time of this writing. The number isn’t exact because France realized in mid-April that a huge number of residents and medical personnel living in nursing homes are probably infected, although not all of them have received COVID-19 tests. On top of that, there may be thousands of other people who got the virus without exhibiting any symptoms, so they were never recorded as COVID-19 positive — the same hypothesis is valid for any country dealing with a local coronavirus outbreak, of course.

France has started looking back at patients who may have died after developing flu-like symptoms as early as of December 2019, finding evidence that the first COVID-19 case in the region may date back to late 2019, more than a month sooner than initially believed.

The first COVID-19 cases in France were reported on January 27th, but the outbreak seemed to be under control until late February. That’s when the number of cases exploded in Europe. New data from doctors from Paris claims that the first COVID-19 cases may have appeared in late December 2019. “Covid-19 was already spreading in France in late December 2019, a month before the official first cases in the country,” said a team at Groupe Hospitalier Paris Seine in Saint-Denis. The study was published on Sunday in the International Journal of Antimicrobial Agents, CNN reports.

Dr. Yves Cohen, an intensive care specialist, and his colleagues studied the records of earlier patients looking for COVID-19 cases there were undetected. The team looked at all cases that were admitted between December 2nd and January 16th with flu-like symptoms. They then tested frozen samples from those patients and discovered that one man was indeed infected with the novel coronavirus.

“One sample was positive taken from a 42-year-old man born in Algeria, who lived in France for many years, and worked as a fishmonger,” the team said. “His last trip was in Algeria during August 2019.”

The man had not been to China and one of his children had been sick. The man also had asthma and type II diabetes, and was treated with antibiotic therapy and discharged on December 29th following a favorable evolution after two days in the hospital. His symptoms got worse for four days before he went back to the emergency room with a cough that included blood, headache, and fever. Given that coronavirus symptoms take anywhere from 2 to 14 days to appear, the man might have been infected in mid-December. This could also explain why things got so bad, so quickly — people may have been walking around for weeks spreading the disease before anyone realized what was happening.

“Identifying the first infected patient is of great epidemiological interest as it changes dramatically our knowledge regarding SARS-COV-2 and its spreading in the country. Moreover, the absence of a link with China and the lack of recent travel suggests that the disease was already spreading among the French population at the end of December 2019,” Cohen’s team wrote. “Our results strongly support these two assumptions, suggesting that many asymptomatic patients were not diagnosed during January 2020 and contributed to the spread of this epidemic.”

If verified, these conclusions might indicate that the models the country is running to mitigate the epidemic can’t be accurate. What the study doesn’t explain is where the patient may have gotten the infection.

Similar research came out of Italy a few days ago. A team of doctors discovered that the country’s first COVID-19 patients may have gone undetected as far back as January, but maybe even earlier than that. Italy’s first cases were confirmed on January 31st, but those were two tourists from China. The first Italians to get the disease were discovered on February 21st. As is the case with the French study, the Italians think their first cases may not have come directly from China. Instead, the novel coronavirus may have made its way to Italy from Germany.

American doctors also found that the first deaths following COVID-19 complications occurred in the first half of February, several weeks before what was believed at the time to have been the first coronavirus death in the country.