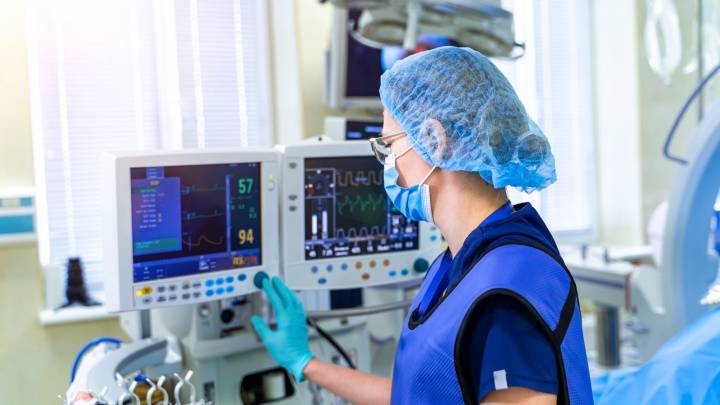 The first answer to one of our most pressing COVID-19 questions is now available thanks to a brand new study. Immunity to the novel coronavirus might be short-lived, as doctors in Hong Kong think they found the first case of genuine reinfection with the virus. A 33-year-old man who survived the infection in March tested positive again for SARS-CoV-2 in mid-August.

This wasn’t one of those cases where a person who had COVID-19 tests positive again a few weeks or months later. It’s an actual case of reinfection that was documented with the help of blood work that proved the new acute phase of infection, antibody tests, and a genome sequencing that confirmed the man got the new strain of the virus. This version holds the D614G mutation that appears to be more infectious than the initial variant of SARS-CoV-2.

The young man tested positive in late March, presenting symptoms that included cough, sore throat, and fever for three days. He was hospitalized even though his symptoms disappeared and discharged two weeks later after two negative tests. At the time, he did not develop antibodies, or the scientists could not find any in the blood samples they had from the first infection.

On August 15th, he returned home from Spain and went through an airport COVID-19 screening upon his arrival. He had no symptoms, but the PCR test was positive, so the man was hospitalized and monitored again.

The doctors conducted a genetic analysis of the new strain and discovered that it was a different version of the virus that included several mutations, including the famous D614G. Other tests confirmed the inflammatory response to the new virus, and the patient developed antibodies during the second episode of COVID-19.

The scientists are convinced this is an actual case of COVID-19 reinfection, which may turn out to be the first such case where a person developed the disease a second time. This finding has important implications for COVID-19 therapy, public health policies, herd immunity, and vaccine research.

“The confirmation of reinfection has several important implications. First, it is unlikely that herd immunity can eliminate SARS-CoV-2, although it is possible that subsequent infections may be milder than the first infection as for this patient,” the researchers wrote in a pre-print version of the paper that was not peer-reviewed (via Gizmodo). “COVID-19 will likely continue to circulate in the human population as in the case of other human coronaviruses. Re-infection is common for “seasonal” coronaviruses 229E, OC43, NL63 and HKU1 [24]. In some instances, reinfection occurs despite a static level of specific antibodies. Second, vaccines may not be able to provide lifelong protection against COVID-19. Furthermore, vaccine studies should also include patients who recovered from COVID-19.”

The scientists also believe that the man’s immune response after the first infection may explain the milder case upon reinfection. The patient was asymptomatic throughout his second COVID-19 experience, and tests showed new neutralizing antibodies five days after the second diagnosis. The researchers have no idea whether the man developed antibodies the first time around, as they can’t prove the antibodies were detectable at the time. T cells may have contributed to the second immune response as well.

Previous research showed that neutralizing antibodies can disappear from the blood within three months after reinfection. But a variety of studies explained that other immune cells called T cells would retain a memory of the virus, and then they’ll be prepared to fight back if reinfection occurs. This can involve the direct destruction of infected cells and the creation of new antibodies.

However, the Hong Kong researchers warn there’s no guarantee that all reinfections will be of the mild variety. are warranted. “In summary, reinfection is possible 4.5 months after a first episode of symptomatic infection,” the scientists wrote. “Vaccination should also be considered for persons with known history of COVID-19. Patients with previous COVID-19 infection should also comply with epidemiological control measures such as universal masking and social distancing.”

Other researchers theorized that COVID-19 immunity might last between six to 12 months, as is the case with other human coronaviruses. This Hong Kong patient seems to prove that theory. As more time passes, we might see more patients who developed COVID-19 in early 2020 get reinfections in late 2020 or early 2021. Such cases would prove that reinfection risk is indeed real, and that it’s happening much faster than any of us would have wanted.