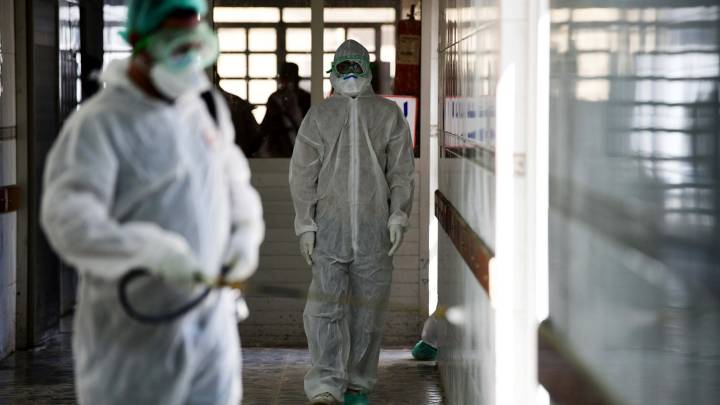 A series of reports a few weeks ago revealed a troubling detail about the novel coronavirus pandemic. Some patients who had been declared recovered after testing negative in hospitals puzzled physicians in China, Italy, Japan, and South Korea by retesting positive later.

Several explanations were offered for the patients that tested positive again, with scientists arguing these people might not be contagious. Instead, issues with test kits and human error might have been to blame. Also, some patients might have been discharged from hospitals too early to free up resources for severe cases.

An NPR report a few days ago said that second-time infections keep popping up in Wuhan, China, where the crisis began in late December 2019. Residents who had tested positive and then recovered tested positive again. And it’s not just a few cases. According to available data from several quarantine facilities in the city, anywhere from 5% to 10% of cured patients tested positive twice. These facilities keep patients under observation after their discharge. Some appear to be asymptomatic carriers, which implies they could still pass on the SARS-CoV-2 virus to other people.

NPR was in contact with four such individuals, including two doctors. One patient experienced severe COVID-19 symptoms and was hospitalized, while another only displayed mild symptoms and was quarantined in a special isolation center. But they tested positive again after recovery in a matter of a few days or a few weeks. It’s unclear which one tested positive weeks after being discharged.

One train of thought is that the negative tests before discharge were false. The report notes that China had a problem with coronavirus tests, as some identified positive cases just 30% to 50% of the time. Another theory is that some tests amplify residual DNA, and the second result is actually a false-positive.

The report notes that China doesn’t include these second positive tests in its coronavirus reporting, with the official party line being they’re not infectious patients. Asymptomatic patients aren’t included in the official COVID-19 count either, which is a perplexing decision that will alter China’s COVID-19 stats significantly. Wuhan hospitals continue to see new cases of asymptomatic virus carriers, according to a Chinese news outlet.

“I have no idea why the authorities choose not to count [asymptomatic] cases in the official case count. I am baffled,” one of the two doctors said. While they should be safe around others, according to China’s official policy, these four cases are still isolated for further observation.

“In terms of those who retested positive, the official party line is that they have not been proven to be infectious,” one of the doctors told NPR. “That is not the same as saying they are not infectious. If they really are not infectious, then there would be no need to take them back to the hospitals again.”