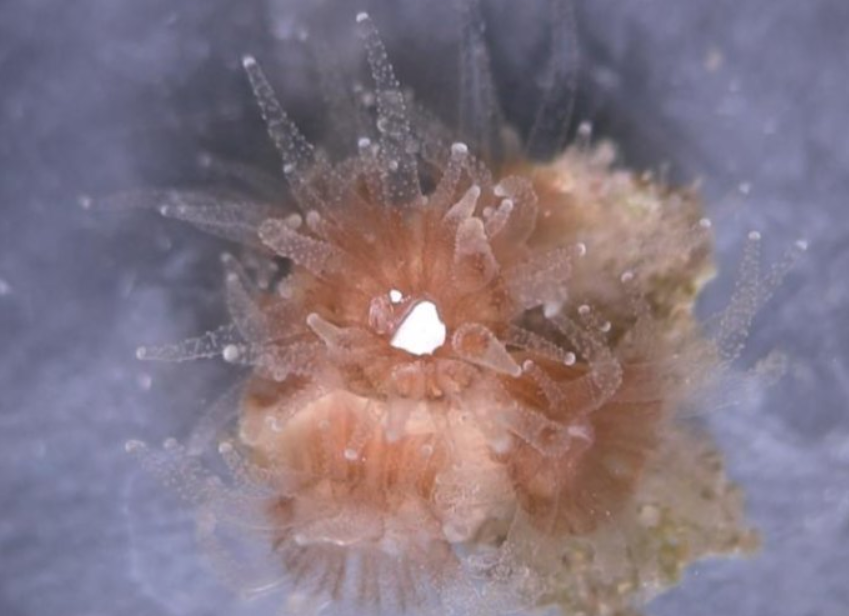 When you really think about it, humans are dumb, messy animals. Our trash has found it way to every corner of the planet, from the highest mountains to the deepest oceans, and we really need to do a better job of cleaning up after ourselves. But apparently some of our most long-lasting waste, plastics, are becoming food for coral, and they seem to really be enjoying it. Let’s just call this a happy accident.

Unlike other ocean dwellers who have been found with plastics in their stomachs, and who might have mistaken the bits of manmade debris as prey, the corals appear to be eating it because they actually like it. A new study out of Duke University suggests that some types of sea coral have taken to eating plastics as a food source, and they’re doing so because it tastes good.

“Corals in our experiments ate all types of plastics but preferred unfouled microplastics by a threefold difference over microplastics covered in bacteria,” Austin S. Allen, a PhD student at Duke’s Nicholas School of the Environment, explains. “This suggests the plastic itself contains something that makes it tasty.”

It’s important to differentiate the consumption of plastics by coral from the must more devastating effect our plastic waste has on other species such as birds and fish. Those animals tend to eat plastic bits that they mistake for normal food, and their eyes deceive them into thinking it is digestible. The coral, on the other hand, do not have eyes at all, and they are simply eating whatever they find that tastes good.

The most likely theory as to why the coral find certain types of tiny plastic so enjoyable is that the plastic contains some type of chemical that pleases their palate.

“When plastic comes from the factory, it has hundreds of chemical additives on it,” Alexander C. Seymour, who co-led the study, suggests. “Any one of these chemicals or a combination of them could be acting as a stimulant that makes plastic appealing to corals.”

So what does this mean for human waste in the oceans? Well, not much, really. The size and amount of the plastics consumed by coral is minuscule compared to the massive amount humans have allowed to cover beaches and drive aimlessly in the sea. Likewise, we don’t know what long-term effects the consumption of plastics will have on any type of wildlife, even if they seem to enjoy it. In short, don’t go throwing a plastic bottle off your boat because you’re trying to feed sea life, because that’s not at all how this works.