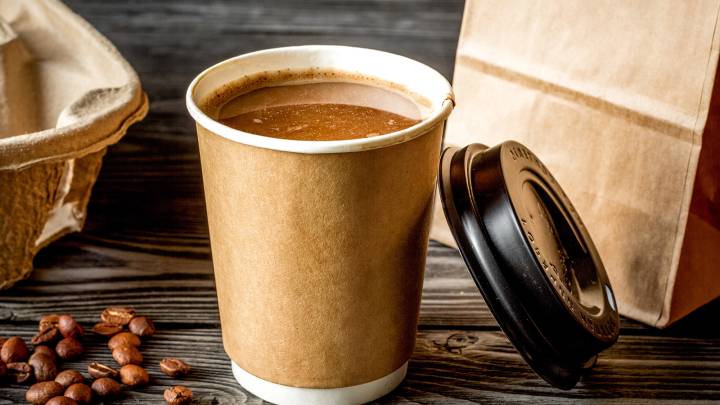 Some drink it to stay awake, others just because they like it. Either way, coffee and other caffeine-based products remain very popular. People have debated the effects caffeine intake has on the body for years. Recent research showed that drinking coffee is good for the entire body, not just for giving your brain a boost, as long as you don’t go overboard. But a brand new study from Switzerland delivers less optimistic news about the direct effect of coffee on brain structure.

According to the new study, regular caffeine consumption leads to a reduction in gray matter, especially in a brain region that handles memory. The side effects are transitory, however, and they don’t seem to impact memory. In fact, quitting coffee for 10 days appears to be enough to restore the gray matter volume.

A team from the University of Basel conducted a study to determine the effects of regular coffee consumption on the brain. The researchers attempted to determine whether regular caffeine consumption can affect the brain’s structure and cause poor sleep. Coffee keeps people alert and can disrupt regular sleep if consumed in the evening. Studies have already shown that sleep deprivation might impact the gray matter of the brain.

The results of the study were surprising. The caffeine consumed during the study did not result in poor sleep, but the researchers did notice changes in gray matter volume nonetheless.

20 healthy young individuals were chosen for the study and all of them were regular coffee drinkers. They were given tablets over two 10-day periods. During one period of the study, the pills contained caffeine. During the other period, they were placebos. 10 of the volunteers started on caffeine before switching to placebo, and the other 10 started on the placebo and then moved to caffeine. The study was a double-blind, randomized, cross-over research project, meaning the researchers and the volunteers had no idea what they were getting, but all the subjects went through both phases of the research protocol.

The participants were told to take the three pills at 45 minutes, 4 hours, and 8 hours after waking up during a nine-day ambulatory phase meant to prevent eventual withdrawal effects. They also complied with a fixed sleep scheduled that involved at least 8 hours and 30 minutes of sleep and no napping during the day. Participants were asked to abstain from other caffeinated drinks and foods during this phase.

After that, the treatment continued in the laboratory phase, where the researchers controlled diets and sleeping schedules. Access to smartphones and other forms of social contact was forbidden during that time. The researchers performed regular MRI scans to determine the effects of coffee on the brain, while sleep was monitored via polysomnographic recordings that included EEGs.

The researchers found that sleep was not impacted by caffeine intake. The depth of sleep was similar regardless of whether the volunteers consumed caffeine pills or a placebo.

But they found a significant difference in gray matter. After 10 days of placebo, the gray matter volume was greater than it was at the end of the 10-day period with caffeine tablets. Gray matter refers to the parts of the brain made of nerve cells’ bodies. It’s present towards the exterior regions of the brain, and it’s responsible for everything that happens with the body. Various regions of the brain’s gray matter control movement, speech, emotions, memory, and more. Conversely, white matter includes the neural pathways, which are nerve cell extensions that act as connectors to other nervous system regions.

The gray matter volume change was “particularly striking” in the right medial temporal lobe, including the hippocampus, a brain region responsible for memory consolidation. It’s unclear whether coffee intake would impact memory, and the authors could not prove that memory loss occurred, although they did conduct memory tests during the study. The researchers also found that 10 days of coffee abstinence was long enough to regenerate the gray matter volume significantly.

“Our results do not necessarily mean that caffeine consumption has a negative impact on the brain,” study lead  Dr. Carolin Reichert said in a statement. “But daily caffeine consumption evidently affects our cognitive hardware, which in itself should give rise to further studies.”

She continued, “The changes in brain morphology seem to be temporary, but systematic comparisons between coffee drinkers and those who usually consume little or no caffeine have so far been lacking.” More research will be required to determine the effects of coffee on healthy subjects who regularly consume caffeine-based products.

The full study is available in Cerebral Cortex.