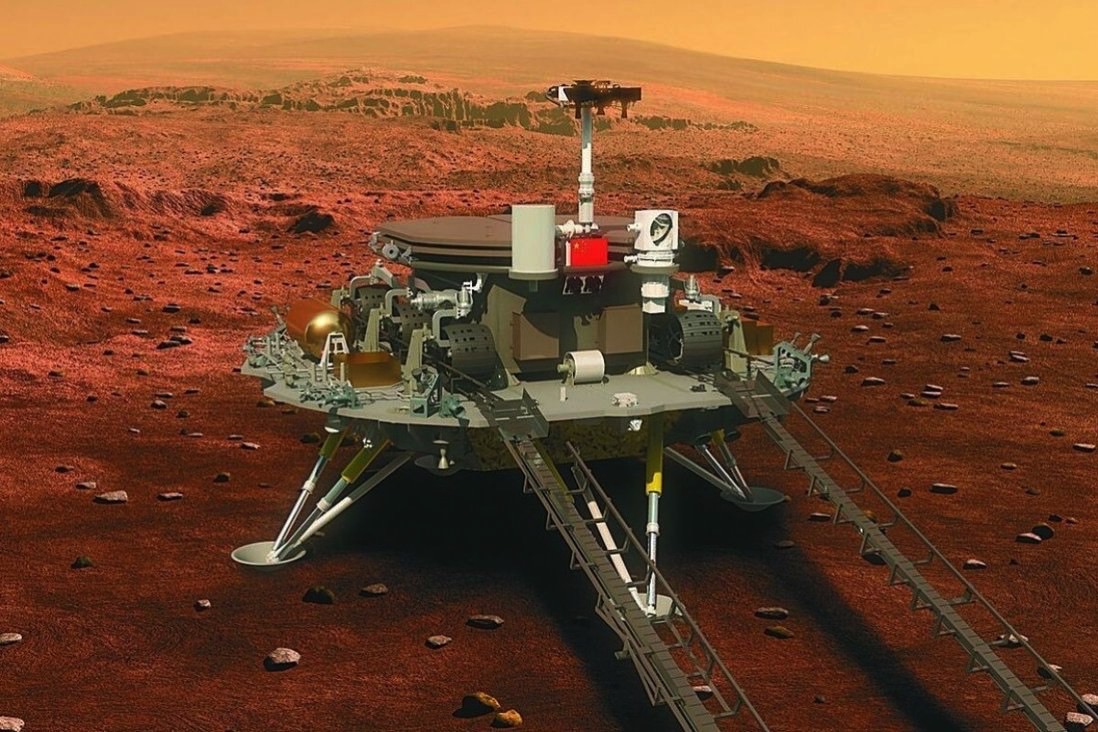 China’s Zhurong Mars rover may be in a lot of trouble. According to new reports in the South China Morning Post (SCMP), the Chinese Martian exploration vehicle has yet to awake from its hibernation sequence following the cold and dusty Martian winter.

According to the reports, China’s Mars rover was put into a hibernation sequence in May of 2022, just a year after it landed on the Red Planet. The hibernation sequence was intended to help the rover survive the harsh Martian winter sandstorms before resuming its exploration. However, it appears that the rover has yet to wake back up.

Two sources told the South China Morning Post that the China Mars rover should have awakened and resumed communication on December 26. Chinese space authorities are scrambling to figure out what the issue is. One plan to determine the problems relied on sending the Tianwen-1 probe to check the area and see what the cause of the issue could be.

Unfortunately, Chinese space authorities have also had problems contacting the probe and downloading the latest data from the orbiting probe’s two attached cameras. The China Mars rover was designed to awaken automatically when two conditions were met.

The first condition required at least 140 watts of power, while the second required the internal components to exceed minus 15 degrees Celsius (5 degrees Fahrenheit). Unfortunately, at least one of those conditions does not appear to have been met just yet. The issue, some speculate, could be the solar panels that Zhurong relies on for power.

Some believe the sandstorms that accompany the Martian winter may have coated the panels in dust, keeping them from gathering sunlight to convert into power for the rover. Zhurong was only designed to last for three months. However, China’s Mars rover has remained operational for over a year, traveling nearly 2km to survey the planet.

Zhurong wouldn’t be the only Martian spacecraft to fall prey to the harsh Martian sandstorms. NASA’s own InSight Lander died earlier this year because it couldn’t generate power as sand had covered its solar panels.

Even if China’s Mars rover calls it quits here, the nation has already accomplished something that only it and the United States have managed to accomplish. Every successful or failed spacecraft that lands on the Red Planet brings us one step closer to pulling off a manned mission to Mars in the future.