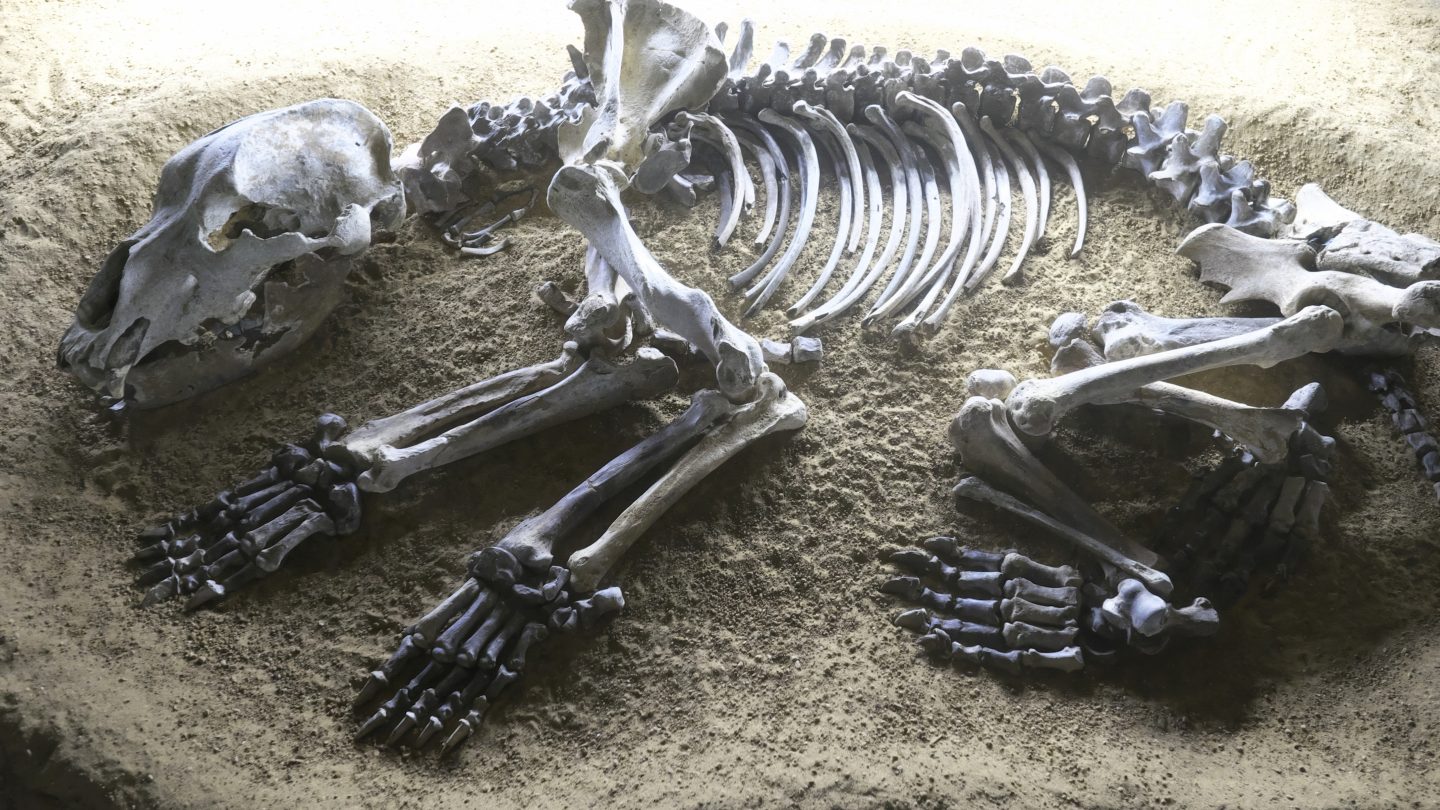 Cave bears no longer exist. They went extinct tens of thousands of years ago, and all we have left of the massive ancient creatures are fossils. Figuring exactly why they disappeared has proven to be a significant challenge for researchers, with some believing that a changing climate ultimately doomed the species.

Now, a new study published in Scientific Reports paints a much different picture of the demise of the great bears, and it’s looking more and more like human ancestors were to blame.

Cave bears were intimidating beasts, with males weighing in at well over a thousand pounds and some specimens possibly weighing as much as double that. You wouldn’t want to run into one, especially if you were a Neanderthal searching for a cave to spend the night. It’s this conflict that may have ultimately pushed the animals to extinction.

For their study, the researchers examined the remains of 59 cave bear specimens found across more than a dozen fossil sites throughout Europe. By sampling the bones and obtaining the genome information, the researchers were able to plot out a timeline showing the rise and fall of the bear population, with a particularly dire drop in population right around the time that Homo sapiens were beginning to spread across the continent.

The bear has appeared in cave paintings dated from the time early humans were moving throughout Europe, so we know that the two species came into contact frequently. Combined with the fact that the bears began to die off as soon as humans arrived, the data suggests that ancient people were indeed successfully hunting the bears.

It’s not exactly a smoking gun — and it’s possible or even likely that multiple factors contributed to the decline of the cave bear population — but the timing seems a bit too convenient to be a mere coincidence.