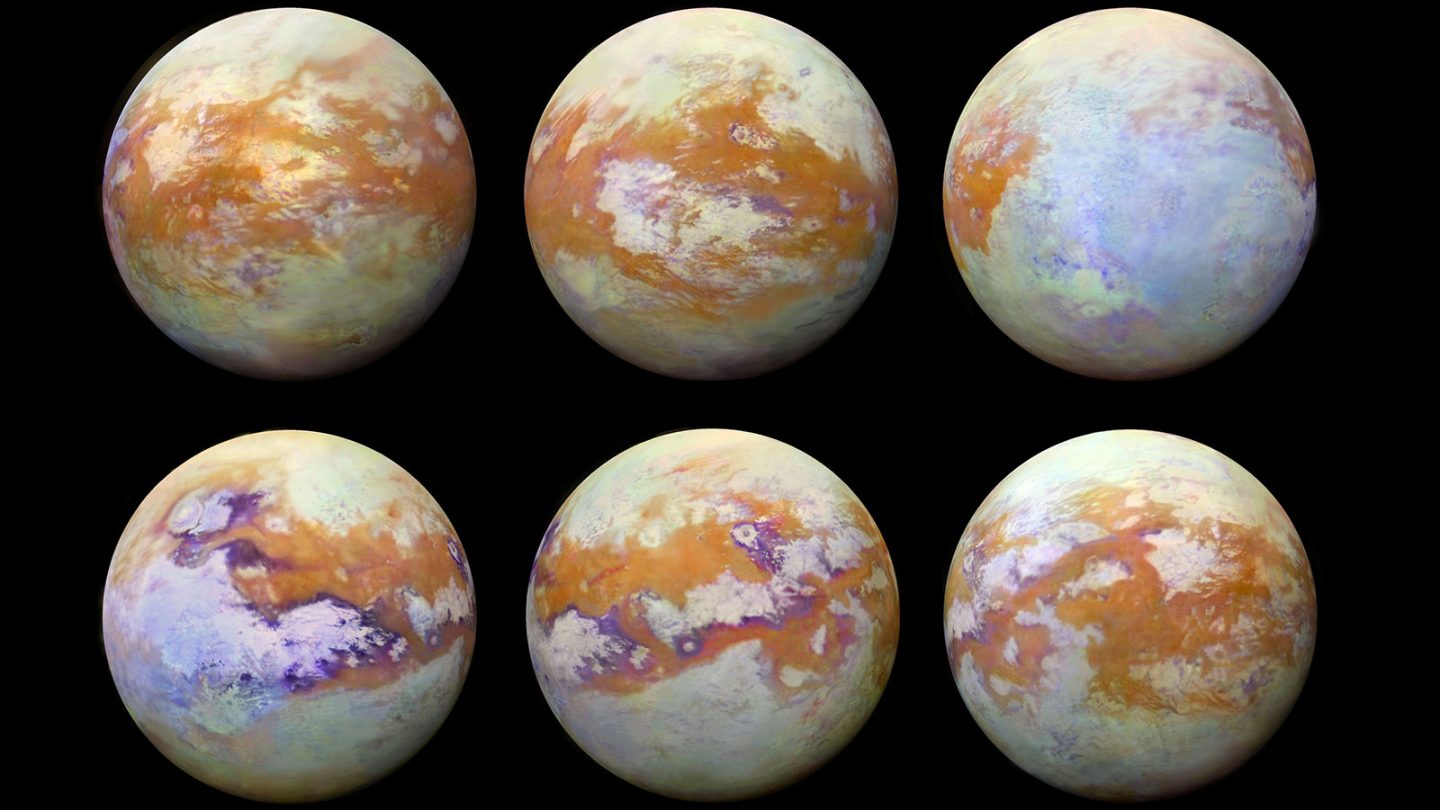 NASA’s Cassini orbiter is dead. It’s been dead since late last year, having completed an extended mission and a series of daring dives through Saturn’s iconic rings, and ultimately found itself slamming through the planet’s thick atmosphere where it was essentially vaporized. The spacecraft may be gone but the wealth of data that it sent back to Earth over the years is still being pieced together, and NASA just revealed some images that serve as a fitting example of that.

The images are a series of six infrared snapshots of Saturn’s moon Titan. They’re wildly colorful (thanks to the magic of infrared imaging) and they show the moon in remarkable detail.

Okay, so if the images are as awesome as they clearly are, why are we only seeing them now? Well, these aren’t photos that Cassini snapped as it cruised by — we’d likely have seen them months or even years ago if that were the case — but are actually massive composites of over a decade’s worth of mapping data captured by the spacecraft’s powerful imaging tools.

According to NASA, the images we see here represent 13 years worth of data that the orbiter sent back to Earth, and it’s taken researchers a significant amount of time to piece it all together. Like a massive, multi-layered puzzle, the data used to create these images was gathered at different times and the moon was imaged under different conditions, allowing for the most accurate view of Titan as possible.

“Making mosaics of VIMS images of Titan has always been a challenge because the data were obtained over many different flybys with different observing geometries and atmospheric conditions,” NASA explains in a post.” One result is that very prominent seams appear in the mosaics that are quite difficult for imaging scientists to remove. But, through laborious and detailed analyses of the data, along with time consuming hand processing of the mosaics, the seams have been mostly removed.”