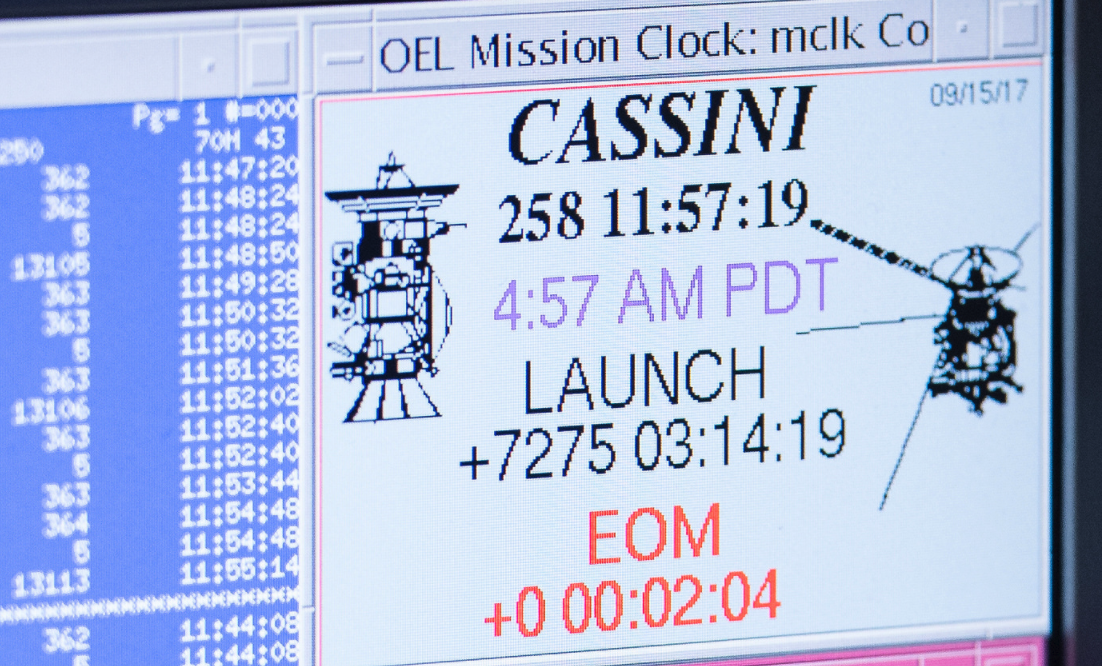 If you woke up this morning feeling a little down for a Friday, that might be because the entire scientific and space watching community is mourning the demise of NASA’s incredible Cassini Saturn orbiter. The spacecraft slammed headlong into Saturn’s atmosphere just hours ago, putting a fiery exclamation point on what has been a truly historic mission.

Cassini was first launched in October of 1997, nearly two decades ago, and it didn’t actually begin orbiting Saturn until 2004, having spent nearly seven full years on its journey alone. But once it arrived, the craft began what began an extremely thorough, 13-year survey of the planet, its moons, and the of course the iconic rings of debris that give Saturn its personality.

It snapped gorgeous photos, showed us Saturn’s peculiar poles in a way we’ve never seen them before, and discovered new features of the rings that scientists were surprised to learn. Its extended mission was one of the most successful for a NASA spacecraft in its history, and after 13 years of study it ultimately had to sacrifice its own life not because it was antiquated, but because its plutonium fuel source was finally running out.

And so, NASA sent Cassini on a one-way trip to Saturn’s atmosphere, where the craft met the incredible force of friction at a speed of tens of thousands of miles per hour. It sent back its final wisps of data as it burned up, and eventually disintegrated in a ball of fire. NASA celebrated the bittersweet event with a live stream, revealing the very last moment of Cassini’s life, and officially declaring the end of an incredibly epic mission.